There are so many different cuisines, but bread in some form or another is found in them all.

In India, we find flat naan bread; in France, we have the ubiquitous long, chewy baguettes, and Jewish people all over the world enjoy eggy challah.

While cooking methods vary, the basic ingredients are usually the same: flour in some form, water, yeast, and salt.

Despite its name, Brewer’s yeast isn’t only used to brew beer.

The bitter-tasting fungus that we know of as yeast is used to make beer, bread, and nutritional supplements. It’s a probiotic and a good source of B vitamins.

However, in this article, we’re going to focus on its use in bread making and what you can use as a substitute if you don’t have any.

The yeast used for brewing and the one used for bread making is two different strains of yeast. While they do the same job, there are subtle differences in flavor and action.

How does it make bread rise?

Yeast works as a raising/leavening agent for bread and other baked goods. When warm water activates yeast, it begins to feed on the starches and sugars in the flour.

As it does this, it releases carbon dioxide (CO2). This CO2 gas creates little pockets in the dough, giving it a soft and airy texture.

In these days of lockdown due to the coronavirus pandemic, many housebound families have begun baking their own bread to prevent frequent trips to the grocery store.

As a result, grocery stores and bakeries have experienced shortages of yeast.

Also, in countries where alcohol sales are banned during a lockdown, people resorted to brewing their own beer and alcoholic beverages.

Because of these shortages, it’s good to know that brewer’s yeast and baker’s yeast are interchangeable, so feel free to experiment.

We’ll give you a few other substitutes in case you can’t get any form of yeast at all.

If you don’t have any brewer’s yeast, you can use one tablespoon of nutritional yeast per loaf of bread.

This yeast is created from a similar yeast strain to the one from which brewer’s yeast is made.

Nutritional yeast has a nutty taste and usually consists of yellow flakes that can easily blend with the flour and other ingredients.

You can add this yeast to smoothies to make the most of its high vitamin B content.

Yeast extract has a rich, salty flavor and is usually used as a spread for croissants and bread.

The famous yeast extract is sold under the brand names of Vegemite, Marmite, and others. It is sold in most supermarkets. 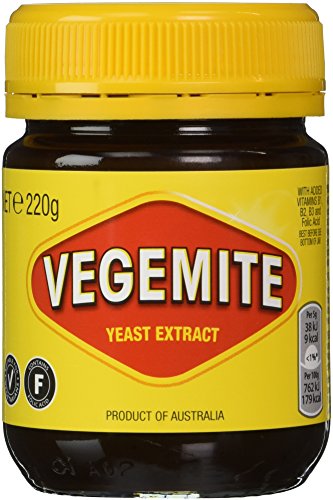 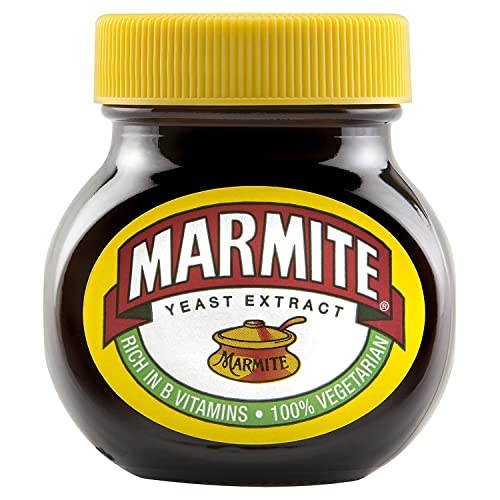 While it retains the yeasty flavor making it perfect for adding to sauces and soups that require yeast for the flavor, it is useless as a raising agent.

This is because, in its production, the yeast extract is heated, inactivating the yeast spores.

Miso is the combination of soybeans, rice, barley, and wheat to make both a pasty and a powdery form.

Miso is formed after the ingredients have been fermented together for about three years, so it’s pretty special.

Like Vegemite, miso can be used as a substitute for brewer’s yeast in soups, sauces, ramen, and bread.

However, while providing a delicious salty, umami flavor, it will not produce any leavening effect.

To get this, you will need to treat the dough as a sourdough. There are many recipes for how to do this online.

This is one of the most common substitutes for brewer’s yeast. You can use sourdough to make bread, cakes, and pizza.

Sourdough bread has a distinctive tangy flavor. It uses an ancient technology for preserving and storing yeast for long periods.

The yeast is cultured from the natural yeasts found in the air and kept alive in a “sourdough starter” medium.

The production (which you can easily do at home) involves mixing flour and water and exposing it to the air.

A natural community of bacteria and wild yeasts will colonize the mixture. These have the ability to leaven bread.

Again, look online for specific instructions on how to do this.

When you want to make bread, pizzas, or desserts, baking soda is a great replacement for brewer’s yeast.

However, it requires the addition of an acid in some form to the recipe to activate it.

The acid is usually added in the form of apple cider vinegar, lemon juice, or cultured dairy products like yogurt or buttermilk.

If you opt for yogurt, take 125 grams of yogurt and mix it with half a teaspoon of baking soda for the perfect yeast substitute.

When you cannot find fresh brewer’s yeast, you can always use a sachet of dry brewer’s yeast. You can easily use this for pizza and bread dough. 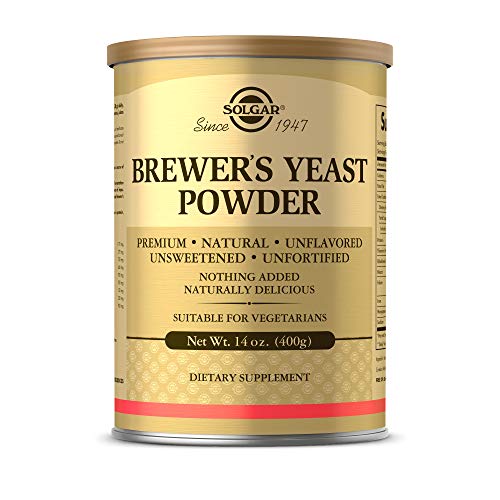 You would normally substitute 7 grams of dried yeast for 23 grams of fresh ones.

Instead of dissolving it in liquid first, you can add the dried yeast directly to the dry ingredients as with fresh yeast.

However, we suggest that you read the instructions on the packet.

This yeast is designed to produce greater amounts of carbon dioxide than brewer’s yeast and promises a better outcome when baking.

For this reason, you can use less baker’s yeast when using it as a substitute for brewer’s yeast.

For instance, when a recipe calls for 1 ounce of brewer’s yeast, you can substitute this for half an ounce of baker’s yeast.

The best thing about this substitute is that baker’s yeast works faster.

We hope our brewers yeast substitutes come in handy next time you run short of brewer’s yeast. Happy baking! 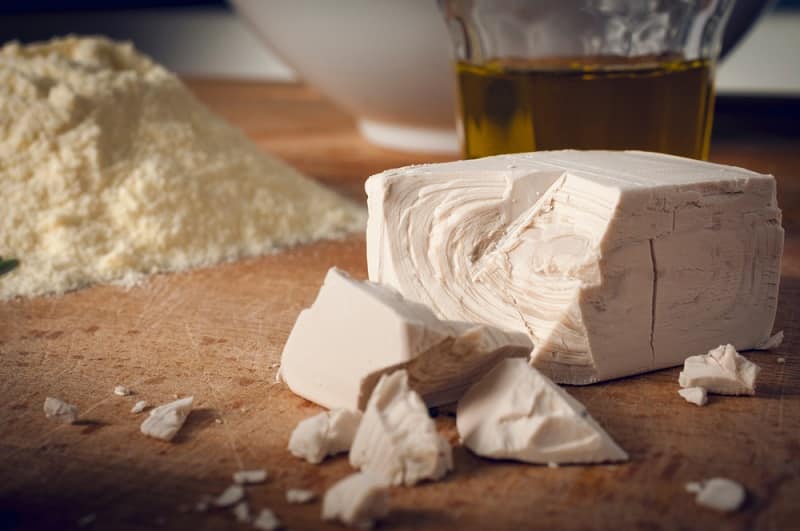