The liver is the most nutritious part of an animal. In 1934, the liver was discovered to be a compatible fighter against anemia and several other medical conditions. Beef and cow livers have a great influence on our health as they are considered as “superfood”. The liver tends to complete your daily portion of proteins. Apart from being medically recommended food, beef and calf liver tastes very delicious and juicy. So many people are confused between the beef liver and calf liver whether one is more nutritious or the other. In this post, we will pinpoint all the possible differences between beef liver and calf liver. Read on.

What Are Beef Liver And Calf Liver?

Adding beef or calves liver to your diet is recommended for everyone who wants to develop a healthy eating routine with fewer fats and more proteins. Livers have no fats at all but they are loaded with lots of proteins.

Beef liver is extracted from a grown-up cow while calf liver is taken from a young cow who hasn’t been a year old yet. Therefore, to put it in simple words, a calf liver is younger than a beef liver. Everyone has their own preferences when it comes to deciding which liver is to eat. Down here, we have compared and contrasted some possible differences between calf liver and beef liver.

When the cow reaches a certain age, they are slaughtered. If they have reached more than a year or so, their liver becomes tough and extremely flavorful due to high consumption of all kinds of plants. Their livers are aged more than the young ones. They are called mature beef liver. On the other hand, when a baby cow is slaughtered before it is one year old. We call its liver “calf liver”. Beef is a term used for grown-up and mature cows while the calf is used for underage and young cows, most probably cow babies.

Beef liver isn’t as tender and juicy as calf liver due to toughness with age greater than baby cows.

Here are more side by side differences between beef liver and calf liver for you to comprehend well.

Since baby cows don’t get to live more so they don’t get to eat more plants having pesticide effects. Therefore, the flavors of the baby calf are sweet and very mild. On the other hand, beef liver has strong and mature flavors that many people don’t usually like to taste. This is exactly why the demand for calf liver is greater as compared to beef livers.

Just like beef liver tastes very flavor and heavy, they appear very dark and reddish type. The texture seems mushier when you cook beef liver when due to being old. While calf liver is fresh and tender with full of sweet and pleasant juices. The calf liver is tenderer than beef liver and they appear light red in color.

Moreover, beef liver has a higher amount of toxins due to the long consumption of pesticides containing plants. While calf liver contains a negligible quantity of toxins, making calf livers much likable for a human healthy diet.

Calf livers don’t get much time to cook since their meat is delicate and smooth. However, make sure that you don’t overcook the calf livers. On the contrary, beef liver is very tough to cook. It takes quite a time to cook. Always apply lemon juice or milk on beef livers before cooking to suppress the extra strong and unpleasant flavors.

Beef liver is available in higher quantity in the market while the calf liver gets out of stock as soon as it lands in the market. It is because of the high consumption of calf liver.

After everything we have gone through, it is quite obvious which liver is more expensive. Calf livers cost more than beef liver.

Beef liver and calf liver, both are great sources to treat anemia and produce blood in human beings. However, above are some differences these two livers possess. 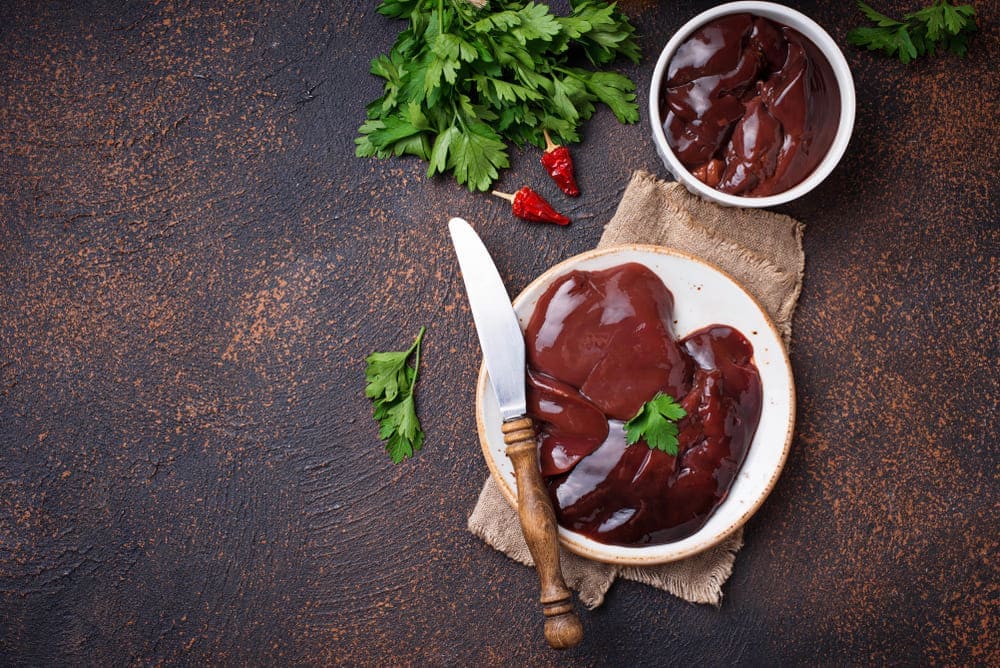