Anova crashed the market by launching its first sous vide cooking appliance in 2013. This cooking procedure is perfect for cooking restaurant-quality food. The idea of sous vide cooking was very far from home cooks. However, the latest technology-rich Anova appliances have made life easy for foodies.

Like any other electronic device, Anova sous vide appliances can cause some troubles. So, we will discuss some anova sous vide problems and their solutions to help you save up some precious time and energy.

Sous vide cooking refers to wrapping up food in a plastic bag and placing it in a water bath. The temperature and timings are adjusted according to the food type. You may get into some trouble while using the Anova sous vide appliance, but our list will help you fix some common issues.

A top feature of Anova is its wifi connectivity that allows you to control cooking via an app. However, there may be some connectivity issues. Here’s an easy fix:

Make sure the thermometer is not touching the tank and is immersed in the water.

Turn off your device and then turn it on. During booting, tap at the right upper corner 3 times to control the temperature read bias.

3) Steam from the water bath

If you do not have a lid on the water bath, the steam can get in the cooling vent and destroy your unit. So, it is necessary to prevent this from happening.

The major reason for constant beeping is the water level below the minimum level. So, adding more water should fix this issue. However, if it is not working, the problem can be trapped steam in the cooker head.

Remove the lid and allow the moisture to get absorbed.

A grinding noise is audible if the stainless-steel skirt is not fixed. Fix the skirt in the groove and turn it right until you hear a click. In case the stirring shaft is twisted, you have to push the impeller until it is in the center.

6) Circulator is not working

The circulation of water during sous vide cooking keeps the temperature even throughout the pot. If the circulator is not working, contact customer support to get a new one.

You can manually circulate the water too if your food is already in the pot.

7) Water is not heating

It is another common issue for Anova sous vide users. In such cases, the water may heat up initially but then it stops working altogether. You have to quickly get in touch with customer support. You can also give the device a break for a day to see if it makes any difference.

8) Unit not turning on

Did you have any trouble starting the unit? If yes, apply this easy fix.

Turn on the power switch placed right behind the display. The problem may lie in the switch you are using for connection. The cooker also has a power switch that needs to be turned on to start the machine.

The malfunction of a man-made device is not new. Anova has manufactured a top product but at times it causes some problems. You can always reach out to their customer support. If you have received a defective unit, you can get a new one.

Anova devices come with one year warranty. Furthermore, you can try out the solutions we have mentioned for some of the most common anova sous vide problems. Enjoy cooking restaurant quality and style food at home. 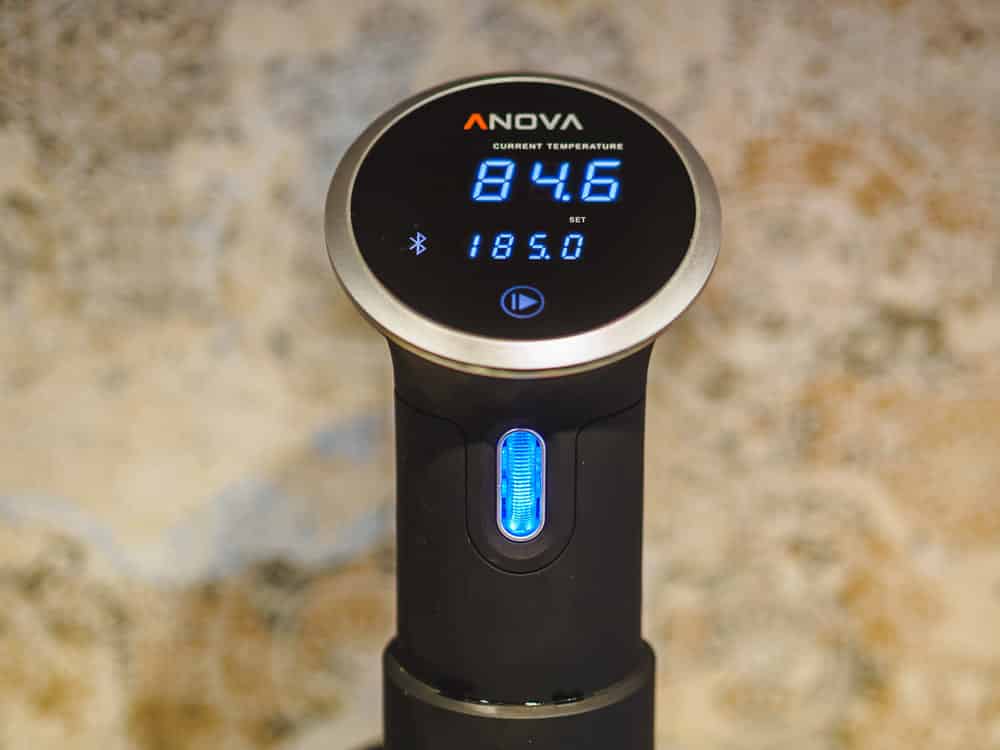