Before trying to fix your cinnamon rolls, it helps to know what they are and what they’re supposed to turn out like. They’re sweet rolls made with a type of white bread dough.

The risen sheet of dough is rolled out, brushed with melted butter, sprinkled with ingredients like sugar, cinnamon, and sometimes raisins. It is then rolled up, Swiss-roll style, sliced into individual buns and baked.

After baking, the rolls are sometimes further embellished with icing sugar or a sweet sauce. While cinnamon rolls are commonly known as an American tradition, many countries have their own variations.

Nordic countries, Austria, and Germany serve them too and call them zimtscheke. Sweden has a version called kanelbulle (cinnamon balls). Sweden and Finland even have a national day set aside for cinnamon buns.

Whatever you call them, they’re delicious and are supposed to be soft and fluffy like a freshly baked loaf of white bread on the inside and golden and crispy on the outside. They’re definitely not supposed to be hard.

If yours are hard, read on to find the cause so you can improve them next time around.

Why Are My Cinnamon Rolls Hard?

Cinnamon rolls, as we discussed, are supposed to be soft and fluffy with good moisture content. Overcooked, dried-out, hard rolls make for a sad cinnamon roll experience. 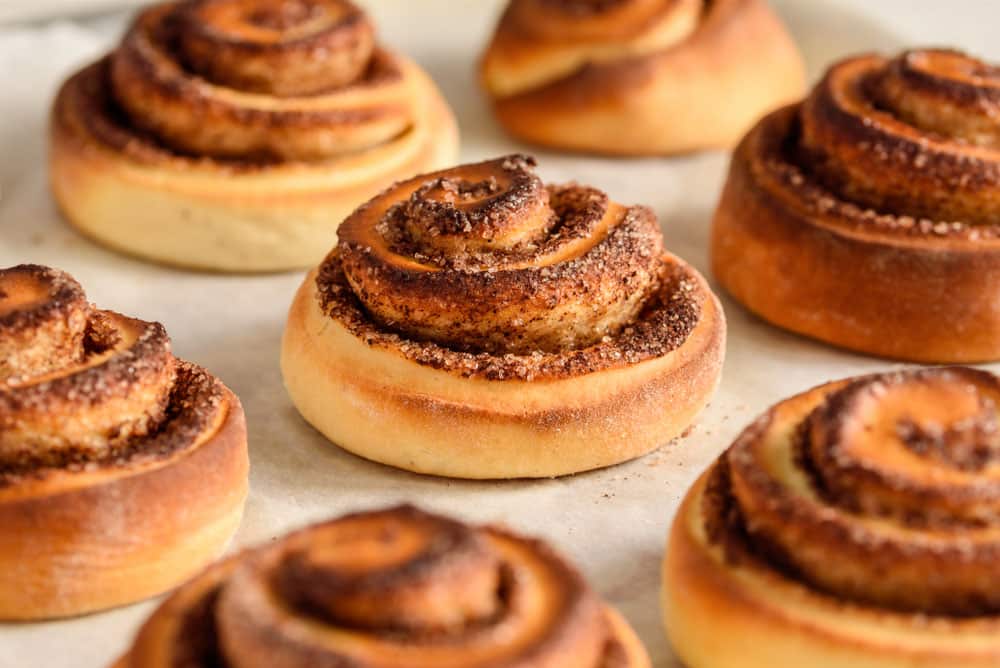 Bear in mind that the dough is supposed to resemble white bread dough which is soft, elastic, and springy to the touch. It’s never tough, hard, or dry. It must be made with white bread flour and yeast, not baking soda. The dough also needs to be kneaded and left to rise.

The first reason for your cinnamon rolls to come out hard is the addition of too much flour when making the dough. An excess amount of flour makes the dough hard and difficult to knead. Such dough will not rise properly and will result in hard, tough rolls. 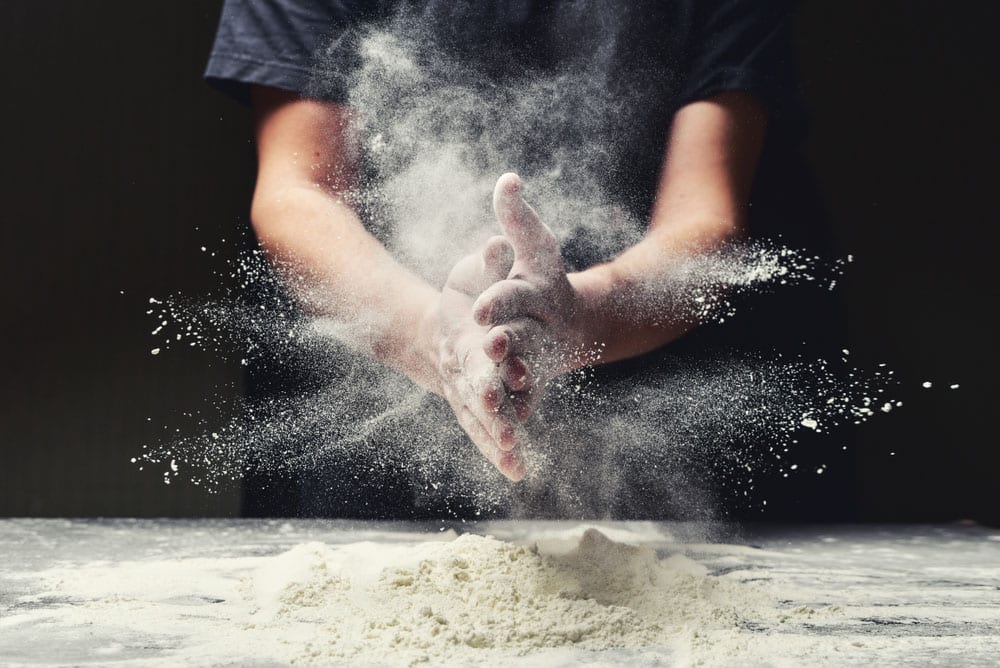 If you feel that your dough is hard, keep adding small amounts of warm water or milk and kneading it in until it softens.

375 degrees Fahrenheit is the sweet spot for your oven temperature when it comes to baking a perfectly fluffy, soft batch of cinnamon rolls. If your oven is hotter than this, it may result in hard rolls. Also, it’s vital to preheat the oven before putting the risen rolls in. 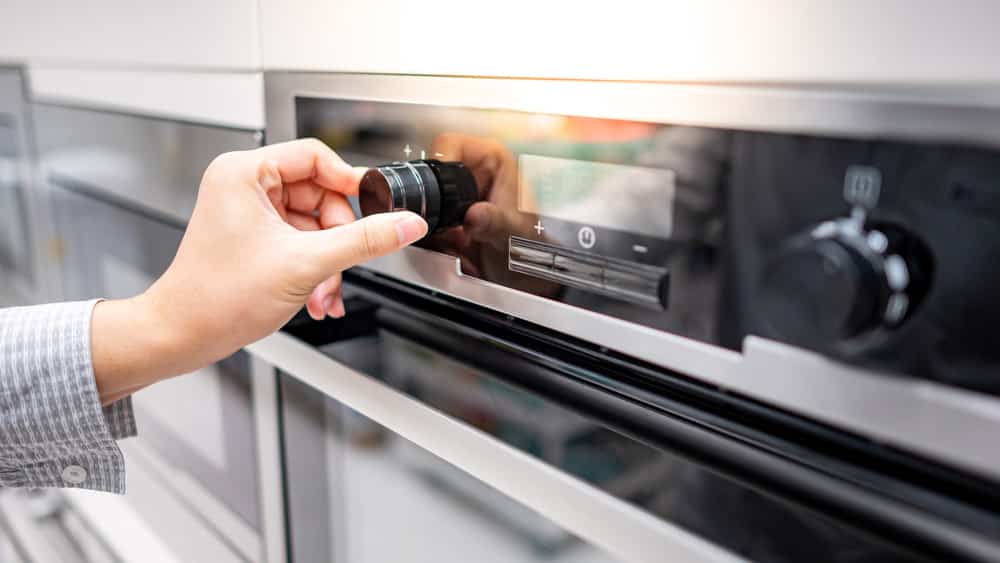 Never put them into a cold oven or they will dry out as the oven warms up. 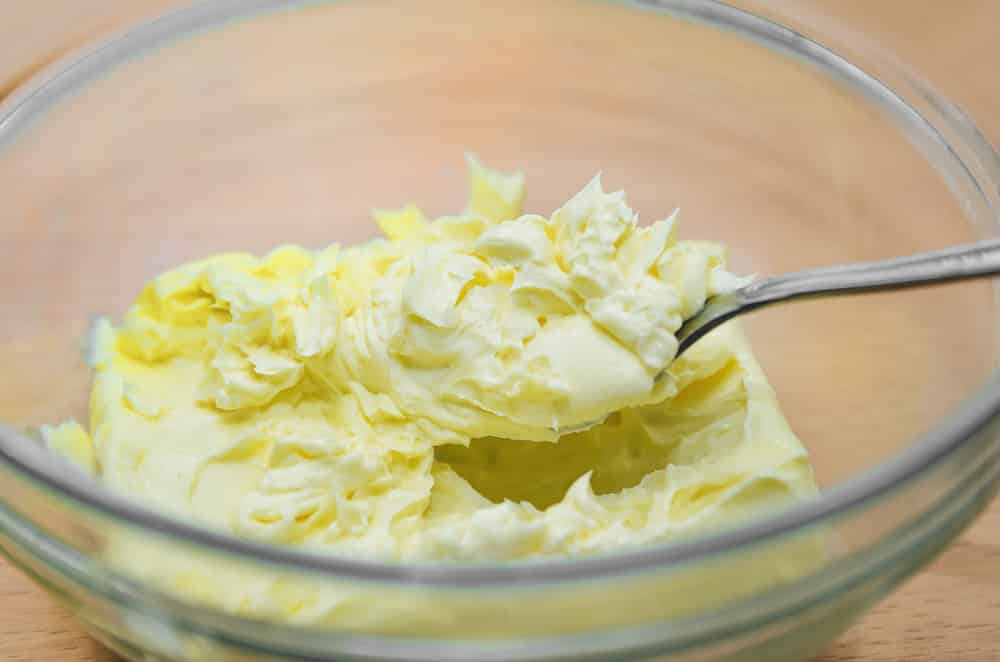 Brushing the dough with melted butter won’t give you as tender and fluffy a result as spreading it with softened butter. Make sure to use a generous amount of softened butter. Please, never use margarine or other shortening either as they won’t give a rich, authentic flavor.

When the dough has been made and kneaded to perfection, you need to set it aside to rise. A warmed, lightly oiled bowl is best for this. Put the dough inside and cover it with a damp tea towel or clingfilm to preserve the moisture content. 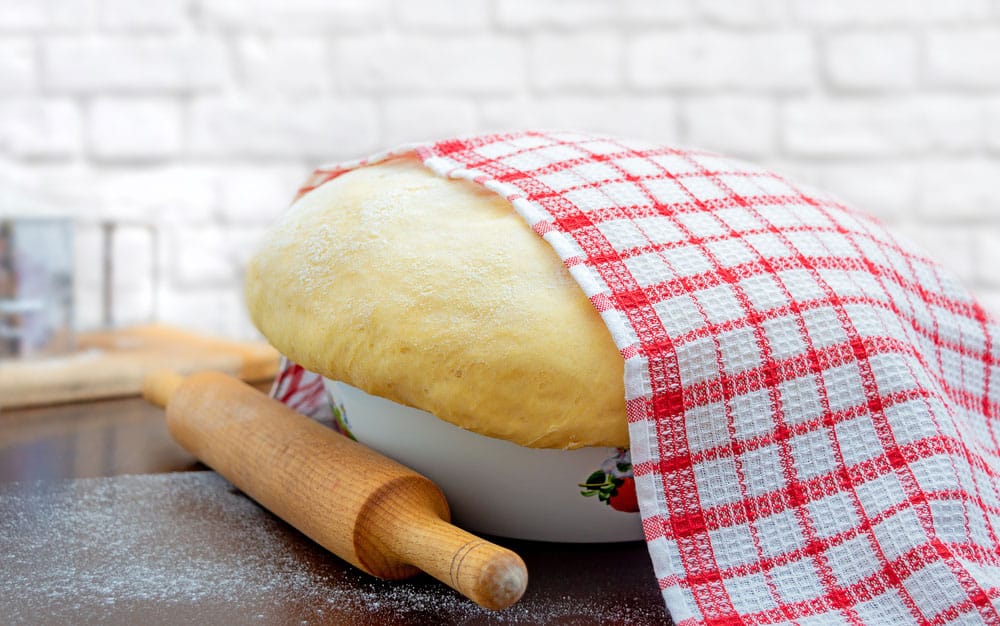 Set the bowl of dough in a warm place to rise until it’s doubled in size. Don’t be tempted to rush this process. Here’s where the bubbles that give the rolls their light, airy texture form in the dough. 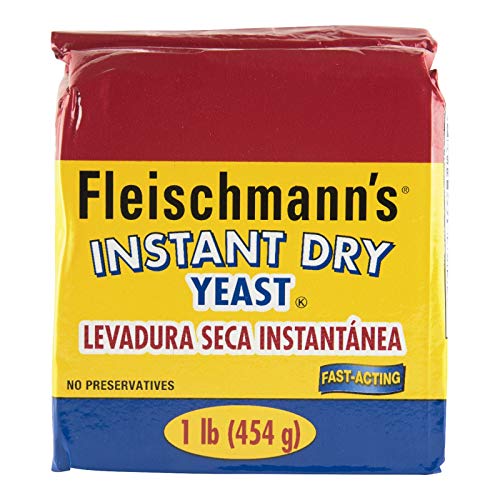 If your yeast is old, it will not cause the dough to rise properly. If your dough hasn’t risen, don’t be tempted to use it. It will not rise in the oven either and anything you make from it will be hard and dense. Rather throw it away and begin the process again with some fresh yeast. 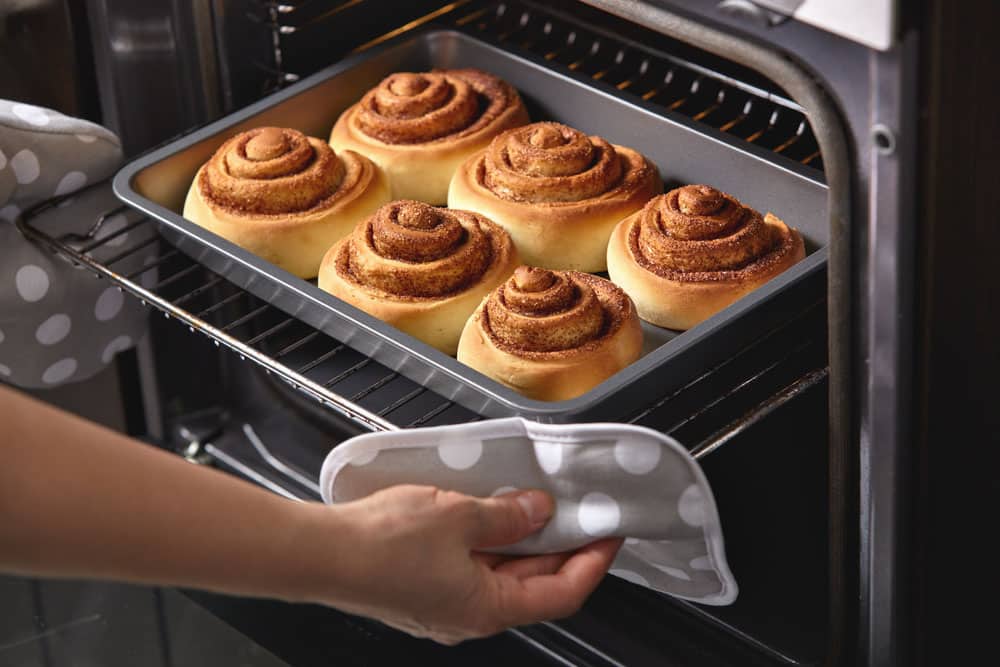 Keep an eye on the rolls when they’re in the oven and remove them as soon as they are golden and smelling heavenly. Use an oven timer if you tend to forget things in the oven. 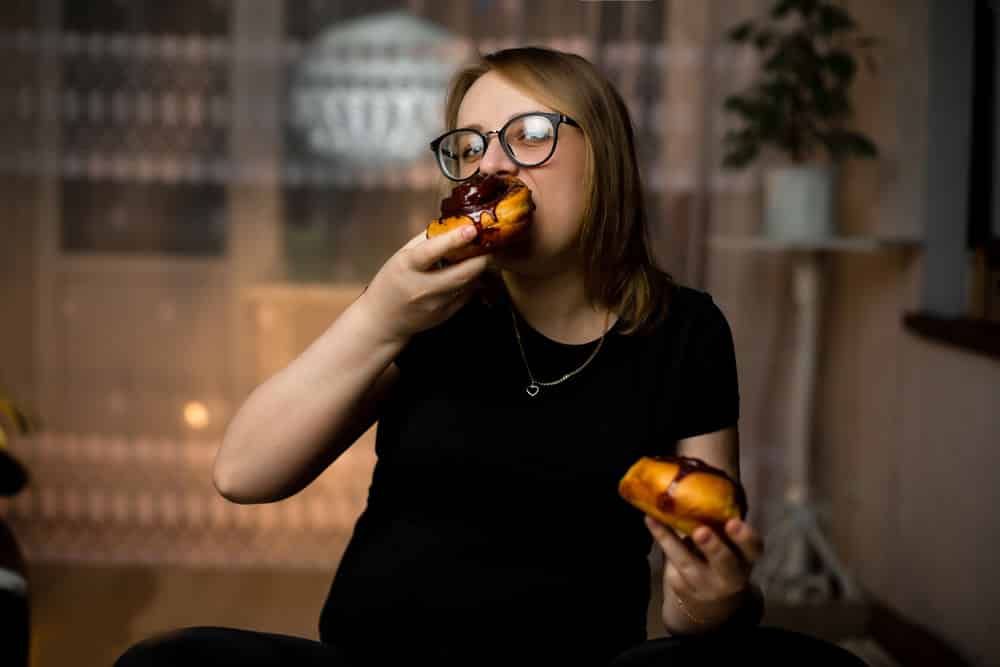 Cinnamon rolls are best eaten fresh on the day they were made. At a push, you can keep them until the next day in an airtight container, much as you would store bread rolls. If you keep them any longer than that, they will become stale and hard. 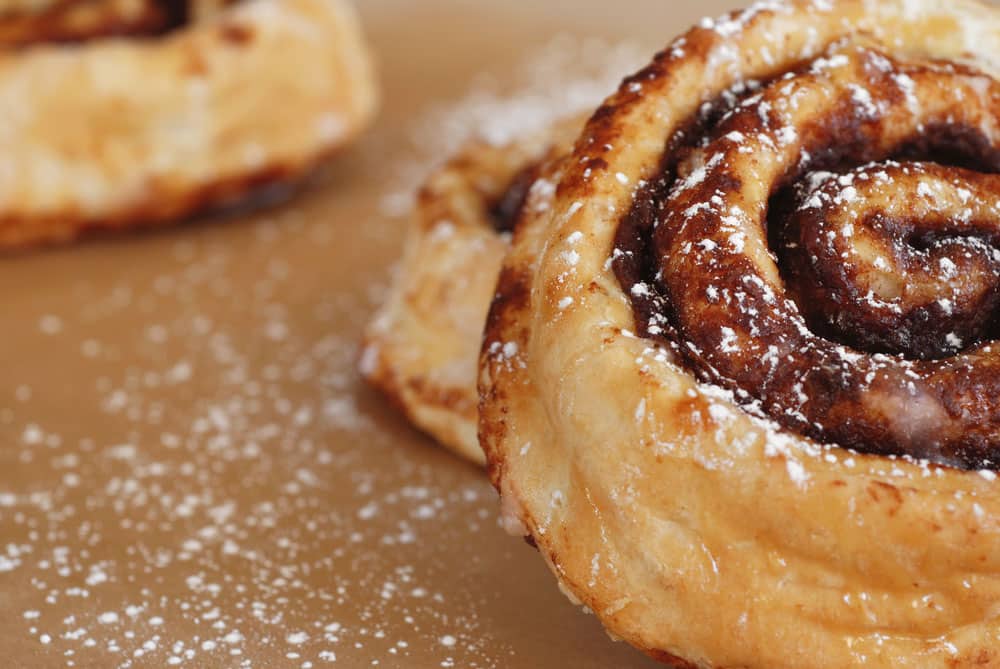 Now that you know the secrets to perfection, we’re sure your next batch of cinnamon rolls will turn out soft, puffy, and delicious. They will be eaten so fast that they won’t have time to become stale! 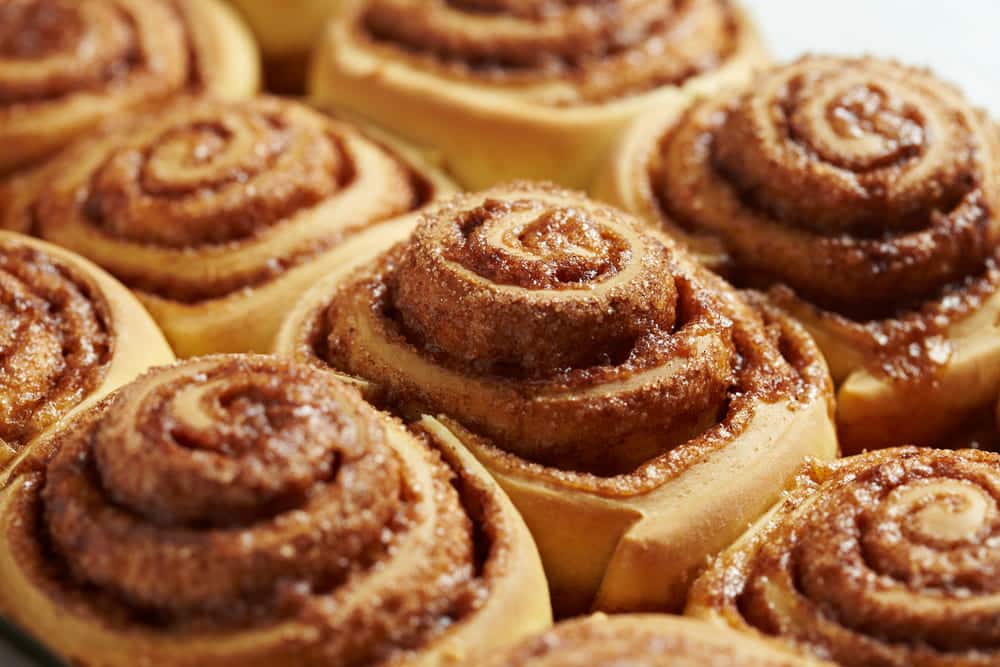