Subway is one of the best options for people who like eating healthy and snacking on submarine sandwiches. The sandwiches are made from different types of bread varieties and they have an extensive range of bread flavors, including nine-grain wheat, hearty Italian, and many more. Since the bread is delicious, soft, and available in so many options, many people wonder where Subway gets its bread dough. So, if you’ve been wondering the same, we have some information for you!

Where Does Subway Get Their Bread Dough?

The bread used by Subway used to be mixed in-store options in the past few years, but now, the bread is made off-site as there are various large-scale food processing platforms available. Rather than dough, the bread is delivered to the stores on a biweekly and weekly basis in the form of frozen breadsticks. The staff at the store thaws the bread, proofs it, and bakes it twice a day to keep up with the demand.

In addition, Subway gets their supply of wheat bread and white bread, and then, it’s topped with different seasonings during in in-store baking process. According to some insiders, currently, the bread is produced at high-tech and dedicated production facilities. In fact, many people say that breadsticks never come in contact with human hands to prevent contamination.

Having said that, if the bread really comes from these off-site production facilities, it’s safe to say that there would be multiple facilities that keep up with the demand. On the other hand, there have been various documentaries related to how Subway operates.

One of these documentaries suggested that the Subway stores get their dry ingredients for every bread loaf, which is mixed with a specific amount of water and is baked in-house. So, there are chances that some Subway stores make their own bread.

The documentaries that suggested that Subway stores make bread in-store are pretty old and the experts actually suggest that the process has changed. That’s because the Subway stores are no longer making their own bread. Instead, the bread is made by different food production facilities, including Aryzta, Southwest Baking, and Lineage Logistics. In addition to sourcing the bread, the companies also research new bread recipes for the store and experiment with healthier ingredients to offer improved flavors.

In the beginning, Subway was known to bake the bread fresh in-store every day, but with the expansion of the franchise, Subway depends on the said food production facilities to meet the bread demands. It wouldn’t be wrong to say that these companies play an important role in Subway’s operations as these companies are responsible for preparing different types of bread (they use 51% pure grains to keep it healthy).

Do They Make Their Own Bread?

In the initial years, the company would make bread in-house but the company process has now changed. However, the Subway stores precook the bread before it is served to the consumers. In simpler words, the companies like Aryzta, Southwest Baking, and Lineage Logistics supply the cooked bread to Subway stores in the US but the store staff heats up the bread to make sure it’s prepared well. Given this bread supply chain process, Subway has become one of the most efficient and fastest food chains.

How Did Subway Prepare The Bread Every Day In The Past?

We have mentioned various times that Subway used to prepare bread every day in stores back in the day. So, if you are wondering, how it happened, we have the details. In particular, the suppliers would send the frozen bread to the store and the staff would bake the bread all day long according to the consumer’s needs. In addition, the bread used to be defrosted and was floor-proofed. The next step was to season the bread with different ingredients to create different flavors before it was finally baked in the oven.

The bottom line is that Subway has three different companies sourcing bread every day to keep up with consumer demands. However, it wasn’t always the case as the stores would get frozen breadsticks, which were baked by the staff. As for now, the staff only has to preheat the bread! 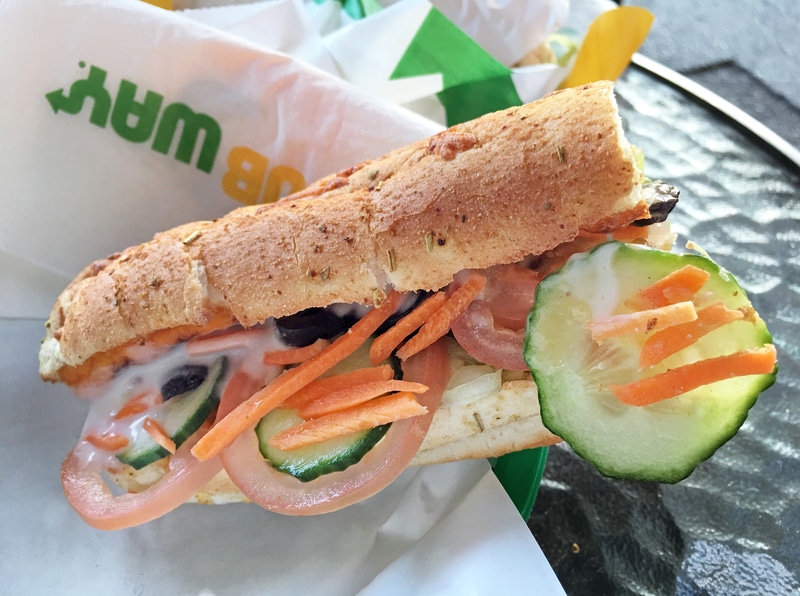