What Is Oyster Salad?

There are different ways of preparing the oysters for the salad but steaming is the most common method because it helps retain the real and tender texture. For this purpose, you have to steam the oysters until they are plump and throw them in cold water. Once the oysters are cooled down, you have to cut them in half and sprinkle them with salt. Then, cut four heads of celery and mix them into the salad.

To prepare the salad dressing, you have to beat four eggs to achieve the creamy texture, add a teaspoon of dry mustard, half a cup of sugar, and one teaspoon of cornstarch. Mix all these ingredients to make the dressing. To add some spice to the salad, you have to add a bit of cayenne pepper and a cup of vinegar. Once the ingredients are mixed up and cold, just add some sweet cream on the top and serve the salad.

If you don’t want to steam the oysters, you can also boil them in their own liquor and plunge them into cold water to make sure they are white and plump. Once they are out of the water, season them with salad oil, butter, salt, lemon juice, and cayenne pepper. Once the oysters are seasoned, you need to cut and add other salad vegetables and stir everything together with mayo dressing.

When it comes down to oyster salad, there are multiple recipes that you can try. However, the majority of oyster salad recipes result in tangy and sour salads because the oysters have a slightly salty flavor, and the ingredients like lemon juice and vinegar pair up well.

Best Ways To Prepare The Oysters

We have already mentioned that you’ve to use fresh oysters to make the salad, which means you’ve to cook them. For this reason, we are sharing some ways of preparing/cooking the oysters, such as; 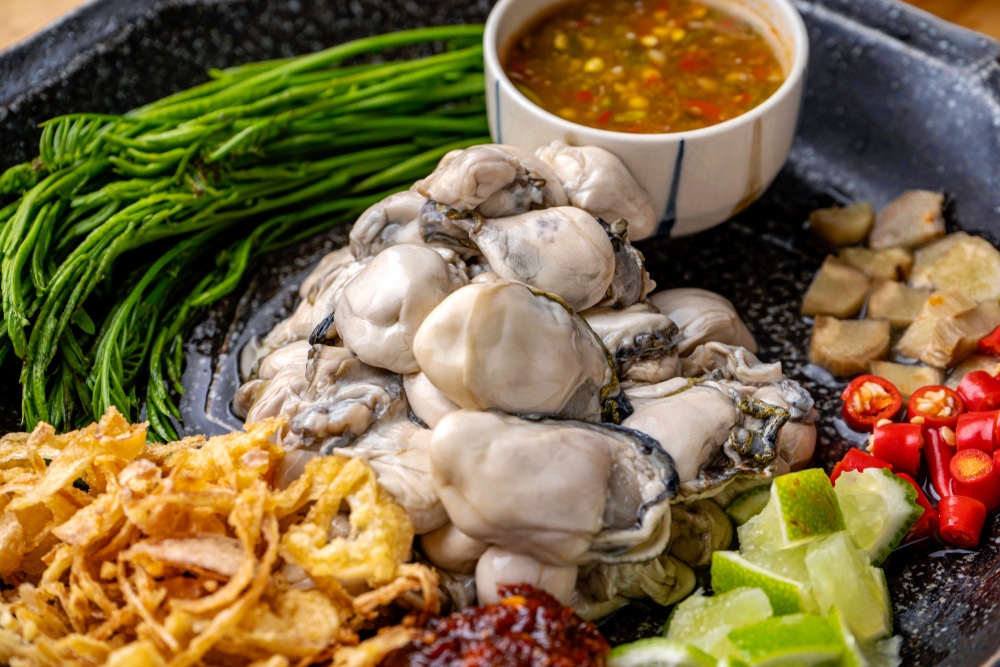