Your kitchen is always incomplete without the creams. That’s to say because you need creams to make that perfect white sauce, savory cheesecake, and those amazing cake fillings and frostings. However, the biggest misconception is that people think one cream fits it all, which is a wrong concept. That’s to say because there is a variety of creams available for different purposes. With this being said, if you need to know about double, this article is everything you need. So, let’s get creaming, shall we?

What Is Double Cream?

The fat content in double cream makes it a perfect cooking ingredient. This is because double cream is fine for puddings and sauces as well. After all, it gives out a perfectly silky texture. As far as the taste is concerned, it promises a very indulgent experience, given the ample fat content. In addition to the delicious taste, the high-fat content also makes double cream easy to freeze, whip, and boil.

However, some people overdo the boiling and whipping, which can lead to a grainy texture. We are saying this because overwhipping will start separating the cream away. Well, if you overdo the double cream, it might even turn into butter. The double cream is readily available in Australia and Europe but make sure you search for double cream because it’s very confusing given the variety of creams.

As far as the whipping is concerned, you should add half an ounce of milk in one cup of double cream during whipping to make sure it doesn’t get too thick or turn into butter. Over time, the double cream has improved as well. That’s to say because you can get extra thick double cream in Europe, which is usually used as the spooning cream (it’s not pourable at all given the extra thick consistency).

The double cream is usually used in the British recipes since it’s the development of Britain. The best thing about this cream is that it’s highly dense, but the fat content is pretty much on the tab.

The Process Of Double Cream Making

First of all, the milk is centrifuged to extract different by-products. In old times, people would let the milk separate out on its own, but centrifugation is a much better choice for its safe and fast factor. The longer centrifuging time will lead to a high butterfat content, which turns out to be double cream. This makes it a perfect choice for pastry chefs.

The chefs have been flavoring up the double cream to make custards, and the results were pretty rich and fulfilling. As for the custards, they turn out to be richer. As in the sauces, the addition of double cream creates a decadent feeling.

Making Double Cream On Your Own

You can always make it at home for people who cannot find the right double cream from the supermarket. So, follow the below-mentioned steps;

If you cannot find the double cream, you can always make your own. However, we have been using heavy cream with 36% butterfat content, which promises a very similar taste and texture. It’s important to acknowledge that utilizing the extra pasteurized version of the cream can be hard to whip and impacts the flavor and clean texture. So, please stay away from them.

Using heavy cream for regular cooking is fine if you don’t have double cream available. On the other hand, if you need some sort of dip for your scone, crème Fraiche can work as a seamless substitute. On top of everything, if you needed double cream to make the sauce, you can always use crème Fraiche or heavy cream for their rich taste and consistency.

The Benefits of Double Cream

Well, in addition to improving the flavor and richness of the dishes, double cream poses multiple health benefits, given the availability of different nutrients. In the section below, we have outlined the nutrients of double cream and their health benefits. So, have a look!

Vitamin A’s availability in double cream poses a positive impact on the immune system while sharpening the vision. It also plays an integral role in cell specialization and improves the iron absorption that promises better energy development.

The iodine content in double cream is beneficial for the nervous system and thyroid health. In addition, the regular consumption of double cream induces better growth development in kids.

This nutrient will enhance the functionality of the heart and vascular system. Unlike other dairy products, double cream helps in maintaining and retaining the blood cholesterol levels.

This nutrient directly influences the energy development and is beneficial for optimizing the vision level. Besides, it is responsible for cell protection and helps in taking care of fatigue. It wouldn’t be wrong to say that double cream is a pick-me-up ingredient.

The presence of Vitamin E in double cream makes it suitable for people who have bruises. This is because it helps in cell protection and keeps the adverse impacts of free radicals at bay. 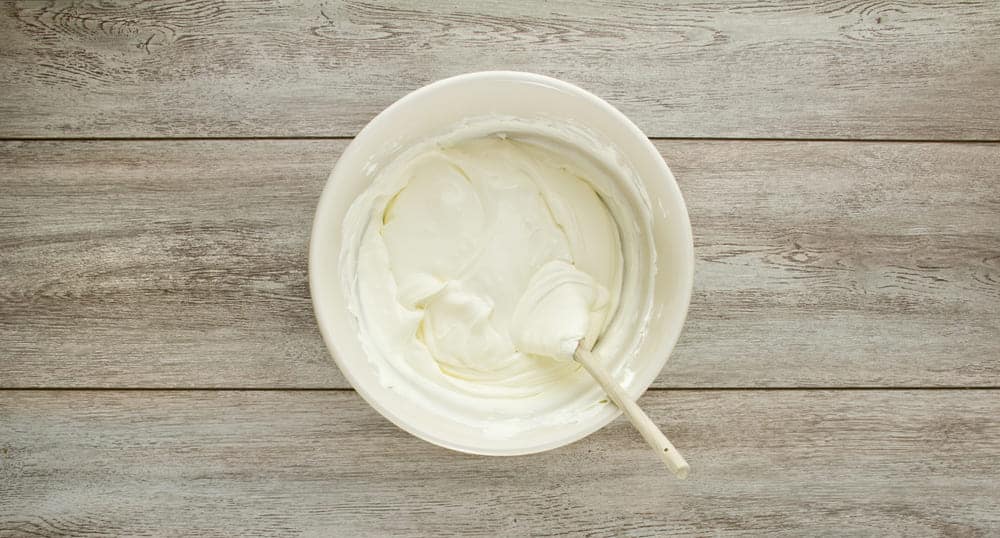