It doesn’t matter if you like grilled veggies or grilled meat; Weber has a wide range of grills available. Even more, Weber Q200 is the propane grill for people who want that perfect smokey flavor.

However, there are some Weber Q200 regulator problems bugging the people. In this article, we are sharing the common issues with the regulator and how they can be resolved!

Regulator – What Is It?

Before we line out the regulator problems with Weber Q200, it’s essential to understand what a regulator is. When it comes down to the regulator in the grill, it is designed to transfer gas from the gas tank and connect gas to the grill.

When it comes down to the gas regulator, it can automatically go into the bypass mode, which is a frustrating issue. In case the burners are clean and you already have sufficient fuel, but the flames and heat are still not sufficient, it might be because the grill is pushed into the bypass mode. This issue usually occurs when the aluminum gadget at the hose’s end has a gas leak.

When the regulator outlines that the hose’s pressure is lesser than the pressure in the gas tank, it will put Weber Q200 in the bypass mode. The bypass mode will reduce the gas flow as compared to the normal gas glow. That being said, there are chances of system leaks. As a result, the flame will below, and the grill might have heat-up issues. So, just make sure there are no leaks in the gas pipe.

On the other hand, if you don’t have the leaking issue, you can solve this by resetting the regulator. For resetting the regulator, switch off the tank valve and burners, and wait for around sixty seconds. After sixty seconds, open up the tank valve and let the gas hose and regulator come to regulated pressure. Once done, open the lid on the grill and switch on one control knob for burners.

Also, make sure that you switch on the burners to high heat settings and close down the lid. As a result, the bypass mode will be eliminated, and the flames will be strong, and the heat buildup will be higher and quicker.

Yes, it’s about the regulator. This is because when the regulator is broken down, the grill struggles to heat up, and keeps reducing the heat buildup. It’s safe to say that regulators are designed to ensure the safety of the grill and reduce the gas flow if the temperature rises up too high. That being said, if there are low flame and heat issues, you will need to replace the regulator because it has broken down and isn’t working properly.

When it grills keep going into the bypass mode, you need to understand that it’s because of the unfunctional regulator or gas leaks. However, before you replace the regulator, you could try cleaning the gas connections and hose. It’s better to use the water and soap solution for cleaning. Also, the solution will bubble up at the points where there are leaks.

For this purpose, you need to repair the leaks. However, if there are no leaks, you need to check the regulator and replace it with a new one. The bottom line is that these are the only possible regulator issues with Weber Q200. However, if you have any other issues, you will need to call Weber customer support by dialing 800-446-1071. 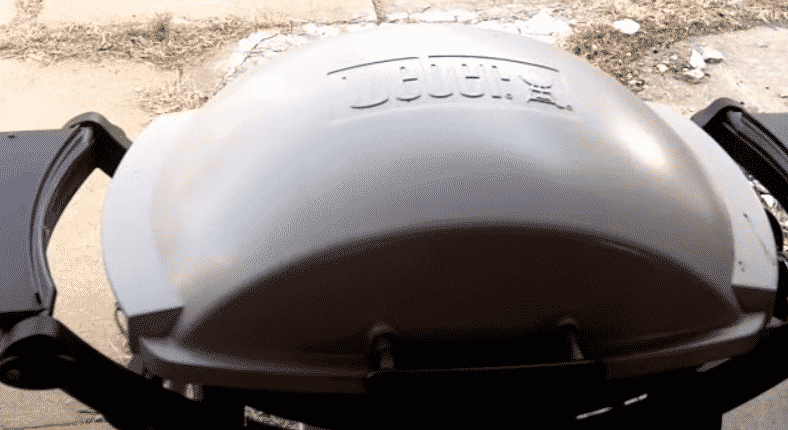