Hot, pungent, spicy, fiery or mild are just some of the words that one can use to describe the effect of pepper in their food. Most ethnic dishes incorporated one pepper type or the other but the most outstanding for their hot varieties are the Southwest Americans, Mexican, Indian and Asian in general. Depending on the intensity of flavor, some peppers are eaten in salads, stuffed with other foods, pickled or cooked in the same pot as other foods.

Did you know that the hotness of pepper can be measured? Using the Scoville Heat Index, the hottest (like the habanero and the Scotch Bonnet) are at the top of the scale, the middle level hot (like the serrano, and red cayenne peppers) are at the middle while the mild ones rest at the bottom of the scale.

Now that we know why it is important to each pepper, let us go through each one in detail – every pepper has a Scoville Heat Index score which you are about to find out;

This pepper type is also known as the Anaheim Chili; California Green Chili; Chili Verde. When mature and red the pepper is referred to as Chili Colorado or California Red Chili. It is a large-sized chili that measures 5 to 8 inches in length, 1 1/2 to 2 inches in width and tapers to a point. Excellent in sauces, casseroles and soups, this chili has a 2500 Scoville Heat Index.

This pepper type is also known as Banana Chili, Sweet Banana Pepper or Pimento. It is shaped like a banana and changes color from pale yellow to orange as it matures. The flavor of this chili is sweet and hence can be eaten raw, in salads, sandwiches or fried. Its Scoville Heat Index is 500.

This is a Mexican pepper that is almost always sold in its dried form. In its dried form, this pepper may be confused for a cherry pepper that has a translucent skin. The pepper got its name from the sound made by the rattling of the seeds inside its dry shell. Its Scoville Heat Index is 5000.

Also known as Finger Chili, Ginnie Pepper or Bird Pepper, this is an extremely pungent fruit that measures 6 inches in length and 1-1/4 inches in width. The chili is used in salsas, sauces or it can be dried or pickled for later use. Its Scoville Heat Index is 60,000

Also known as the Creole or Bird Cherry Pepper chili measures 1 3/4 inch in width, the flavor is a range that spans moderately mild to medium heat with a hint of sweetness. Its Scoville Heat Index is 100-500

These are not real pepper names because chipotal is actually the process of smoking pepper to make dehydrate them. Pepper that has undergone this process is generally hotter like the jalapeno which has a Scoville Heat Index of 8,000 when dried but 5,000 when fresh.

This pepper type has a conical shape and grows to 2 inches in length and 1 inch in diameter. It is a great addition to salsas but if you prefer them hotter wait for the ones that come out in fall. The Scoville Heat Index is 5,000.

If you are new to eating peppers, even a tiny piece of this chili will be the cause for intense and prolonged oral agony. If you can get past the heat, you will sense a plum tomato or apple flavor. Its Scoville Heat Index is 325,000 to 570,000.

This pepper has a perfect balance of rich flavor and heat. The various forms of this chili are green in late summer, red in fall and canned. Its Scoville Heat Index is 5,000.

This pepper has various appearances and is therefore hard to identify. The distinct fruity flavor of this chili is used to enhance the taste of meaty foods and stews. It has a Scoville Heat Index of 2,500 – 5,000.

The heat of this chili ranges from medium to hot. New Mexico chili lovers consider this pepper type to be a darling and many can be seen in the fall roasting the crop to restock. It has a Scoville Heat Index of 5,000.

This chili is thin and long with some growing up to 7 to 12 inches in length and 1 inch in width. As the pepper mature, the color will often change from dark green to dark brown.

When this pepper is fresh, it is quite large measuring about 4 inches in length and 2.5 inches in width. Of mild flavor, this heart-shaped pepper has thick walls that make it an ideal pouch for stuffing. It has a Scoville Heat Index of 2,000.

This chili looks like a tiny bell pepper but the seeds inside are black. Best used in salads or eaten raw for its fruity flavor, it could act as an equivalent of the habanero chilies. It has a Scoville Heat Index of 2,500.

If this chili is placed side by side with the habanero, many people would get mixed up in distinguishing them. It is a bit smaller and ranked as very hot. It has a Scoville Heat Index of 325,000.

Small and with a waxy green cover this pepper type changes color from orange to red when it reaches maturity. The pepper is not only small but has thin walls as well. The small the pepper is the hotter it is. It has a Scoville Heat Index of 25,000.

This pepper is also known as Bird Pepper, Thai Bird Chili, Thai Jalapeno or Pick Chi A. The small size of the pepper may fool many into undermining its fiery punch. When it has reached maturity, the pepper will change color from green to red. Often used in Asian curries, this pepper should be used in moderation. It has a Scoville Heat Index of 150,000.

Due to their color, composition and the fact that they are essentially fruits, peppers are rich in Vitamin D, Potassium, Beta-Carotene and Vitamin C. it has also been scientifically proven that those who constantly eat hot peppers have reduced incidences of cholesterol and high blood pressure. Most chilies ripen to a vibrant red or orange color and it is in these bright colors where pigments known as carotenoids are found which have been linked to protection against cancer. If you are in severe pain and prefer not to use medicine, pepper can help since it has been successfully used in the treatment of arthritis pain, neuropathic pain and pain as a result of itching. The most popular benefit of consuming pepper is perhaps the decrease in appetite, increase in metabolism which in turn helps to regulate body weight. 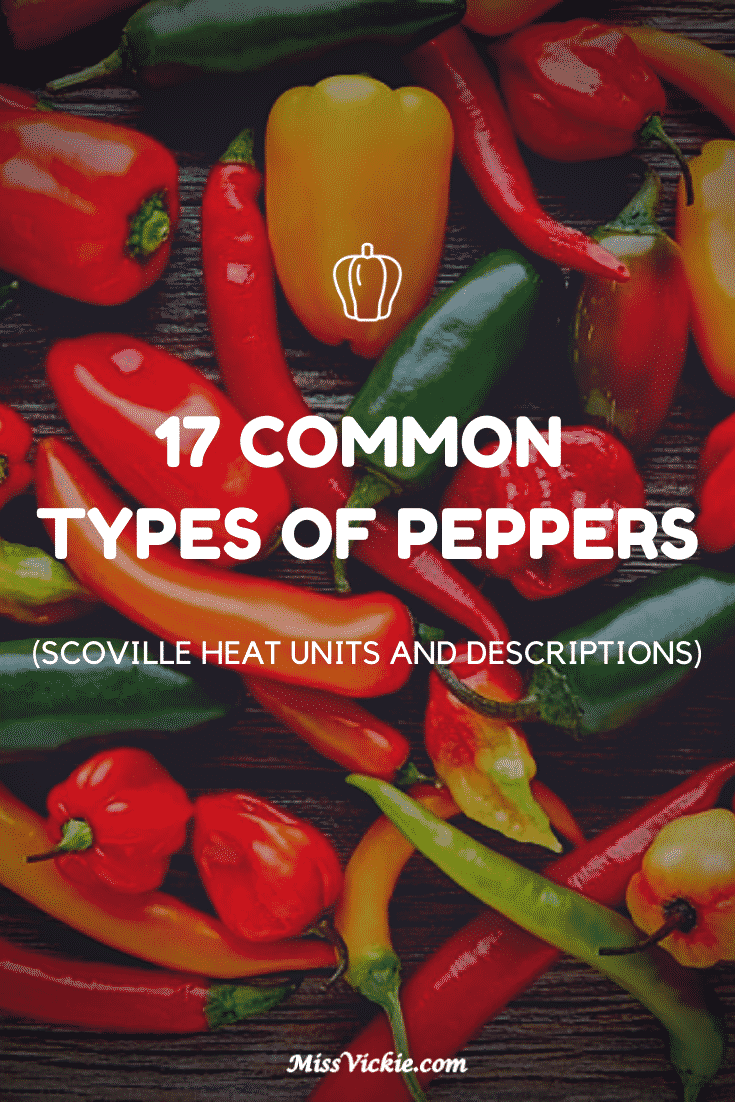