Thermador is one of the best brands to purchase an oven, and they have designed double ovens as well. The double ovens are designed with two cooking compartments, which can be set to different times, cooking functions, and temperatures, so you can cook more food at once. However, just like other ovens, the double ovens can have some functionality errors, which brings us to the Thermador double oven troubleshooting!

The first common problem associated with the Thermador double oven is that it doesn’t turn on at all. It means that the users won’t be able to cook the food. So, if the double oven will not turn on, you can check the following things;

In case your double oven is turning on, but the oven is still not heating up, it’s suggested that you check the temperature setting. The double oven is integrated with the display panel, from where you can select the cooking temperature. On the other hand, in case the temperature settings are already input, but the oven is still not heating, it’s likely that the oven’s heating element is broken. For this purpose, you have to disassemble the oven and check the heating element with a multimeter to determine the continuity, and if there is no continuity, you have to replace it to fix the heating issue.

If you have selected the correct cooking temperature and time but the food is still burning, there are chances that you are putting the food on the bottom rack. This is because the bottom rack has a heating element, which burns the food when it comes in contact with the food. The only solution to this problem is to move the food to the higher rack and make sure you spread the food ingredients evenly in the pan. In addition to this, you must ensure proper preheating of the oven.

If the self-cleaning feature is not working on the oven, there are chances that the oven is hot. The oven must be cooled down before you turn on the self-cleaning feature. In addition to this, you’ve to ensure that the latch is engaged and the cleaning button has been pressed. On the contrary, if the door doesn’t latch to the frame, you’ve to contact the technician to fix the broken latch.

If you have purchased the new double oven, it will emit an intense smell and odor as it’s normal. However, if the oven isn’t new but it’s still releasing a bad smell, you can simply use the self-cleaning feature clean the dirt. 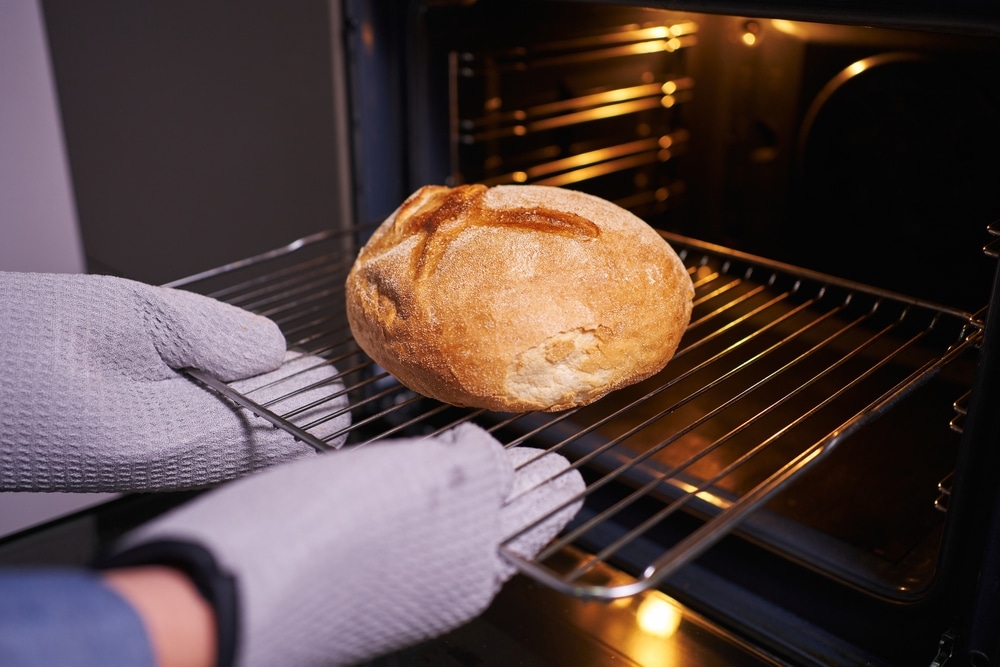