Tilapia, a white fish, consumed commonly worldwide. The fish is native to Africa, but now many countries produce it. It is popular in farming because of its quick growth and relatively affordable diet. Thus, tilapia is inexpensive seafood making it a popular choice in the culinary world.

The flavor profile is mild that solves the problem of people who hate the traditional fish smell and taste. In case, you were unable to find Tilapia or want to move to a healthier diet, go through our list of substitutes for tilapia.

The issue with this type of fish is that it is grown in aquaculture. So, there are concerns regarding its impact on health. Tilapia producers use various breeding techniques to grow quality fish faster than the normal time.

The diet of farmed tilapia is algae and other lake plants. Some experts point out that tilapia negatively affects the ecosystem. However, those in favor say more effective laws have been implemented to counter such problems.

Whiting is a popular fish in the Atlantic region. These are medium-sized and have a long body. Keeping in view the taste, it is light like tilapia. Whiting is versatile in cooking similar to tilapia.

It is a great source of nutrients like protein, Vitamin B, and magnesium. A 100-gram serving contains just 90 calories and 18 grams of protein, making it a healthy lean fish. Furthermore, it has low mercury content. However, the amount of healthy omega 3 fatty acids is low in whiting species.

Branzino is a type of white fish found in the Mediterranean Sea. In Italy, branzino is roasted and sprinkled with lemon. The taste profile is mild and sweet. Hence, when you add other ingredients to branzino, it enhances the flavor profile.

From a nutritional point of view, the fish contains a high amount of omega 3 fatty acids and other fish oils. Thus, it is a better choice because of healthy nutrients and protein. Its mild taste makes it an ideal alternative to tilapia.

We have not run out of options as many varieties can substitute for tilapia. Flounder is a delicate fish with a mild and sweet flavor. Thus, you need to be very gentle while cooking this fish especially when you are a beginner. Flounder is a versatile fish, you can roast, steam, or sauté it.

Like all other fish, Flounder is protein-rich. A big advantage is a low mercury level that makes it safe for pregnant women.

Another white fish on our list is red snapper, found naturally worldwide. The fish is moist but has a firm texture.

The similarity with tilapia is its mild and sweet taste. It is also versatile and can be served as a roasted, grilled, steamed, or deep-fried fish. Red snapper goes well in a fish stew as well. If you buy a snapper fillet, buy the one with the skin on.

Catfish is next on our list. It is a highly popular fish type in the US. The texture of the fish is firm, although it is slightly moist.

The feature that makes it a great substitute for tilapia is its mild and sweet taste. Both are alike in this domain. Just like Tilapia, catfish contains lean protein and other healthy nutrients. However, both these fishes have some amount of omega-6 fatty acids that are not good for health.

Rainbow trout is a member of the salmon family. The taste of this fish type is mild and nutty. The texture is soft and flaky. FDA labels it as the best choice because of the low mercury amount. The health benefits include protein-rich meat and a high amount of omega 3 fatty acids. These fatty acids are necessary because the body can’t make them on its own.

The FDA recommends eating fish twice a week because of its high protein content and omega-3 fatty acids. Tilapia is a commonly consumed fish. If you are looking for decent tilapia substitutes, then go for either of the above-mentioned choices. These options have a similar taste profile with variable health benefits. Thus, consume any other fish to fulfill your need for fish protein and nutrients. 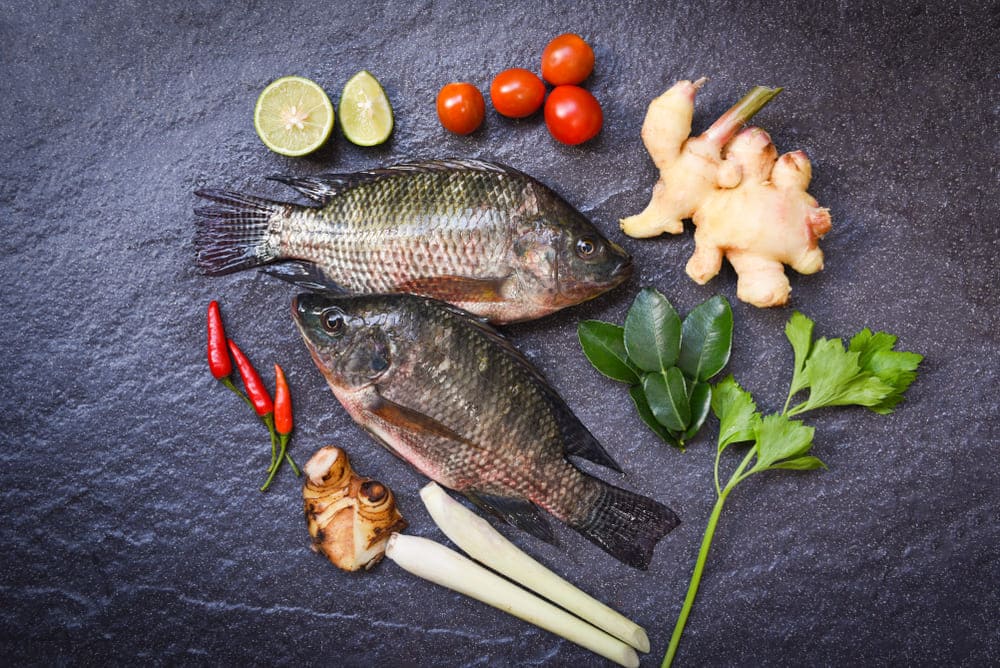