Long gone the times when alcohol was only a drink because it has become a part of cooking as well. It has become an essential part of pantries. For the most part, the addition of alcohol to the recipe will enhance the flavor. Similarly, fruity flavors are extremely famous for desserts and more. This is why pear brandy has become the top choice but can be hard to find. So, we are sharing the substitutes for pear brandy for you!

When it comes down to brandy, it’s widely used in cooking, and pear brandy has become a popular drink. It can add a distinct flavor to desserts and can be added to sauces as well. Pear brandy is usually colorless, so it doesn’t change the appearance of your recipe but add the pear-like flavor.

In addition to adding pear brandy to desserts and other recipes, it makes a great after-meal drink. Now, let’s check out the pear brandy substitutes!

Pear extract is suitable for replicating pear brandy in sauces, fillings, glazes, and desserts. Pear extract has an aromatic, fruity, and tasty flavor. Pear extract can be easily bought from supermarkets or grocery stores.

Pears are widely canned for making canned fruits. Canned pears have a unique texture, color, and flavor which can be added to the desserts. However, if you want to substitute pear brandy, you can use the canned pear syrup. You need to keep in mind that canned pear syrup can be extremely sweet, so you must use a smaller quantity.

Generally, pears are canned in plain water as well as juice. That being said, you can use whichever syrup you want. All in all, it can easily flavor up your recipe or drinks.

For everyone who has been looking for an alcoholic substitute for pear brandy, you can opt for whiskey. This is because a whiskey has a similar flavor to brandy. However, you will need to know that whiskey has a more alcoholic flavor, but it can change the flavor a bit.

While you are using whiskey for substituting pear brandy, you need to use the pear flavor. If you cannot find pear-flavored whiskey, you can also add pear juice. To summarize, you can use a 1:1 substitute!

If you want to make your recipe tastier but don’t have pear brandy, opting for pear rum is the right choice. We are sure that you love pear rum punch, and it makes a suitable substitute for pear brandy. However, you have to understand that pea rum is sweeter as compared to pear brandy.

Truth be told, it can easily balance the flavor. That being said, you can use a 1:1 ratio for substitution. However, some people add water to reduce the sweetness, so you can do the same!

Pear wine is widely available in the liqueur stores, and you can use it as a substitute for pear brandy. Adding pear wine will strengthen the taste of the recipe, and it also adds richness. However, pear wine can be pretty sweet, so you can add some lemon juice or vinegar to balance the sweetness. Some people also use red wine, but it leads to complicated flavor and dense texture. So, it’s better to opt for pear wine for replicating a somewhat similar flavor.

Again, you have to use pear-flavored gin if you want to replace pear brandy. Gin delivers a very crispy flavor. Gin is pretty easy to find in the liqueur stores. If you want to add gin to cocktails, we suggest opting for regular gin and just add a slice of pear. 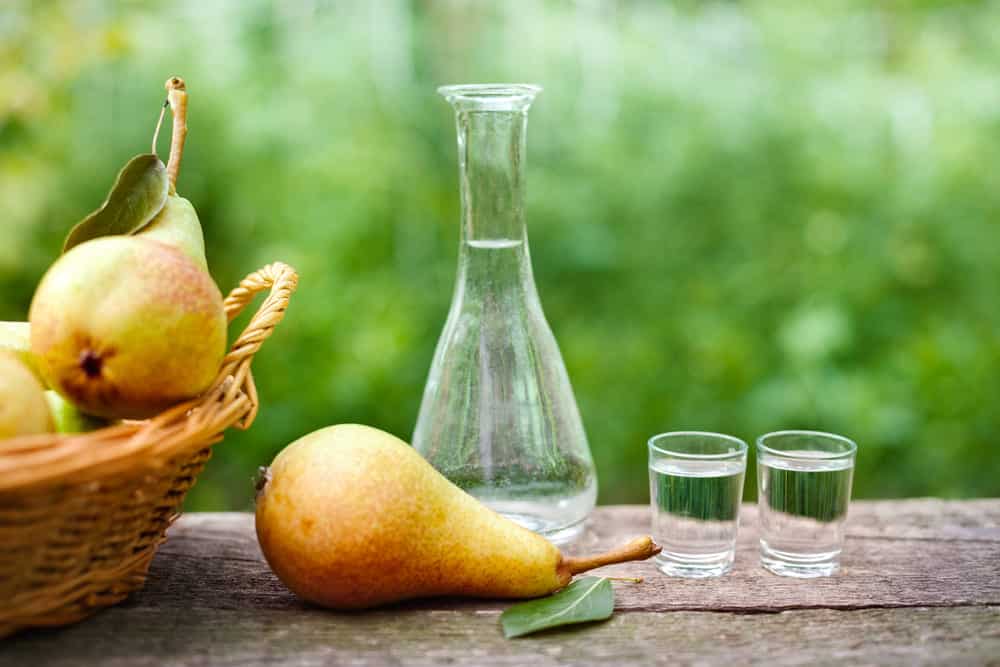