Who doesn’t crave a nutty and buttery cheese? Manchego cheese is a Spanish type made from sheep’s milk. The texture is firm and contains air pockets. The flavor is intense and rich; thus the resultant dish has a delicious finish. It melts really well without leaving a greasy feel. It would be a real shame not to get your hands on manchego. However, if you want to make the best out of a recipe calling for manchego, go for other substitutes for manchego cheese.

The white or ivory-colored manchego gives the dish a distinct flavor leaving a unique sheep milk taste at the end. You would love a touch of manchego with tapas and plain bread. The rind of this cheese has a zig-zag pattern but is inedible. This shape confirms the use of original Manchego sheep during cheese production.

Manchego comes in four types namely: fresco, semi curado, curado, and Viejo. Fresco is the youngest of all, whereas Viejo is the oldest aged manchego cheese. Both young and aged manchego are available at a grocery store. Like any other cheese, its taste and consistency change on aging. We can say, it is a full package of uniquely balanced flavor and crumbly texture.

This cheese comes from Italy’s cow milk. An original kind is produced from specific parts of Italy. A fresh cheese uses whole milk, while an aged one is a mixture of whole and skimmed milk. The texture of cheese depends on its age. You can buy both fresh and aged cheese. A fresh one has a light color and some holes. The fresh one is a great melting choice for pizzas and pasta. Aged Asiago is equally versatile, and you can grate it on salads and soups. The taste of Asiago is nutty and buttery and depends on the cheese’s age.

Comte is a French cheese and is often labeled as a Swiss-type. The shape is unique and comes in a disc shape. The texture is very hard and it ages in the mountain cages of Jura Massif. The aging time varies from 16 weeks to 2 years.

As a substitute for manchego, you would require a good melting cheese. Comte fulfills this criterion as it melts easily. Thus, you can add it to fondue recipes, soups, and pizzas.

The pale-yellow cheese can be used as an evening snack. The nutty and earthy flavor serves the palate when eaten with roasted nuts.

Coming from the family of Romano cheese, Pecorino Romano has a sharp and strong taste with a saltish kick. It has a hard and crumbly texture. Thus, you would not regret grating and adding it to soups, sauces, and pizzas. The salty side may be too high for some dishes. So, take care to balance out the flavor. Its sharp and salty flavor may be a little different from manchego, but you can try it out to discover new flavors.

This Spanish cheese also uses sheep’s milk. Zamorano has a hard texture and ages for nearly six months. You will find a blend of flavors; sweet, savory, and creamy. This mix is because of the special sheep milk. The cheese has a dark color on finishing as the manufacturers rub olive oil on its outer surface. The curing time for the cheese is one year.

Zamorano is the closest to manchego. Early on, they were considered the same until Zamorano got its special status. Another similarity is the shape as Zamorano rind has a zigzag pattern.

No, we are not talking about the chihuahua dog breed. This cheese type gets its name from the Mexican place where it is made. The flavor is mildly salty and sour. The benefit is its amazing melting characteristics. The cheese holds well upon heating and you can easily top burgers with it. Furthermore, a simple cheese-like chihuahua would elevate the taste of fondues and enchiladas. So, use it instead of manchego when the time calls for it.

Although Italy and Mexico come to mind while talking about cheese, this American cheese should not be undermined. Monterey jack has a mild flavor with a stiff and crumbly texture. As a substitute for manchego, you would require a good melting cheese. Monterey jack melts smoothly and evenly. Due to its versatility, add it in pizzas, burritos, sandwiches, and burgers. Therefore, Monterey jack is on our list of manchego cheese substitutes.

When finding a substitute for good melting cheese, gruyere will always be somewhere on the list. Owing to its unique making process, Gruyere performs extremely well on sandwiches, cheeseburgers, and French onion soup. A younger Gruyere outperforms an aged one in terms of melting. Thus, you can easily substitute gruyere for manchego.

This English Cheddar comes from Somerset. Whether you use an aged one or not, cheddar is good for melting purposes. The taste depends on the age. A young and mild cheddar has a sweet and creamy flavor. However, when the cheddar ages, its flavor becomes sharp.

Owing to its melting features, Cheddar can be used in sauces, dips, quesadillas, and many more dishes.

Mozzarella and Cheddar are a few of the most easily available cheeses worldwide. Their versatility and taste make them a favorite among many. It has a tang yet creamy flavor. Mozzarella is easy to shred and thus you can use it in appetizers and snacks.

Again, we choose a great melting cheese to cater to your manchego cheese recipe.

Manchego, a Spanish cheese, is one of the most unique cheeses around. We call it unique because of the sheep milk taste after eating. You have four versions of manchego according to its age. We have listed down a big list of substitutes to help you choose whichever you like or is available.

Zamorano would be our top replacement. However, other options perform equally well in times of need. You just need to choose the one that suits your recipe and flavor profile. 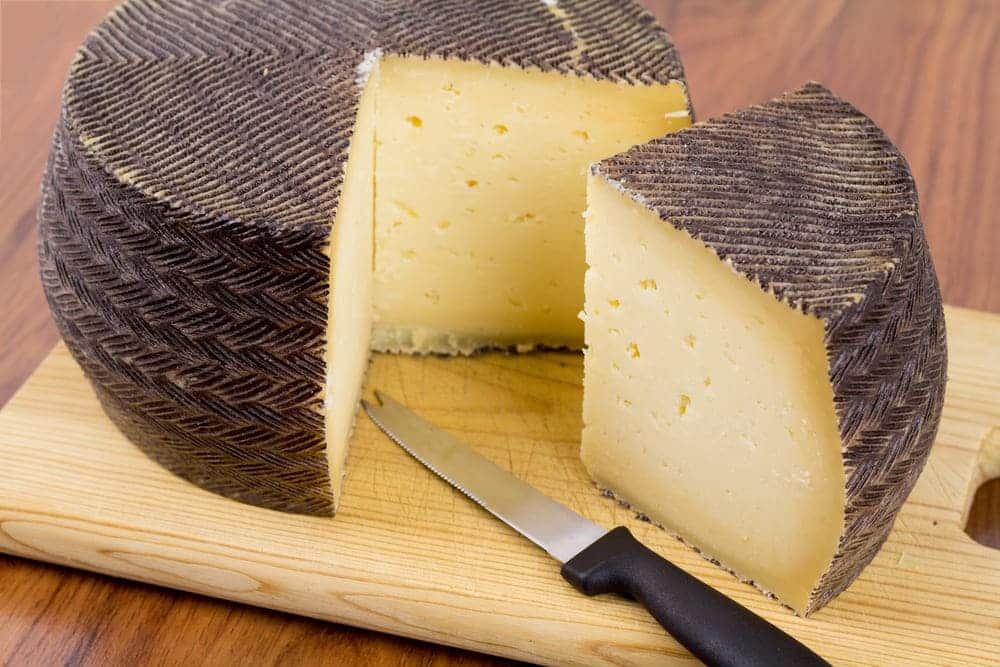