Spam is one of the most popular foods in Hawaii and is made from ham meat and pork shoulder. These two types of meat are chopped with various spices and canned in small cylindrical cans. It has become an absolute staple in Hawaiian cuisine ever since it was introduced in the mid-1930s. In the beginning, it was served in the form of sandwiches and musubi for lunch and breakfast. However, many people have stopped consuming it since it has high sodium and fat levels. So, if you need a healthier alternative, we are sharing some options with you.

Tofu is one of the best meat substitutes that you can try as it’s vegetarian and vegan food that’s made from curdled milk and is pressed, just like cheese. Tofu has a high protein content and low-calorie count, which is why it’s considered a healthier alternative to spam. In addition, consumption of tofu won’t increase cholesterol in the diet. The best thing about using tofu is that it’s easily available in the grocery stores and is easy to use.

However, you have to be careful while cooking tofu because it shouldn’t be overcooked. It has a bland flavor in raw form, which is why it’s recommended that you season it while cooking (it has great absorption). So, when it’s prepared and cooked properly, it achieves a savory flavor and soft yet crunchy texture. Last but not least, it’s recommended that you opt for silken or soft tofu.

This is another amazing alternative for spam but can be challenging to find at times. To make a pork roll, the pork shoulder is cut into smaller pieces, and after that, they are covered in a special spice coating (the primary ingredient of spice coating is pepper). This alternative has a long shelf life and there are no phosphates or preservatives in this roll. The pork roll or tail has a lower fat content. However, you need to remember that a three-ounce serving will have 160 to 170 calories. All in all, it’s an apt way of enjoying the spam flavor without consuming too many calories.

Potted meat is made from cooked ham, which is mixed with multiple spices and is set in a special mold. In most cases, the mixture included beef or pork, pepper, salt, fat, sodium nitrite, sodium nitrate, and sugar. These ingredients help enhance the flavor and the meat has a tender texture. What we like about this alternative is that it has a long shelf life and you don’t need to refrigerate it. In addition, the potted meat can be served in cold form if you put it in the refrigerator.

Known to be made from leftover pork scrapes, scrapper has become a popular dish. This is because scrapper is made with a combination of pork meat, buckwheat, and spices. It has become a popular meat product in Pennsylvania and is commonly known as pon haus. It has a nutritional profile but there aren’t many flavors. In addition, you need to consider the high calorie and fat content of this meat product. As far as the uses are concerned, you can eat scrapper on its own or use it as a meat stuffing.

It is made from the shoulder of the pig and is native to Switzerland and France as it was made there for the first time. However, it soon became popular in America where it is commonly used as a topping for sandwiches and baked potatoes. The primary benefit of using Jambon is that it has a lower fat content and is available in a smoked version. The flavor is similar to spam but it’s much lighter. However, the color changes with the ingredients but you need to remember that it needs constant refrigeration as the shelf life isn’t too long.

Spam is one of the most delicious options for people who want to reduce their red meat intake. However, it has a high-fat content, which makes it unhealthy and there is no lean meat either. For this reason, it’s used as a treat and doesn’t have many nutrients. For this reason, we have lined up these alternatives as they are healthy and easy to find. 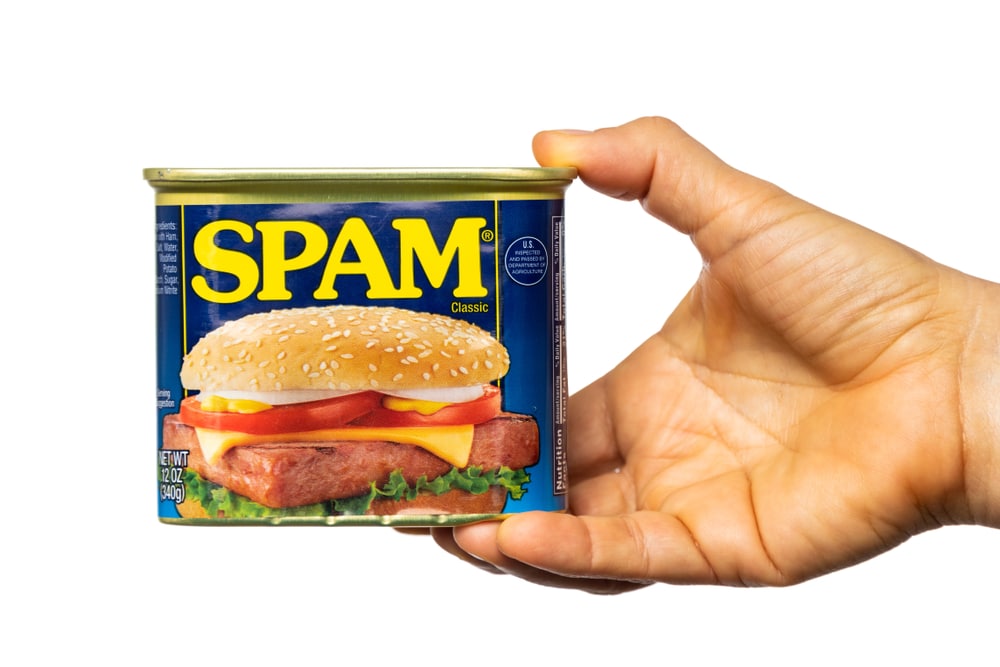