Ovens are critical for every kitchen, and these appliances are important for streamlining the cooking process and adding versatility to the kitchen. Now, when it comes down to the oven, there are various types of ovens, including a steam oven and regular ovens. So, if you are confused between the two, we are focusing on steam oven vs. oven!

To begin with, the steam oven is a promising choice for people who need a healthier option because it can help eliminate the loss of nutrients. That’s because these ovens are designed to use steam for cooking food as compared to hot air. As a result, the food will have all the vitamins and nutrients locked in it. In addition, you don’t need to boil your food before putting it in the oven, and you don’t need to use fats or oil for cooking food in a steam oven.

A steam oven is a promising choice for people who want healthier and more delicious food options. This is because these ovens don’t dry out the food, resulting in juicy, moist, and flavorful food. In fact, it’s already mentioned that steam ovens don’t kill the nutrients, which also helps with the taste and flavor. On top of everything, the cooking time will be reduced with a steam oven as compared to conventional and convection ovens.

To be precise, the steams ovens cook food at 212-degrees Fahrenheit, which is quite low, but the steam transfer is 100x quicker, resulting in faster cooking. Having said that, the steam oven is likely to reduce the cooking time by 30%. As far as the uses are concerned, the steam ovens are suitable for cooking different food items, such as fish, curries, vegetables, fruits, rice pasta, soup, and poultry. Also, if your steam oven is integrated with regular oven features, it can also bake and roast.

When it comes down to functionality, the steam oven utilizes moist heat for cooking the food, which reduces the chances of food burning. Moreover, the oven helps circulate steam within the unit, resulting in evenly-cooked food. On top of everything, a steam oven is a promising choice for reheating the food if you don’t want to lose flavor or moisture. In simpler words, steam ovens have higher moisture retention, resulting in juicier and more delicious food.

The regular ovens are designed with convection technology, and it’s more than for heating food. The ovens are integrated with a fan for circulating hot air in the unit for creating a seamless cooking temperature, resulting in quicker preparation. The ovens are perfect for commercial purposes and can be used for making frozen food. This is because it can remove the cold air of the food, which results in better cooking performance.

These ovens have been around since 1913, but the commercial unit was launched in 1945. The best thing about using these ovens is that it is suitable for cooking or baking more than a dish at once, depending on the oven size and capacity. The ovens are designed to allow hot air circulation, which means the temperature will be even, resulting in evenly cooked food. Even more, the oven has the capacity of achieving a consistent temperature, so there are no hot and cold spots.

When it comes down to the temperature, the convection ovens use over 300-degrees Fahrenheit temperature to cook food, but some models also go up to 350-degrees Fahrenheit. The latter one will obviously cook your food quickly, making it suitable for busy families who love to eat at home. Even more, the oven consumes limited electricity, which means the utility bills will be reduced by a considerable count.

On top of everything, you don’t need to worry about the dish positioning in these convection ovens as you can use any rack for cooking the food. This is because the air is circulated throughout the oven, resulting in even outcomes without worrying about your food burning down. Even more, these ovens are pretty affordable, but the ovens with advanced features might cost a few hundred dollars. To summarize, the convection oven promises the crispy texture of the food and can be used with a variety of dough options. 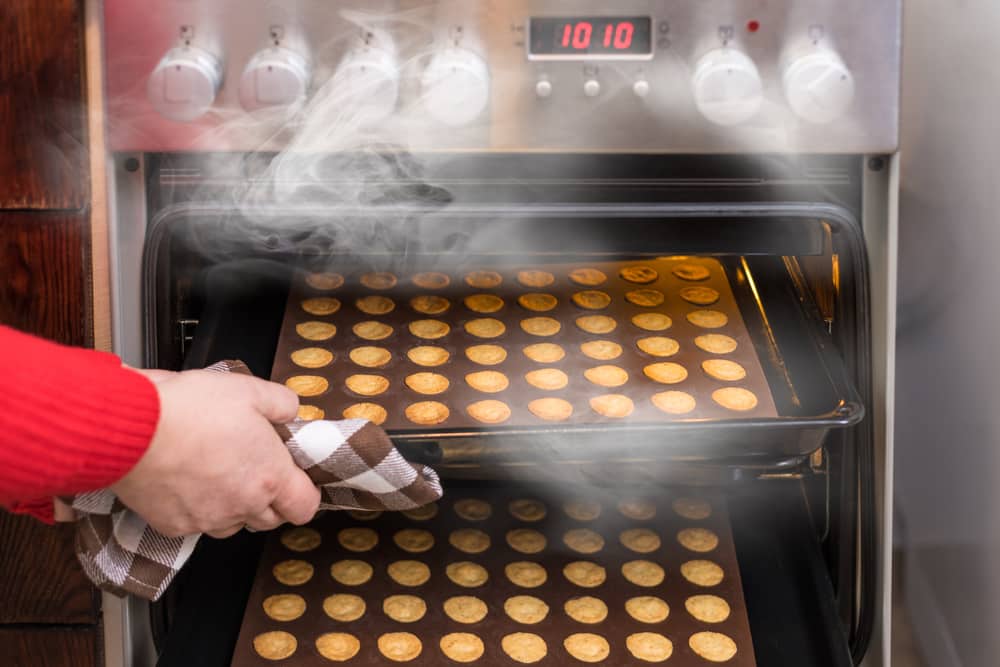