Well, even if you aren’t Gordon Ramsay, we are sure that you would like to experiment with sous vide. Similarly, people like to collect as much information as they want on sous vide before they start using it.

That being said, they often consider sous vide too long factor. In this article, we are sharing everything every sous vide enthusiast needs to know!

When it comes down to sous vide, food is cooked for a long time in the water bath in vacuum bags. However, the cooking times are longer, but the temperatures are often low. When you are cooking meaty food with the sous vide technique at low temperature, the protein’s texture will change. In case of tough cuts, such as short rub and shank, the cooking times in sous vide will be 12-hours, 24-hours, 48-hours, or even longer.

When you are cooking steak with sous vide, we are pretty sure that you would like to keep the texture the same as conventional cooking. In that case, it’s important to understand that with sous vide, the steak’s texture will change, and it will become mushier. So, it’s best to cook steaks for two to three hours. The users will need to be incredibly mindful about the time. For this reason, four hours would be too long for steak because it can result in undesirable texture.

In case of conventional cooking methods, we understand that one minute delay will overcook the food. However, when you are using the sous vide cooking technique, you won’t have to worry about food overcooking because that window is stretched into multiple hours. That being said, it means that with sous vide, you can serve your food hot whenever you want. So, no timeframe will be too long with sous vide as long as you are abiding by extended hours.

On the other hand, the timeframe with sous vide depends on the thickness of the meat. This is because a longer time will be needed for cooking thicker meat cuts. For this reason, you will need to consider the doneness level of the food while determining the timeframe for cooking. Truth be told, sous vide is incredibly forgiving, even if you cook something for too long. For instance, if you cook chili in sous vide and the timeframe is too long, it will only turn into mushy parts rather than a paste.

In case you are wondering if cooking for too long will result in overcooking, we are sharing information about that as well. For the most part, overcooking the food is surely possible with sous vide, but it depends on temperature instead of time. Still, overcooking the thick meat cuts won’t be possible because it has too many connective tissues that don’t overcook even with a too long timeframe or higher temperature settings. 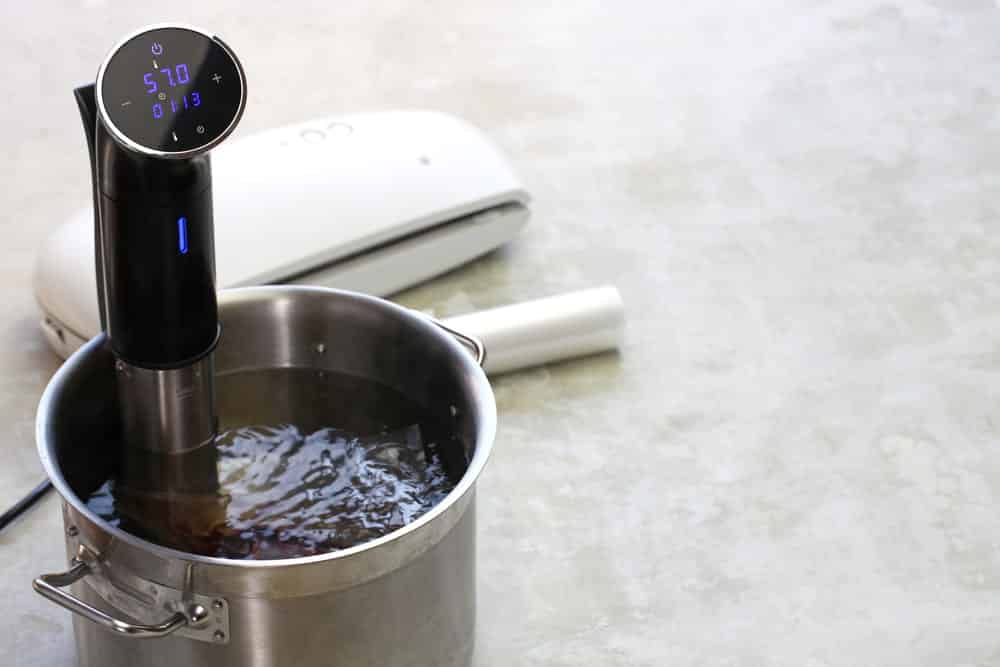