Whenever you’re putting food on a tray or a plate or just about any other thing of the sort, there needs to be a material in the middle which can prevent the food from sticking.

There are benefits for keeping material in the middle as well. But, you can’t place just about anything in the middle.

It needs to be something with the right properties which is able to keep your food from getting ruined and isn’t dangerous to use as well. One of the many options that people have is Silpat.

Silpat is a type of silicone sheet which can be placed over a tray before the food. It is a non-stick material that comes in very handy.

If you’re looking to place anything on a tray or plate but don’t have Silpat currently lying around for use anywhere near you or if you just want to use an alternative for it regardless of the reason, there are some great options to choose from. A few of the best that we recommend trying out are listed below.

One of the most widely used and similar substitutes for Silpat that you’ll find is one of the most recommended options out there is parchment paper.

It can be used in just about any manner that Silpat is used, as it has lots of the same qualities. It can withstand a fairly high amount of heat, and also prevents sticking which is a big bonus.

Some people even consider parchment paper to be a better option as opposed to Silpat. That’s because the former actually doesn’t interfere with the process of browning either, as the latter does.

Parchment paper is usually available more widely too, and you should be able to find it in your home or just about any local store near where you live. You can try it out without any worries and it should work like a charm.

Wax paper is another very good alternative for Silpat. It is commonly used in cooking because it doesn’t allow food to stick, and it blocks out moisture. It is very similar to parchment paper, but at the same time, it is quite different too.

It is also a fairly common material which one should be able to find at stores without any problems. However, there are a few restrictions with it that make it an alternative for Silpat that can only be used in specific cases.

The main thing that needs to be remembered in this case is that this option is actually only a good substitute in specific cases. Wax paper is definitely not capable of withstanding high temperatures like Silpat is, meaning that you should keep it as far away from the oven as possible.

Other than the heat resistance, the material is quite similar in the sense that it can easily be used with a variety of different foods. As mentioned, it also prevents sticking.

Lastly, aluminum foil is another very common household item that most people have lying around in their kitchens. Conveniently, it is a great substitute for Silpat that is commonly used and recommended by many.

Aluminum foil is basically a very thin layer of aluminum that can easily be placed on a tray or a plate to prevent the food from directly touching it. It is widely used thanks to its ability to resist fairly high temperatures in the oven, making it great to use for lots of different cooking types.

The only real problem that this specific alternative for Silpat has is the sticking aspect. Unlike Silpat and the other options which we’ve discussed in this list, aluminum can potentially cause the food you make to stick to itself.

Luckily the little bit of foil that gets stuck can be easily peeled off. However, if this annoys you, you can avoid the aluminum foil ever getting stuck to the food in the first place by coating the foil with just a little bit of oil. 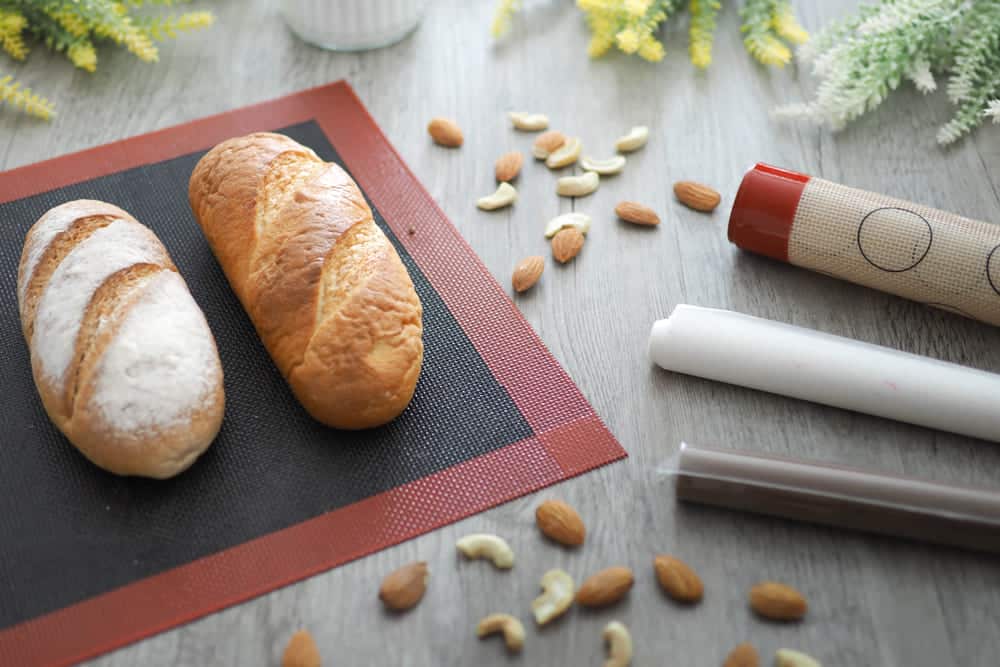