It doesn’t matter if you are handling meat in some chef’s kitchen or home, it’s evident that everyone wears gloves but should you wear gloves when handling raw meat? Honestly, this topic shouldn’t be up for debate, but we are sharing our take!

Should You Wear Gloves When Handling Raw Meat?

For the longest time, the food industry has been encouraging the use of proper gloves in the kitchen, especially when you are handling ready-to-eat food items as well as raw meat. This is because it helps prevent contamination of the food during handling. This is because gloves are thought to be more hygienic as compared to bare-hand handling.

The Pros Of Using Gloves For Handling Raw Meat

The Cons Of Using Gloves For Handling Raw Meat

Nothing comes without some downsides, and the same goes for using gloves to handle raw meat. In the section below, we are sharing the cons, such as;

Tips To Use Gloves The Right Away

Pros and cons aside, there are certain measures that you must follow while using gloves for handling raw meat. In the section below, we are sharing some tips;

So, should you use gloves? It’s better to do so! 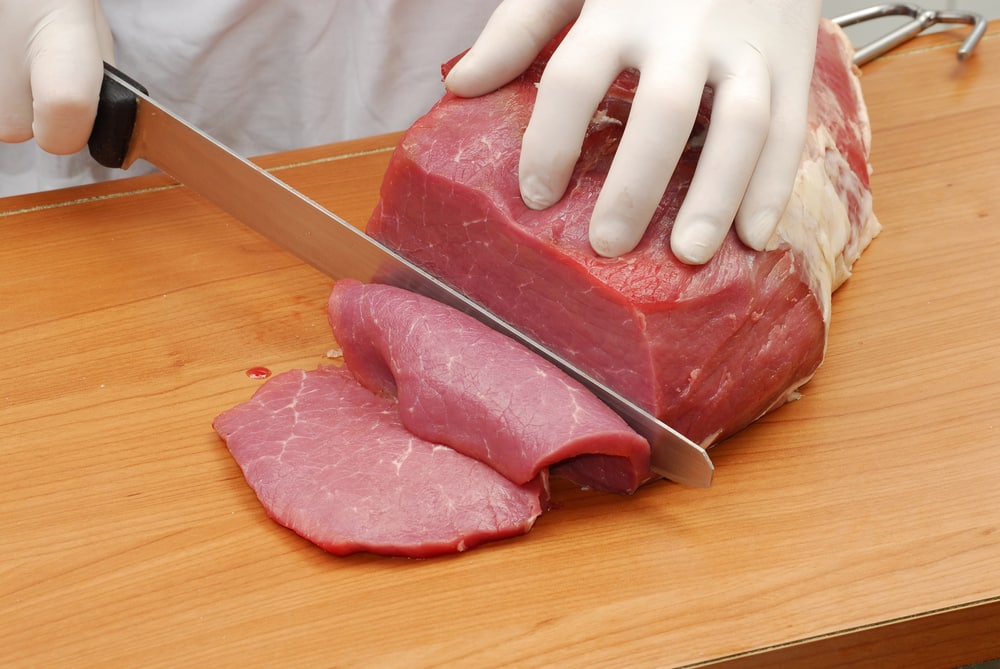