Making your own tarts and pies is quite easy as long as you know the correct way of making the crust. The crust is made with a combination of flour, egg, sugar, salt, and water, but the ingredients differ with the type of crust you want to make. So, if you want to achieve an airy and light crust for your desserts, it’s important to understand the shortcrust vs. hot water crust comparison that we have added in this article!

The hot water crust is the most common form of crust used in the baking and pastry world. To make this crust, hot water and fat are mixed with flour, which puts them apart from choux pastry. Keep in mind that hot water crust doesn’t rise, and it’s commonly used to make pork pie. The hot water crust usually has butter and/or lard, but lard is traditionally used to add crispiness to the texture. However, the majority of modern recipes use a combination of butter and lard to make sure the texture is crispy and has a rich flavor.

In case you want to use lard only, keep in mind that the fats are melted into the water while butter has to be rubbed into the all-purpose flour until the batter starts looking like breadcrumbs. Once the breadcrumb-like texture is achieved, hot water is added. The higher water content in the hot water crust strengthens the texture. In addition, the incorporation of fat and hot water results in a dense consistency, and it’s usually made with bread flour because it has a higher gluten percentage as compared to all-purpose flour.

The higher gluten percentage helps hold air and steam to create a firm and dense structure. The best thing about hot water crust is that it needs minimal kneading and should be worked to achieve a smooth consistency. This is because overworking the dough can increase elasticity in dough, which increases the shrinkage during baking, resulting in a hard texture. In addition, it’s recommended that you let the dough rest for a few hours at room temperature to ensure enough pliability.

For the most part, the hot water crust is used for making raised pies and can hold its shape during baking, even if there is no tin. However, you need to be careful about rolling and handling because there must be no holes and tears as they can adversely impact the pie’s structure. All in all, it’s quite easy to prepare.

It’s common for people to confuse shortcrust with hot water crust, but it’s different in terms of pliability and texture. This is because shortcrust is usually flakier and crumblier because there are pockets of fat that help raise the flour during baking. The crust is quite easy to make as you have to spread it evenly on the dish or a baking pan to make sure it doesn’t collapse.

The crust is prepared with cold ingredients, but one needs to be careful about handling it. This is because the ingredients cannot be overworked as it ruins the softness of the crust. It needs minimal handling, and you have to keep the ingredients or dough chilled to ensure it retains the structure and shape before it’s put into the oven. Keep in mind that the dough should be extremely cold before you bake it, which is one reason you cannot use it with hot fillings.

To illustrate, you can use shortcrust with quiches and tarts. The shortcrust needs blind baking to make sure it’s able to hold the liquid filling. Many people don’t know this, but shortcrust doesn’t puff up as the dough doesn’t include any leavening agents. Similarly, the crust falls apart whenever you eat it. As far as the ingredients are concerned, 50% fat and 50% all-purpose flour are used in addition to salt, sugar, and water to make sure the texture is flaky without losing shape.

On top of everything, the all-purpose flour should be cold before you make the dough to ensure it’s easier to crumble and prevents gluten development (it has to be minimal to ensure the right texture). In addition to this, you should always opt for cold lard or butter to make sure the flavor is rich, and the texture is crumbly. 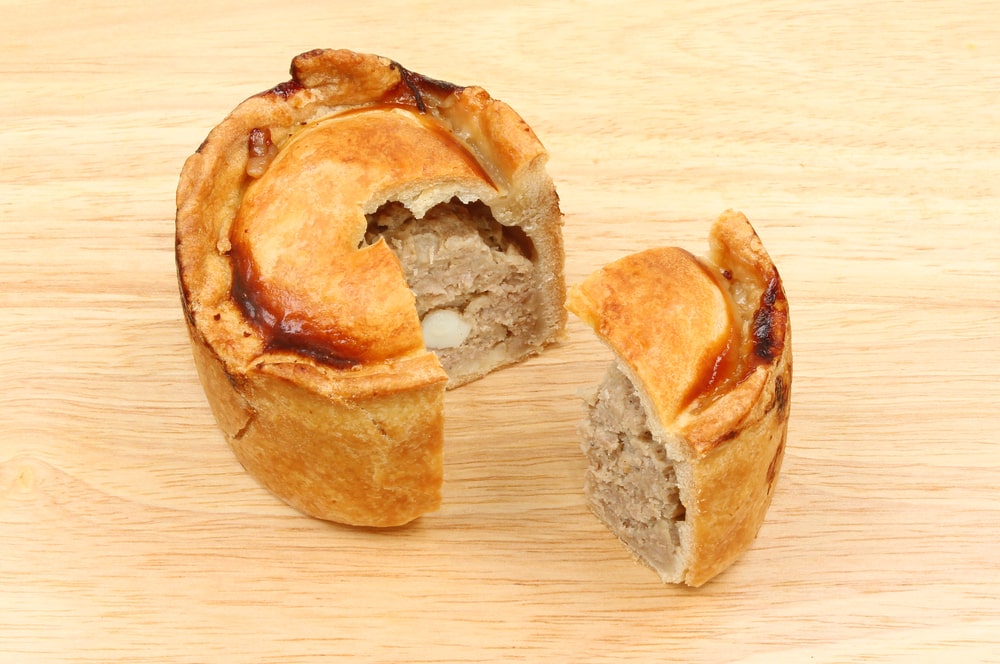