Wine is something that wasn’t always used in cooking. The discovery was one made very randomly, but fortunately. Now it is an ingredient that is almost a necessity in some great recipes. That’s because wine makes most foods much better than they already are, providing them with a unique taste that makes them much more delectable compared to their regular counterparts without wine.

To adjust to the need of wine in cooking and to make things more convenient for all the chefs that use it, there have been many different kinds of cooking wines released over the years.

One of the main ones which we’ll be discussing today is cooking sherry, along with just how it differs from normal sherry. Sherry is a drink that is known throughout the world. It is easily one of the most popular and loved types of wines out there, having a very unique taste.

Despite being the same type of wine, both sherry and cooking sherry are very different compared to one another. All the reasons why this is the case are given below.

Both these types of wine are derived from Spain. Sherry in particular is something that has been around for hundreds of years. As mentioned, it is loved by lots of people all around the world where wine is common thanks to it having such a delectable taste.

This taste is quite unique thanks to the delectable white grapes from the city of Jerez de la Frontera in Spain which are used to make it, providing it with a distinct feel of its own which most love. The taste can be defined as quite sweet and obviously a little grapey, but not too sharp to make it too much to handle for some.

Cooking sherry on the other hand, is completely different in taste despite being the same type of wine. It is basically sherry itself, but purposefully altered in order to make it much more suitable for cooking purposes.

One of the main alterations include adding a lot of preserving salt into the sherry to provide it with a longer shelf life and make it better for cooking. Not only does this completely change the taste of the sherry, it also makes it just about undrinkable. It still retains the great taste as its regular counterpart when used for cooking, but it is certainly not good as a plan drink.

This is a difference that should be easily identifiable for any and all those that are familiar with both sherry and cooking sherry. As we’ve already mentioned, the former is a beloved type of wine which is used for drinking purposes all across the world, or at least in the countries and/or states that allow the consumption of wine. It is sometimes used to add to certain desserts as well, but the main purpose that it serves is usually drinking-related

While on the subject of cooking using this ingredient, one very important thing to be kept in mind is that there’s no need to use salt in a recipe if you’re already using cooking sherry. That is unless the recipe itself states that they’re both necessary.

Another very big difference between both these different types of sherry is just how affordable they are. Since they aren’t really used for drinking purposes and are just a type of wine meant for food preparing, cooking sherry is expensive, but definitely much less than regular sherry.

Regular sherry, being a delectable wine loved by many, has risen in price for many years and continues to rise more and more. So while regular sherry is certainly an alternative for cooking sherry in some cases if you add a little salt to it, it would be much more preferable to buy and use the latter instead. 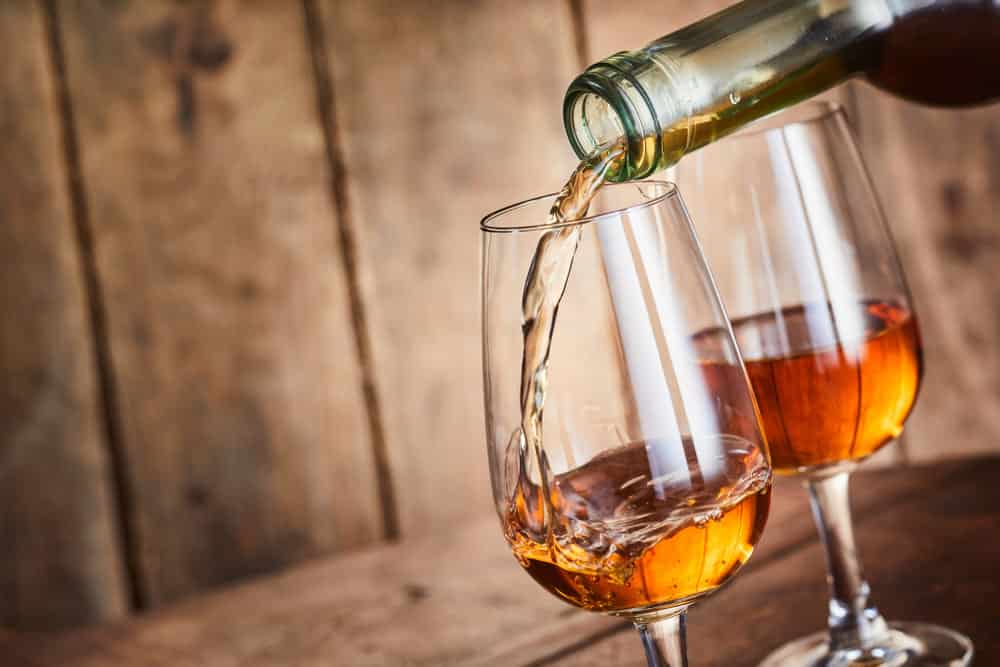