Onions have become a must-have for the majority of cuisines and recipes. However, the intriguing part is that there are various varieties of onions available, such as shallots and chives. Truth be told, they are often confused with each other, but we are sharing information about shallots vs. chives. So, let’s check out the details, shall we?

Shallot is the variant of onion (of course) and is named to be a botanical variety. Shallots are pretty similar to Chinese onions as well as scallions and chives, but there are some differences that we will talk about. Shallots have origination from Southwest Asia and/or Central Asia. However, it is now used in eastern Mediterranean regions as well. Shallots are widely used in cooking, but some people pickle them as well. In Asian recipes, deep-fried and sliced shallots are used as condiments.

Generally, it is served with porridge in Asian cuisines. As for the taste, it’s pretty similar to onion, but the flavor is much more subtle and mild. Not to forget, it irritates the eyes just like regular onions. Shallots can be stored in a dry and cool area for over six months. However, people can also buy dried or chopped shallots from the supermarket. There are multiple varieties of shallots available, such as Pikant, Ed’s Red, and Atlas (these variants are famous in Europe).

That being said, grey shallots are widely used in Southern France. It is widely used in Sri Lankan cuisines, such as lunu miris and pol sambola. Shallots add a perfect flavor to different vegetable, meat, and fish recipes. In the case of Indian cuisine, shallots are used in curries, lentils, and sambar. As far as pickled shallots are concerned, they are pickled in red vinegar and are served in Indian restaurants. It can be served with papad and sauces as well.

The most surprising fact is that shallots can be mixed with sugar or jaggery for fixing sore throats. The primary difference between shallots and regular onions is that shallots don’t add the black color to the recipe (onions can do that). Shallots come with green leaves, and these leaves resemble the chives’ leaves as well. These shallots look like red onions but have clove-like flesh when it’s peeled.

The smaller shallots tend to have three cloves, while bigger ones have around six cloves. As far as the flavor is concerned, shallots have a milder flavor with a slightly sweet taste. Some people also experience the garlic hints. With this mild flavor, it can be added to dressings and salads in raw form. The best thing about shallot is that it doesn’t add overpowering flavor to delicate and fine recipes.

Chives are distant relatives of scallion, shallots, and even garlic. Chives are widely used and available in North America, Europe, and Asia. Chives do have the leaves (the leaves are edible as well). In the majority of cases, chives are used as herbs and are readily available in grocery stores. Chives are extremely easy to grow, which is why they can be grown in home gardens. The green stalks and flower buds of chives are diced and cut, and are added to soups, omelets, potatoes, and fish.

As far as the flowers of chives are concerned, they can be added to salads. If you have chives in your garden, it will even repel the insects and pests. This is used as a flavoring herb and delivers the onion flavor with its mild hints. The leaves and scapes of chives are used for multiple culinary purposes. This vegetable is used in Sweden and France (they are added to the sauce that’s served with herring in Sweden). Also, the diced flowers are perfect for garnishing purposes.

In case of Germany and Poland, people use chives with quark. Chives are generally used in fresh form but are available in the dry-frozen form. The raw chives tend to have a milder onion-like flavor. However, when cooked, the flavor is dampened. In addition, chives garnishing adds flavor to the recipes. The best thing about chives is that it doesn’t create a bad mouth smell.

Chives are known for the crunchy flavor, but the dried version will have a crumblier texture. As for fresh chives, it delivers a fresh flavor. However, this texture can be dampened when sliced in a thin form. Even more, the thinly sliced chives literally melt in the mouth. Also, it has an onion-like aroma, but it will be milder. 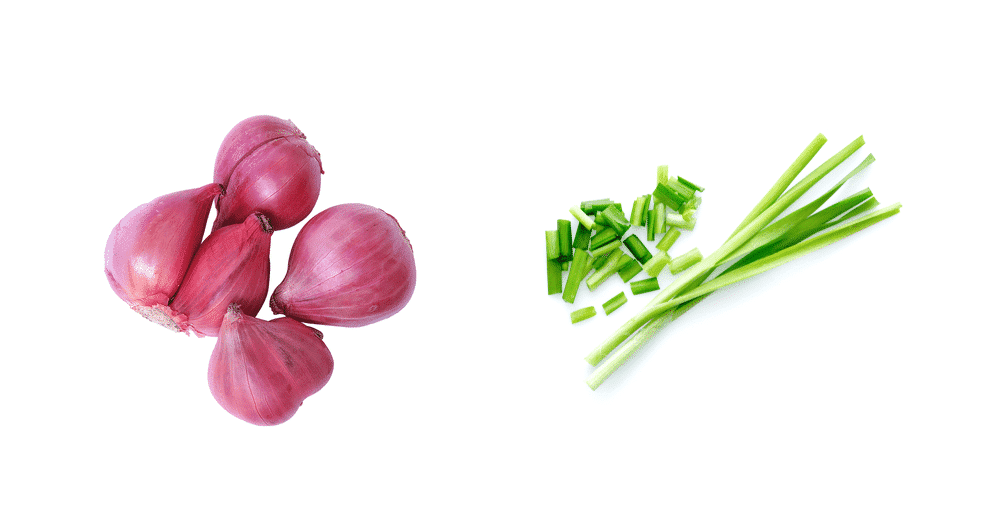