Tomatoes are one of the easiest vegetables to grow but you’ve to be careful about plucking them. That’s because it can be challenging to determine when they are fully ripened and ready to be used.

In most cases, the problem occurs when people pluck the green tomatoes.

The green tomatoes aren’t always ripe because it’s the stage before they turn yellow and red. Usually, people pluck the tomatoes earlier to prevent them from bug and animal attacks.

So, if you have done the same, we are sharing how you can ripen the tomatoes inside!

If you have to ripen the green tomatoes indoors, it takes around one to two weeks for the tomatoes to become red, only if the ideal temperature and humidity are maintained.

However, how mature the tomatoes are at the time of plucking also impacts the ripening periods.

In particular, the tomatoes that already have an orange hue will be ready in a week while completely white-greenish tomatoes will take two to three weeks.

Methods To Ripen The Green Tomatoes Inside

Many people pluck the green tomatoes without paying heed to the size. This is important because the tomatoes that are too small tend to rot before they become ripe.

For this reason, always look for an average-sized tomato before you pluck it. If the tomato is too small, let it grow for a few weeks.

On the other hand, if the tomatoes are of the right size, you can pluck them and follow the below-mentioned methods to ripen them.

However, before we outline the methods, remember that you’ve to check the tomatoes daily to remove any tomatoes that are going bad.

The tomatoes depend on ethylene gas to ripen, which is why it’s essential to keep the green tomatoes in a temperature-controlled and confined area once they have been harvested. For this purpose, we recommend using a paper sack. 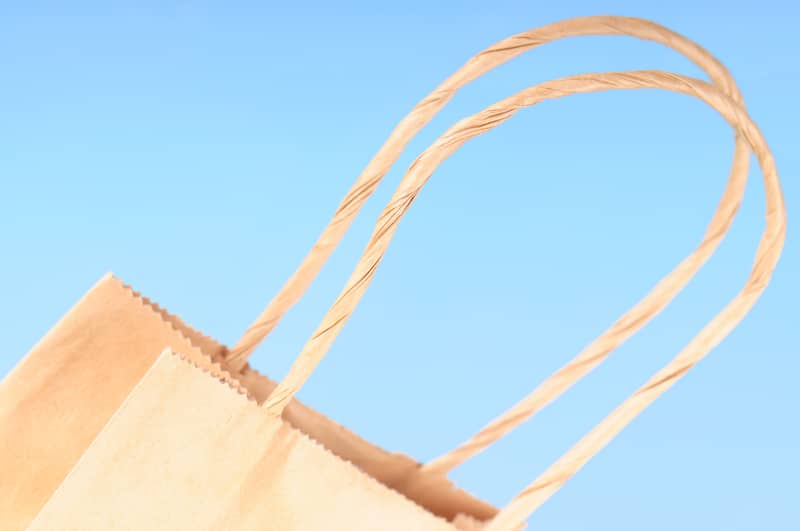 This temperature and paper sack allows less humidity but improved airflow, which allows the production and retention of the ethylene gas – it helps ripen the tomatoes. Also, you must fold the sack’s edges.

The bananas are known to release ethylene gas as they ripen. For this reason, it’s recommended that you put a few bananas in a sack of green tomatoes – it exposes the tomatoes to ethylene gas produced by bananas, resulting in faster maturing. 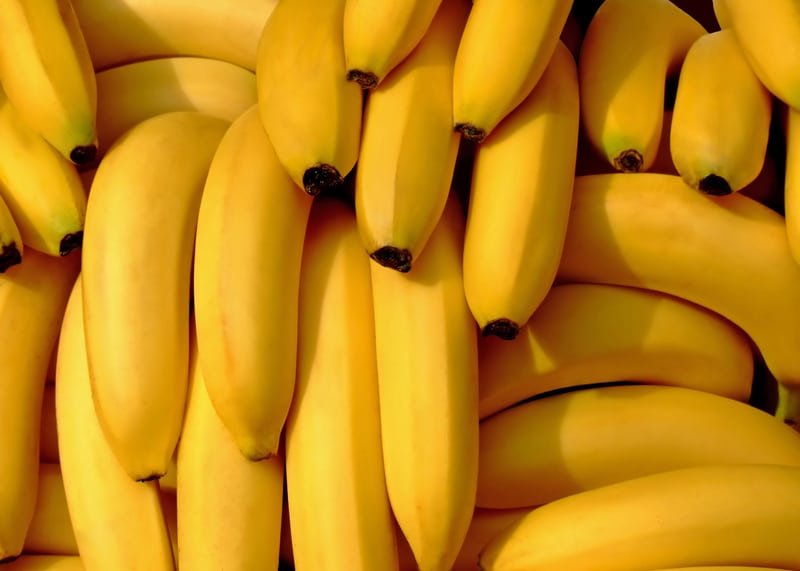 In case you don’t have a banana, you can also use an apple.

The jar will help create a greenhouse effect and the tomato will use its own ethylene gas to ripen. For this purpose, you can put two to three tomatoes in a glass jar and close the lid.

As a result, the temperature and ethylene gas in the jar will help ripen the tomatoes.

However, you have to be extra careful while using this method because it can create room for mold development.

It’s recommended that you open the jar after two days to release the excess heat and moisture. In addition, don’t put the jar in direct sunlight.

In this case, you don’t have to pluck the tomatoes while they are green. Instead, you can bring the tomato plant indoors, especially if you are growing them in pots.

On the other hand, if you have planted tomatoes in the soil, just dig up the plant and take it inside. 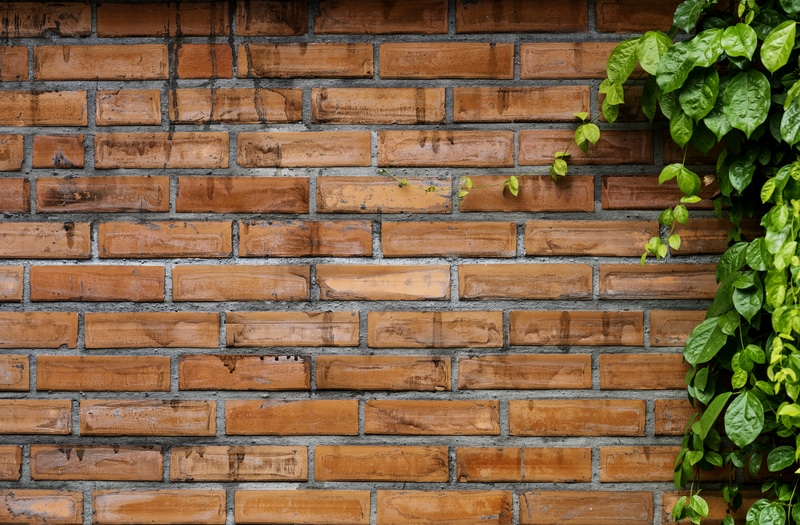 For this purpose, you have to dig up the plant, including its roots, and brush off the excess soil. Then, just hang your plant upside down indoors and let the tomatoes ripen on the vine.

Another method is to wrap one tomato in a piece of newspaper. In particular, you have to wrap a green tomato in various newspaper layers and leave a small hole on the top to make sure the moisture can escape (it helps prevent molding).

Once you are done layering the tomatoes, just put them in a box (you don’t need to stick to one layer anymore). Once done, put an apple or a banana in the box, seal the lid, and wait for a few days.

This method is similar to using a paper sack for ripening the tomatoes. However, it’s a recommended choice for people who have a bigger harvest of green tomatoes.

You can use any cardboard box available in the store room but make sure it’s clean and intact. 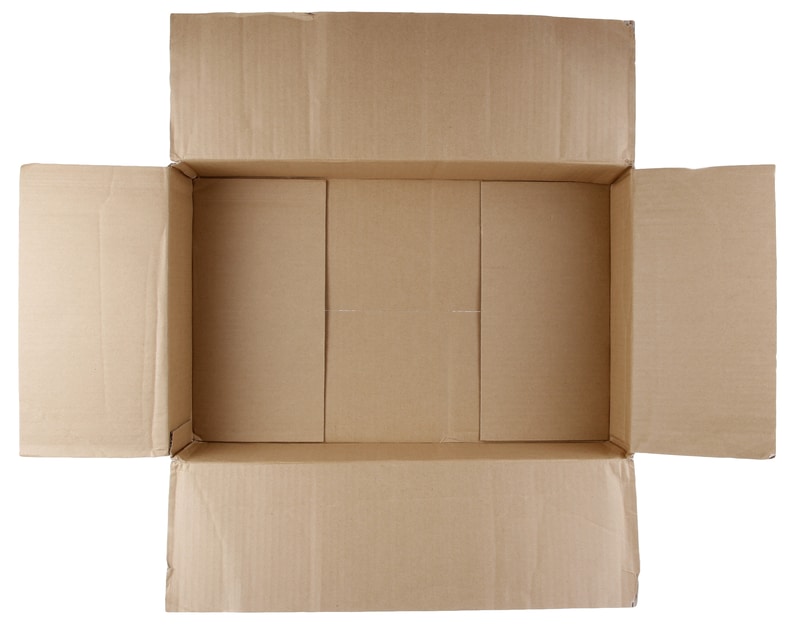 You can place the tomatoes in one layer on the bottom of the box and arrange them in a way that some space is left between them. Then, seal the box and let ethylene gas do its job.

You can also put in a banana, apple, or avocado to fasten up the maturing process as they release ethylene gas.

The Essential Growth Conditions For Tomatoes

Now that we have mentioned seven different methods of ripening the green tomatoes inside, it’s important to remember that growth conditions play an essential role. So, consider the following points;

So, are you ready to ripen the tomatoes at home? 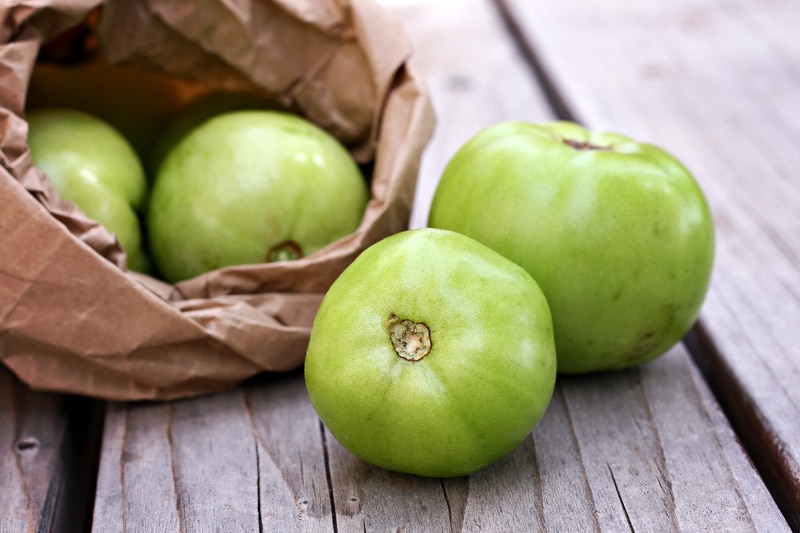