Dairy products are always too versatile and delicious to charm almost all the dishes. For example, cheese. People love to eat cheese alone or pair it with other edibles as well as cook or grill them in some foods. Reblochon cheese is one of its kind. This popular unpasteurized French cheese has almost all the creamy and nutty features. Reblochon cheese is made up of cow’s milk. There are so many cheese kinds that you often get confused about which one to buy.

What Exactly Is Reblechon Cheese?

Reblochon cheese is a soft French cheese with a delicate texture and sweet, nutty flavors. Thones and Arly valleys were the first to discover Reblochon cheese. This amazingly rich cheese is soft washed-rind and smear-ripened in nature. Due to considerate health issues, not every country has an abundance of this rich cheese. This is exactly why you need to keep some substitutes in your mind to take your recipe to completion.

Reblochon cheese has also been awarded for being one of the best cheese in the world in the year 2014.

What Is The Best Reblochon Cheese Substitute?

Reblochon, being a famous French delight, doesn’t have many alternatives that would be enough to match its level of taste and flavors. However, we have still put together some of the soft and creamy cheese types that are going to give the same taste and recipe results as reblochon cheese will. Read on.

Here are some of the best substitutes for reblochon cheese:

Just like reblochon cheese, fontina has a strong and intense aroma. This might feel unpleasant to many people. Overall, both the Fontina cheese and Reblechon cheese are pretty much similar which makes Fontina, the closest substitute of reblochon cheese.

The Gruyere cheese is named after the city it is first discovered in, Gruyere. Although this type of cheese is found abundantly in Switzerland. Because gruyere cheese is nutty and extra velvet-like creamy in texture, we find it another close substitute of reblochon cheese. Both of these cheeses are washed rind and extremely soft unpasteurized cheese that is inter-replaceable. You may easily substitute reblochon cheese with gruyeres cheese.

Port Salut cheese is made out of skimmed milk which is super soft and creamy after extra-long time of curing. This cheese is named after the city, Port Salut, which it got discovered in. Reblochon cheese and Port Salut cheese, both are quite similar in flavors, textures, and taste that one can’t really differentiate between them well.

The cheese-making modification processes, together, have made the Port Salut cheese available in several forms and shapes.

Port Salut is another close and commendable reblochon cheese substitute.

Here is a semi-soft and washed rind cheese up to replace reblochon cheese. Many of the characters of muenster cheese resemble reblochon cheese a lot that make both of them good alternatives for each other. They both are super soft and creamy in nature.

Taleggio cheese has an equally nutty and creamy taste and texture as reblochon cheese. The characters of washed-rind and smear-ripened also make both of them good alternatives to each other. 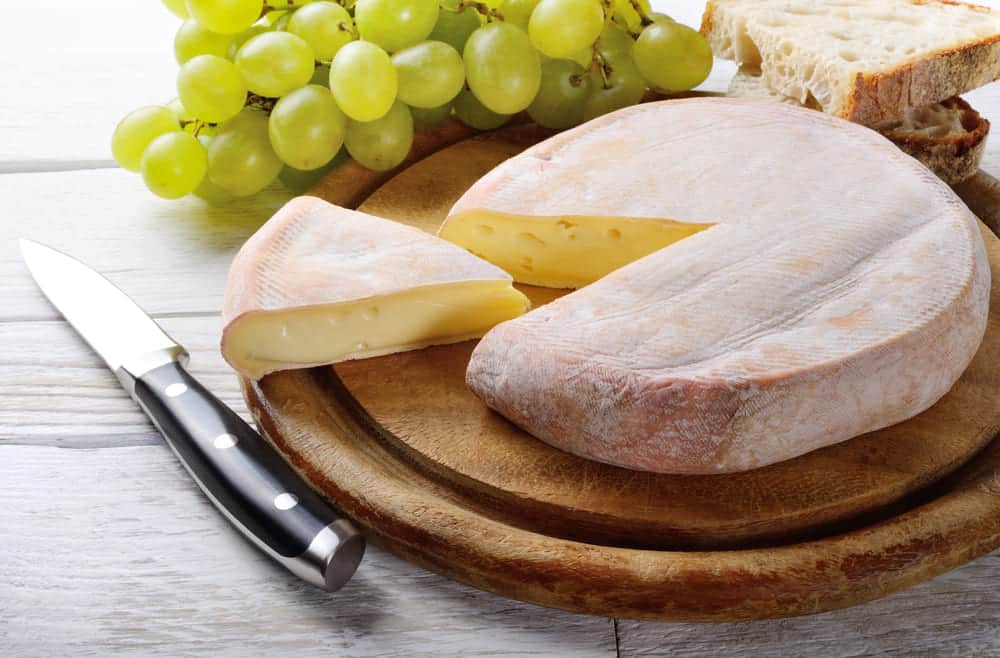