What is sous vide cooking technique?

For sous vide cooking to work, a constant temperature must be maintained at all times during the length of the cooking process. High-end restaurants around the world have been using sous vide cooking to achieve precise results with their food. However, as sous vide cooking equipment and appliances have become more accessible, this method has become popular for home cooks to use as well.

The differences between a pressure cooker and sous vide

In terms of how they both work, the two cooking methods could not differ more from one another. The sous vide technique warms food at relatively low temperatures and often requires slow cooking for it to be done properly. The objective with sous vide is to make certain that a precise temperature is maintained throughout so that food does not overcook. In the end, once the process is complete the food will remain soft and moist.

A pressure cooker, alternatively, speeds up the cooking time by increasing the boiling point of water. This process tenderizes difficult to cook foods such as tough cuts of meat while keeping them moist and soft. However, unlike sous vide, the user has a lot less control when it comes to the level of doneness and moisture levels. As such, the sous vide method gives the cooker greater control during the cooking process but it takes much longer while pressure cookers prepare food a lot faster but with a lot less control.

Can you engage in sous vide cooking using a pressure cooker? 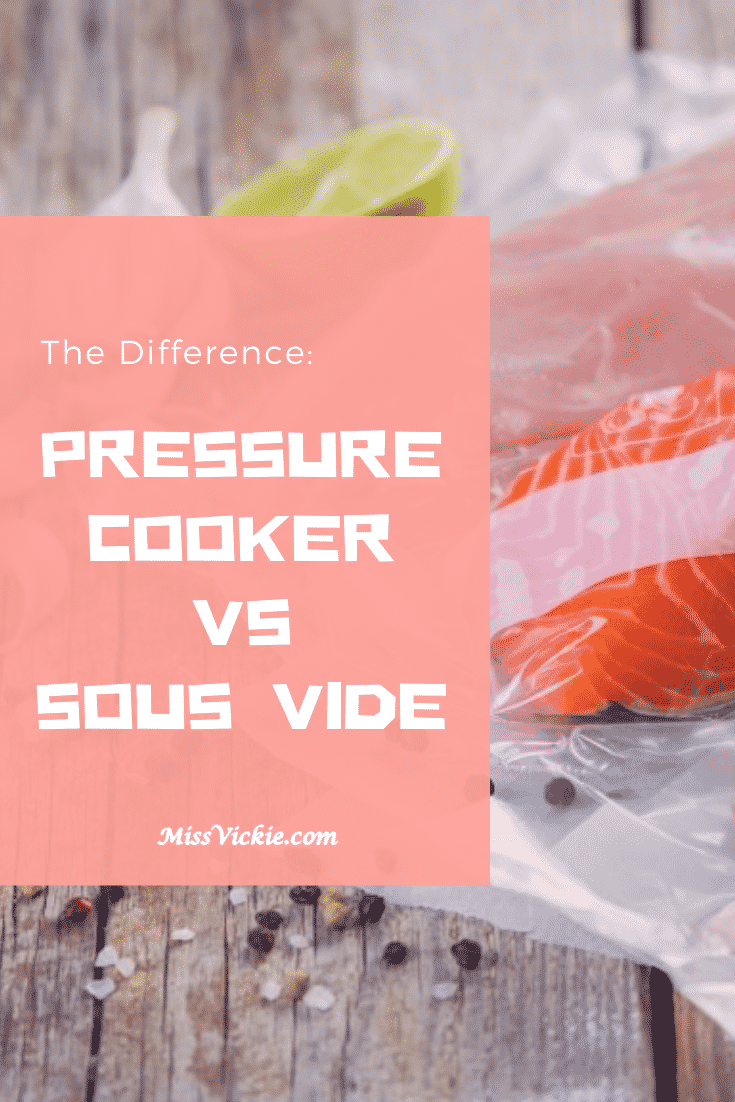