While beef and chicken dishes are some of the first recipes that individuals try out on their pressure cookers, you will be pleased to know that seafood, as well as fresh and frozen fish also performs well in a pressure cooker.

Often easy to pair with a variety of other ingredients such as potatoes, celery, onions and carrots, seafood and fish typically take a short time to fully prepare compared to other types of meat dishes. Whether you are planning on making soups, chowder, gumbo, curries or seafood and fish stews, there are endless opportunities for you to explore when preparing seafood in a pressure cooker.

As mentioned above, cooking times for sea food and fresh and frozen fish is usually very short. In most instances, seafood and fish produces the best results when steamed but stewing is also an excellent alternative.

When steaming seafood, you will require at least one cup of water and a steamer basket. Be careful not to overcook seafood as the texture might become tough when overcooked, unless of course that is the intended result that you were going for. Typically, you will need to make use of the steam release feature to release the pressure and end the cooking process. Alternatively, you can also allow the fish to cool slowly by using the natural cooling method.

If you do not want your seafood fillets to fall apart when cooking, consider wrapping them in a foil that has been brushed with oil or butter. If you do not have time to thaw out your frozen seafood, you can place them directly in your pressure cooker. The frozen fish will release extra liquid that you can save for later to use as stock.

If you are following a recipe that requires you to use multiple ingredients at once, do not make the mistake of adding them all at the same time. If you do, some of the ingredients may not cook fully while others may turn to mush due to overcooking. To prepare multiple ingredients such as potatoes and leeks with your seafood and fish, it is best to add each ingredient separately.

The best thing to do would be to add the ingredients in the order of their required cooking times. The ones that take the longest to cook should be added first while the ones with the shortest cook times should be added last. Remember to pay close attention to the recipe instructions so that you can know the order in which you should put your ingredients. Also, you should remember to double check your recipes against your pressure cooker manual to make sure that the quantities make sense.

Do not overstuff the pressure cooker

Remember not to overstuff your pressure cooker with too many ingredients. As a rule, pressure cookers should never be filled more than half way up especially if you are mixing your seafood and fish with ingredients that are capable of expanding such as rice. If you are simply steaming one kind of fish such as salmon fillets, avoid filling the pressure cooker more than two thirds of the way full so as to get the best results possible. 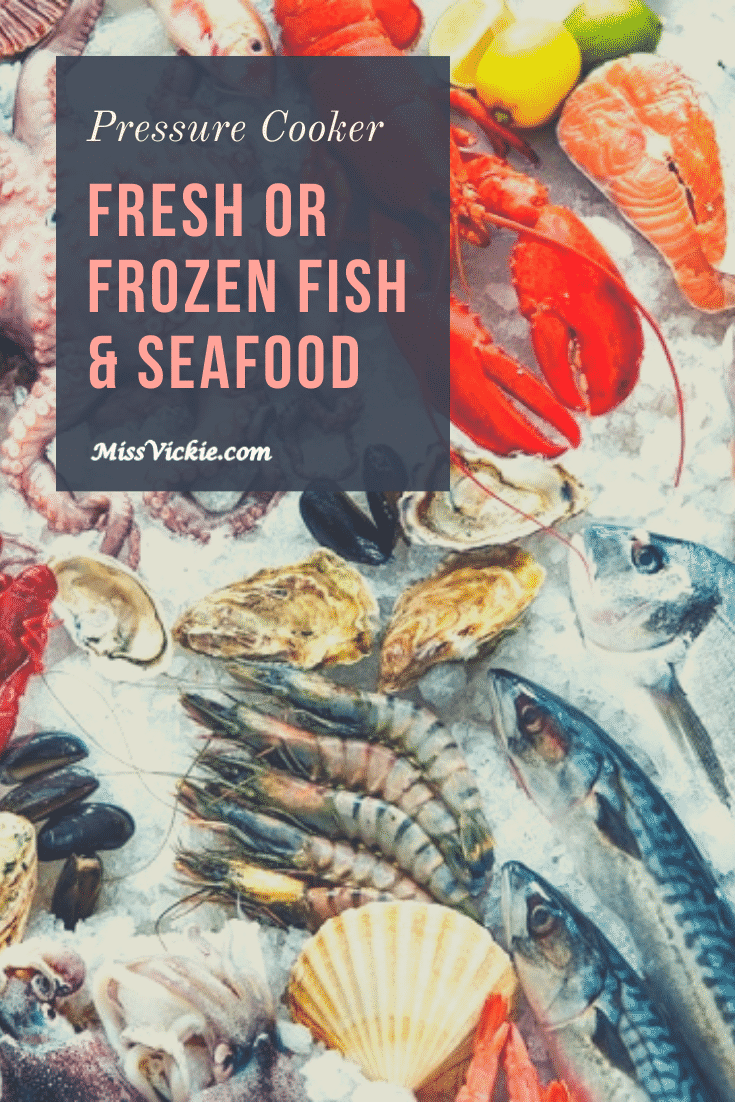