Home chefs find several cuisines interested. They don’t rest but keep on exploring various cuisines to level up their cooking game. White meats such as chicken and fish have lots of cooking techniques as they are very easy to get around. Now, if you love exploring the word of French cuisines, you must have already heard the name “Poele”. It is the culinary term first used in France. Poele is a French cooking technique that lets you cook chicken and fish with less liquid but high steam.

If you are wondering about the deep insights of Poele, you have probably at the right place. In this post, we will walk you through the Poele cooking technique in detail. Read on.

What Does The Term Poele Mean?

Poele is a French culinary term that means to cook the particular white meat in its own juices. Either you steam up the meat in a pan or use an oven or broiler. The word Poele is used for both. Many people, besides French, love to cook fishes and chickens this way to retain maximum juices of the meat in the pot.

The tern Poeleling is also referred to as butter roasting as the ingredients with several herbs and aromatic combine to steam up and prepare delicious meaty meals of chicken, fish, pork, and beef. The cooking technique of making a Poeler is also called Poeleing which some people commonly call casserole braising. The term of Poeleing basically by word to word French translation, means pot-roasting.

The guide of Art and Science of Cooking stated the exact definition of Poeleing as:

“Poeler is a technique of cooking that is especially used on poultry parts that have skin left on as well as with meat that still has remaining skin. Other protein-rich meat from a butcher, such as veal, can be cooked with this method. It has been compared to steam frying, using a heavy skillet. Small amounts of liquid are added to prevent the food from sticking.” (Source: https://onthegas.org/food/poele-cooking)

What Are The Steps Of Poele Cooking Technique?

If you have already done roasting and butter braising, then poele shouldn’t be any challenging for you. It is exactly similar to chunking meat and roasting.

First of all, you have to prepare a mixture of classic Matignon which is the combination of raw carrots, onions, and celery with ham and aromatics. You may add salt or pepper according to your mood. This mixture then gets sautéed with butter and deglazed with wine.

This is the main step of poele cooking technique which requires you to dump down trussed meat in a Matignon mixture for an hour of deep steam-roasting. This is the step where your chicken gets cooked in its own delicious juices.

To add a bit of golden crust, you pan-fry the steamed meat for some time.

It is really that easy to cook your chicken, pork, fish, following poele cooking technique. 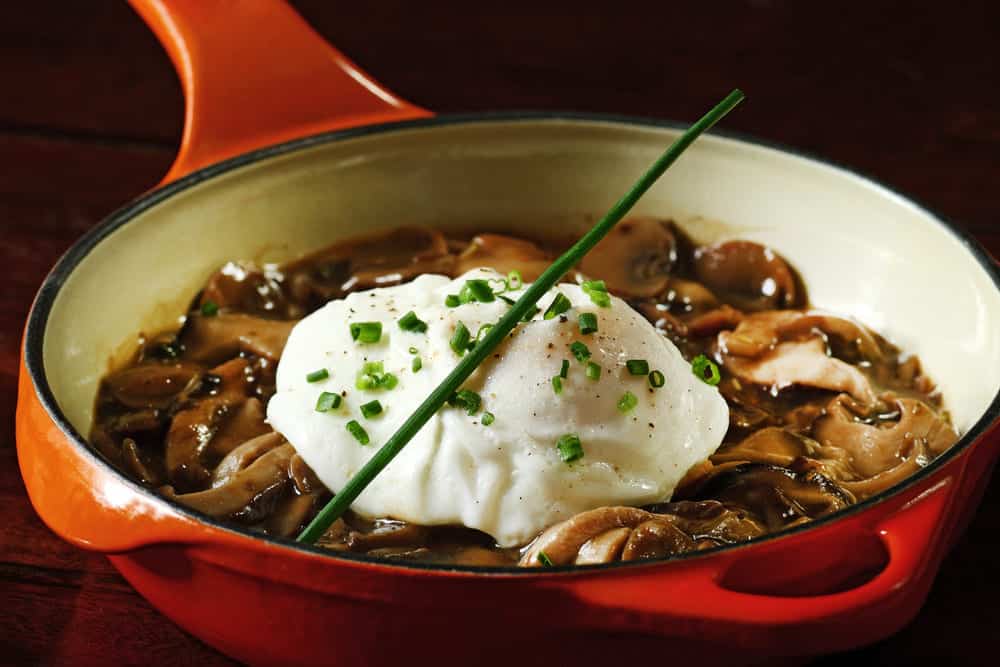