When it comes down to cooking and preparing the food, there is a variety of things to consider, especially when you have to smoke or grill your food. Ranging from knowing the right timeline to smoking the food to knowing the right type of salt, there is a lot to consider. In the majority of cases, pickling salt vs. curing salt is a common comparison and we are sharing information about both of them!

Curing salt is usually pink in color and is widely used for meat processing purposes. When used in meat processing, it adds a pinkish appearance to the meat while enhancing the preservation time. In the majority of cases, it is also known as Prague powder and is used to prevent the development of bacteria in the meat, especially during the curing phase. For the most part, meat is impacted by botulism or sausage poisoning.

Curing salt can be used for preventing these diseases since it has sodium nitrate which helps prevent bacterial growth. The curing salt and its grains look quite similar to table salt but its pink color adds a unique appearance. However, using curing salt demands experience, so only use it if you know how to cure meat. Also, make it a point to use correct instructions when using curing salt because there are toxins in the salt that demands correct usage.

Curing salt has a pinkish color, which is why many people confuse it with Himalayan pink but that’s not the right approach. It has sodium nitrate which helps preserve the meat, preventing bacterial growth. When it comes down to the uses, it is only used on meat and cannot be treated as ordinary salt since it can be toxic. On the other hand, if you cannot find curing salt, you can substitute it with saltpeter kosher salt.

On the other hand, we do want to mention that curing salt can be hard to find and the prices are higher in the majority of stores. It can be used for curing meat and preserving it. Also, it must be stored in a dry and cool place.

Pickling salt is pure salt or pure sodium chloride and it is usually used for pickling different types of foods, including cucumbers. Pickling salt is different as compared to other types of salt, such as table salt because there is no iodine. This is primarily because iodine can react with bacteria that are important for fermentation, resulting in dark pickles. The pickling salt doesn’t include anti-caking agents, which is why it clumps together if it’s exposed to water or moisture.

Pickling salt is known for its fine grains which is why it is helpful in creating a brine that’s used for pickling the product. In addition, the fine texture results in quick dissolving. It can be used as an alternative to table salt since there are no additives. As far as substitution is concerned, you can use sea salt and kosher salt in place of pickling salt since both of these salts can be used for pickling but you must follow the correct substitution ratio.

Pickling salt has a white color and is quite easy to find in grocery stores. In addition to pickling, it can also be used for preserving the vegetables but the salt needs to be stored in a dry and cold place. However, you must be considerate about its usage because too much can be harmful. 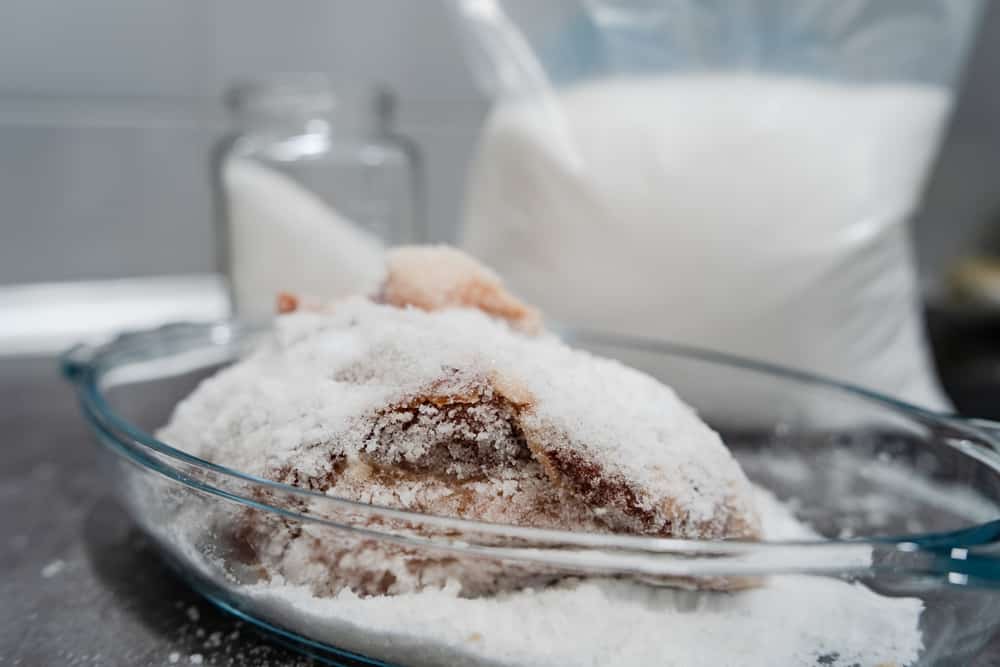