Even though pasta is one of the most common food items available in the market, most people don’t know how to manage their pasta recipes. A common mistake that users make is that they would try to limit the water supply, and the pasta won’t soak up the necessary amount of water to develop a smoother texture. So, if you also struggle to maintain the quality of your pasta, try focusing more on the water content and the consistency of the sauce.

Lately, a few users have been asking about penne and penne rigate. If you’re also confused between these two pasta variants because of their similar shape, then the following details can help you better understand which pasta is perfect for you.

The standard penne pasta can be described as pasta that is shaped like the nib of a pen. It has a smooth surface and is pointy on both ends. This is one of the most common types of pasta that you can find in the market. The majority of users don’t pay attention to the texture of the pasta while purchasing the food items from a market. It can be somewhat confusing to differentiate between the Penne and Penne rigate pasta variants without looking at the texture.

The smoother surface of penne pasta is quite unpopular among users because of its inability to hold onto the sauce. So, you will often find that most recipe guides will instruct users to purchase penne rigate pasta from the market. Even though the difference might not seem like much, it can have a huge impact on the final flavor of your dish. This is why you should always follow the instructions strictly to replicate the perfect flavor.

All in all, the only difference between penne pasta and penne rigate is that the standard penne pasta has a smooth surface. There are no ridges on this pasta variant, and you will often find users complaining about sauce not sticking to the pasta. So, make sure to keep this in mind on your next trip to the market.

The ridges on the pasta surface are what differentiate penne rigate from the standard penne pasta. This variant is quite popular as users prefer to purchase pasta that sticks better with the sauce. The ridges on this pasta make it easier for the sauce to stick, and you will have the best experience while using sauces with a chunkier texture. On top of that, the ridges make it easier to bite down on the pasta.

Aside from the ridges, there are no differences between these two pasta variants. The presence of ridges is enough to make users more interested in the penne rigate. This texture variance makes a huge difference, and you should experiment with both the penne and penne rigate to pick the perfect option for yourself.

In most situations, sticking with the penne rigate is the better option. However, there are many users that prefer the slippery texture of standard penne pasta. So, everything comes down to personal preferences. If you need something that is easier to bite into and maintains a rougher texture to hold sauce, then penne rigate is a better option. On the other hand, if you’re looking for a slippery pasta that just melts in your mouth, then the standard penne pasta is for you.

Overall, the basic and only difference between penne and penne rigate is the preferences of ridges. If there are no ridges on the surface of pasta, then it is the standard penne variant. Otherwise, you’re dealing with a penne rigate pasta that will help you better manage the consistency of the sauce. Hopefully, this information will help you make a better decision on your next trip to the market. 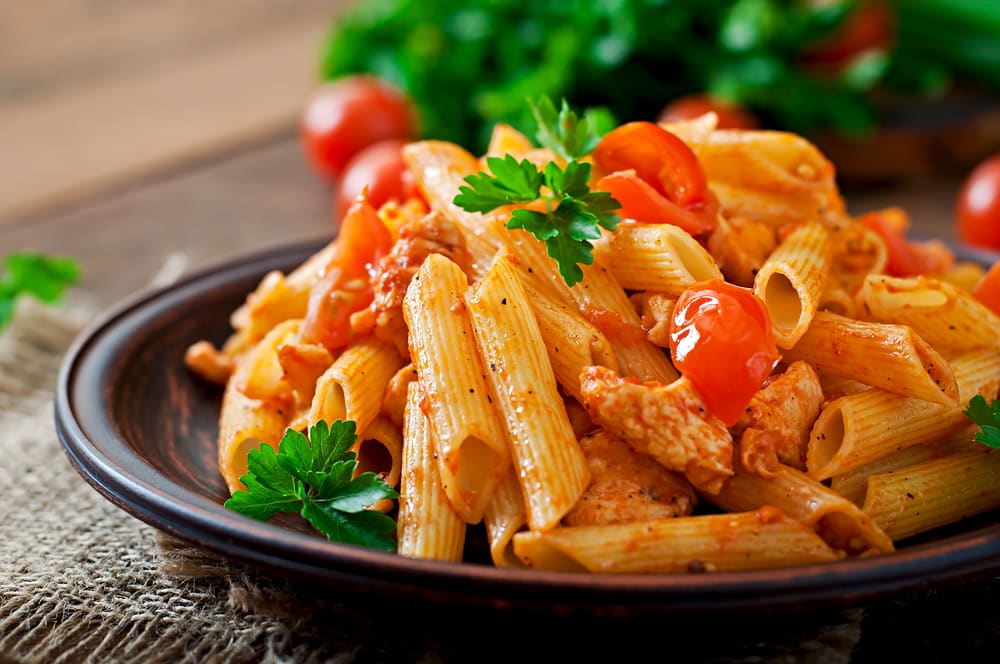