Orange blossom water, otherwise also known as orange flower water, is a key ingredient in many different recipes. It is usually an all-natural ingredient which isn’t actually extracted from inside an orange despite its name.

Instead, it is extracted from the petals on an orange tree. Orange flower water is produced by water distillation within said petals of an orange tree. This water provides a nice orange-like taste which became more and more popular over time. The only problem is that despite its popularity, the ingredient isn’t exactly available commonly throughout the world.

If you live in one of the many places in the world where orange flower water isn’t found commonly or if you wish to substitute it in your recipe for whatever other reason that comes to mind, we’re here to help. There’s a lot of good alternatives for the ingredient available out there and we’re here to discuss a few of them.

The best ones which we recommend the most out of all are listed below, so continue reading to learn more about them and the many things which make them such great substitutes for orange flower water.

Orange oil is one of the more popular replacements for orange flower water in nearly any recipe. It is likely the most common of all which we’re discussing on this list, which is a good reason why it’s such a great alternative. It is a healthy ingredient too, one that’s usually all-natural and has many great benefits.

This orange oil is extracted directly from the rind of an orange. For those that aren’t familiar with its name, an orange rind is the outer skin of the orange that you peel off before eating it.

It must be kept in mind that this is a very concentrated and flavourful ingredient that is certainly capable of replicating the feel of orange flower water, but it must never be used in large amounts. If you’re looking to use this as a substitute, one or two drops of orange oil is more than enough to replace one or two entire tablespoons of orange blossom water.

Another completely natural and relatively healthy replacement for orange blossom water is orange zest. This specific ingredient is extracted by grating or peeling the outer layer of the orange peel. This layer features the most essential oils from inside of the orange and provides a great tangy flavor to any recipe in which is added.

You can use the orange zest as an alternative in a variety of different desserts and baking recipes involving the orange flower water, and it can be used for some other types of foods as well. You’ll have to look up exactly what proportion of orange zest to orange blossom water needs to be substituted depending on the recipe that you’re following.

This ingredient is very identical to orange oil in more than a few ways. It’s the flavor extracted from an orange. While this extraction process usually takes place with the help of alcohol, there are other methods too which don’t involve the substance that might be a bit more helpful for some. Unlike orange oil, this specific option is much better suited to lighter cooking

The orange extract has a very similar taste to orange blossom water. It is great for desserts and baking especially, as it’s not as concentrated as orange oil. ½ teaspoon of orange extract to replace one teaspoon of orange blossom water is usually the correct proportion, although this can differ depending on the recipe you’re following so make sure to check.

While this may be a rare alternative, it can certainly be an interesting one that is tried out a lot. Orange liqueur of just about any kind can serve as a good replacement for orange blossom water, although it must be mentioned that this is an alcoholic substance that shouldn’t be used in recipes if children are going to eat the food being prepared too. 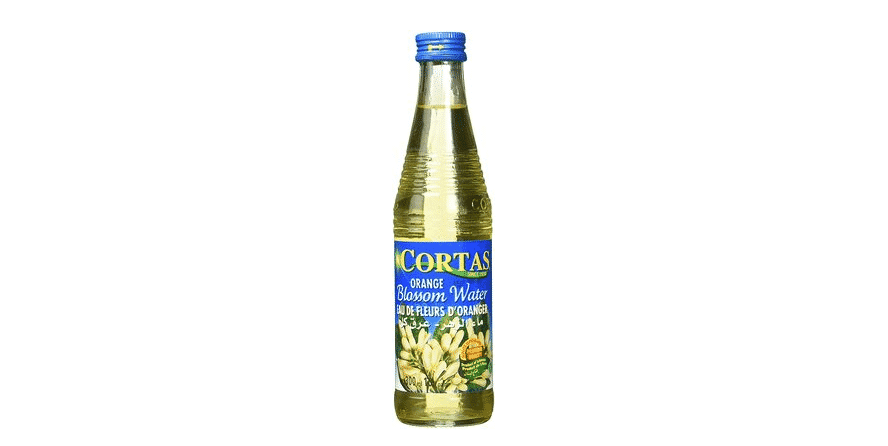