Air fryers have made life incredibly easy for people who like eating fried items. For instance, pork chops, fried chicken, chicken nuggets, and French fries are among the most popular foods worldwide.

The biggest issue was dipping everything in oil and deep-frying them. But, with an air fryer, you can get the same results without using a lot of oil.

The air fryers usually require a few drops of oil, and they can fry your foods just the way you like them.

It is pretty clear that air fryers are famous in the market, and NuWave is the ultimate choice for most people who need a premium air fryer.

However, that’s not to say that NuWave air fryers aren’t prone to problems. There are always problems that can arise from time to time.

If your NuWave air fryer won’t turn on and you wanted those nuggets, there are a few simple things that you can try out.

In the following few paragraphs, we shall look at a few troubleshooting tips. Now, let’s see how to fix that air fryer so you can start frying your chicken nuggets and chicken pops again!

First of all, you need to ensure that the air fryer is plugged into the power socket. You might be surprised to know the number of people who do not plug in the air fryer but think that there’s something wrong with it.

If you continue pressing the power button without actually checking whether it’s plugged in or not, do pay attention to the power source first.

If you are using an extension, it is important that you plug in the wires first and then turn the extension on. Plugging the wire in an active socket could lead to a few sparks. Nobody wants that!

On the other hand, if you have already plugged in the power cord but the air fryer still doesn’t turn on, unplug the power cord and plug it in again.

There might be an issue with the connectors, so take a look at those too. If this doesn’t work, we can move to progressive troubleshooting methods!

So, you have already plugged in the air fryer to the power source, but it’s still not switching on. Well, there are high chances that the fault lies in the power socket.

One needs to ensure that the power socket is actually receiving power. Don’t try to power it up if you know that the socket is compromised or there can be problems.

Air fryers require a decent amount of electricity, so make sure you only plug them in a reliable power socket.

If you are going to use an extension, avoid using a cheap one. Always buy a decent, high-powered extension that comes with power surge protection to protect your appliance.

You can also choose a new power socket because it will automatically provide seamless power. Obviously, this is not easy, especially if you have selected a suitable spot where you are going to keep your air fryer.

On the other hand, if you have checked the power socket with other electrical things and it still doesn’t power up, then it’s obvious that the fault lies somewhere with your NuWave Air Fryer.

If you have a sharp eye, you will be able to point out physical cuts and damages to the cable or cable head. If the cable is damaged and has cuts, it will have trouble providing power to the air fryer from the power socket.

More importantly, using a damaged power cable is a terrible idea. Not only will you risk serious injury to yourself, but there’s also a serious risk that your NuWave air fryer will suffer a short circuit. You really don’t want that.

In this case, it is better that you inspect everything. Also, it would help if you opted for cable replacement by a professional electrician. This is not something that you can do on your own, so don’t try it.

In the same vein, there are high chances of damage to the cable head. For this, you can easily take off the cable head and add a new one, which will probably fix the issue.

While replacing the cable head, make sure that you are choosing a robust, high-quality one. Please don’t go for the cheaper ones, as they don’t usually last, and there’s always the issue of power fluctuations.

The NuWave air fryer won’t work if you haven’t installed the food basket properly. If you took out the basket for a dishwasher but never fixed it back properly, the air fryer won’t turn on.

In this case, we would suggest that you properly place and position the basket in place to switch on the air fryer. If you have the owner’s manual, you can refer to that.

However, in most cases, it doesn’t take very long to figure out how to position the basket in the right manner.

These are just some of the most effective ways of making sure that your NuWave air fryer starts up and works properly. 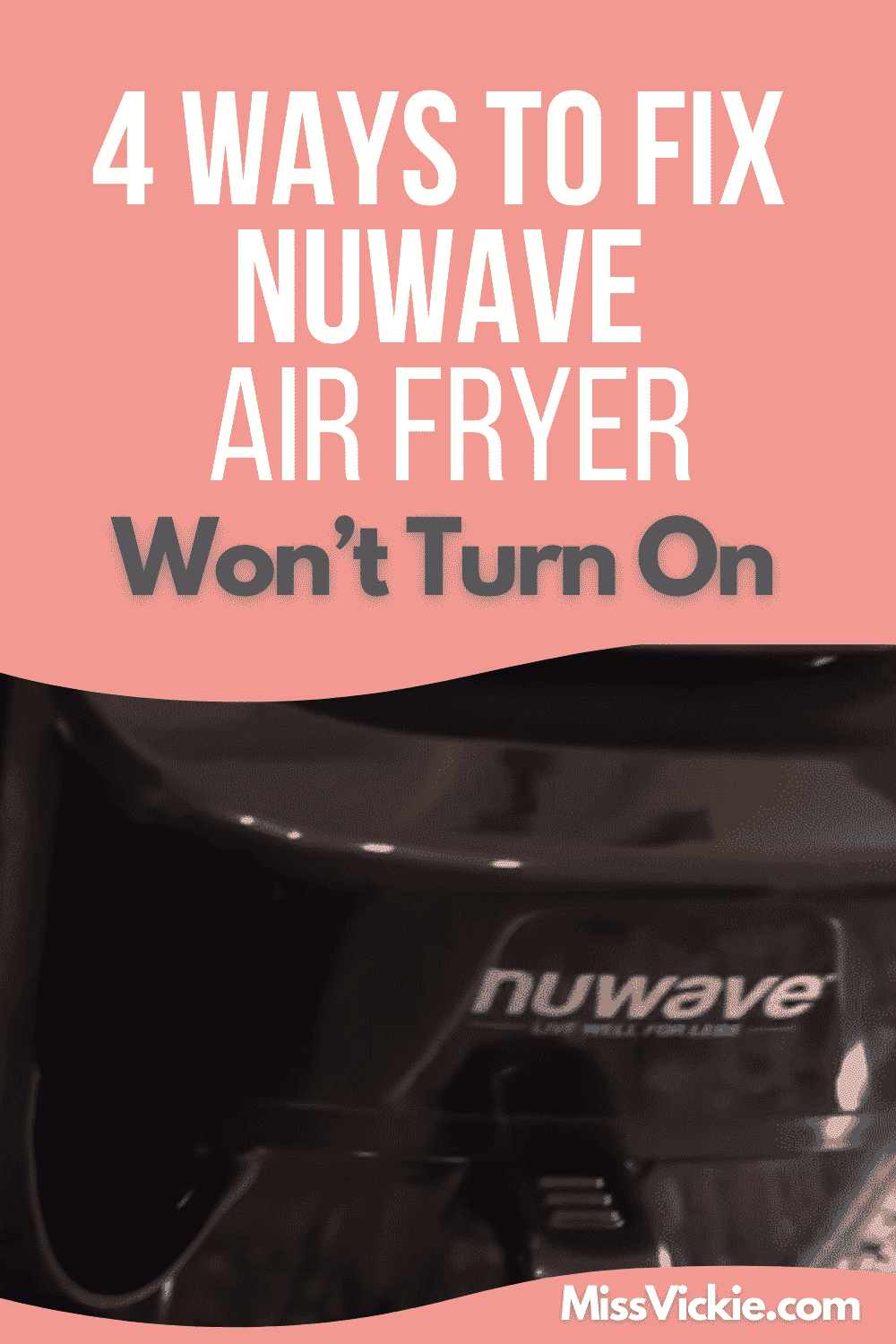