There’s no denying that caramel is one of the most famous ingredients that is used to flavor different recipes. Thanks to its sweetness factor, it may be used in puddings, desserts, toppings, or even as a flavor in things like ice cream and custard.

Though caramel is popular, most people don’t know how it’s made. Even if they do, they often end up messing it up somehow. Making a caramel should be as simple as any other recipe as the process simply includes heating sugar carefully as the desired color and flavor is achieved.

However, there are still certain things that need to be looked after whenever attempting to make caramel. A pretty common concern that we have seen many people make is that their caramel is too soft. If you are also someone who is wondering “Why won’t my caramel set”, then here are some common reasons behind it:

The first and most likely reason why your caramel might not be able to set could be since the sugar hasn’t fully dissolved. As you may already know, sugar is one of the key ingredients that is used to make caramel.

However, the process of caramelization requires the sugar to completely dissolve with water. To make sure the sugar has dissolved, an adequate amount of heat and water is required. So, you can try increasing the heat and decreasing/increasing just a bit of water. There’s also the possibility of using the wrong type of sugar for making caramel.

2. Not Using a Candy Thermometer

One mistake that most people make, especially beginners, is that they don’t use a candy thermometer while making caramel. Even if the reason why your caramel is not hard most likely has something to do with the temperature not being right, having a candy thermometer makes things so much easier.

Using a candy thermometer, you can learn the exact stage at which the caramel is currently in. As a result, you can have an easier time knowing when the caramel has reached a high enough temperature to be able to set.

3. Pulling Out the Caramel Too Soon

Similar to the previous two reasons mentioned above, it is possible that you haven’t properly melted the caramel. This can happen either because of the temperature or the time for which you are cooking the caramel. If you have pulled the caramel out too soon, you might have to attempt to remelt the caramel again.

Annoyed by the fact that your caramel won’t set? Mentioned above are some of the most effective and easiest ways on how you can easily resolve the problem for good. 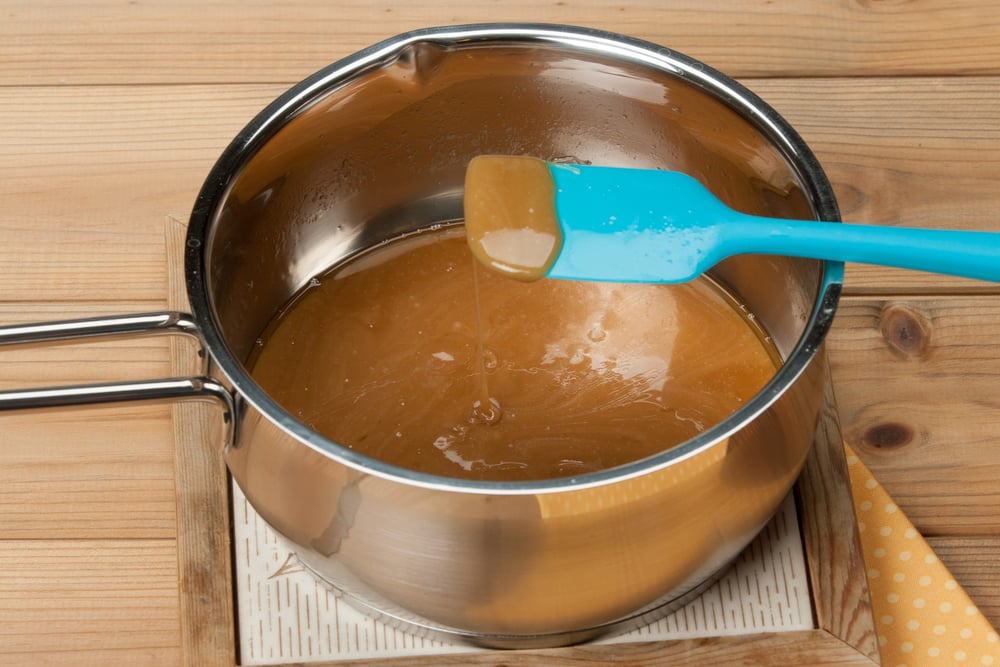