Lobster is one of the most desired delicacies that the sea has to offer, and that’s exactly why it’s considered such a fancy dish at most restaurants. There’s a lot to love about it, but unfortunately, not everyone is able to try these things. So, that’s why people have come up with great substitutes for lobster over the years. One of the best out of them is cod. If you’re wondering how it’s possible to make cod taste like lobster or how it’s even a good substitute at all when the two appear to be so different, read this guide. We’ll be covering everything there is to know regarding the matter.

For those that don’t already know, there are many recipes out there that make it possible for users to transform the taste of whitefish into that of lobster. One of the most commonly used fish for this purpose is cod, mainly because of its popularity and commonness. The recipe for this is usually referred to as Poor Man’s Lobster, and that’s exactly what we’ll be trying to teach users about today. But, don’t be alarmed by the name.

All those that have tried this out before know by now that Poor Man’s Lobster is no cheap substitute for the crustacean in terms of taste and quality. If prepared correctly, it’s almost impossible to tell the difference, excluding the appearance of course. So, to get started with this, the first thing you’ll need to do is getting your broiler preheated. After this, apply some cooking spray to it.

Form a mixture using all three of water, salt, and sugar inside of a stockpot. Now bring this to a boil and take the pot off of heat a few minutes after. Place the fillets of cod inside of the water and then cover them with a lid. Once 5-10 minutes have passed, take the fillets out and just dry them off before dipping them in melted butter.

Once this step is taken care of, you can start placing each of them on the broiler pan. You can drop any remaining melted butter on top of the fillets, and add spices such as paprika too. Let it cook until the fillets develop a goldish color. Then, it’ll be ready to serve on its own or with any side of your choice. That’ll be all it takes to get cod that tastes, feels, and even has a texture like that of lobster. Follow those steps exactly as they’re given and you’ll be done making Poor Man’s Lobster in no time.

Now that you’ve read our guide and have reached the end, we recommend gathering all ingredients mentioned in the steps above and using them to get started with the process. It’s an easy recipe to follow and not easy to mess up either, meaning you should be able to make your cod taste like lobster as easy as you’d like. 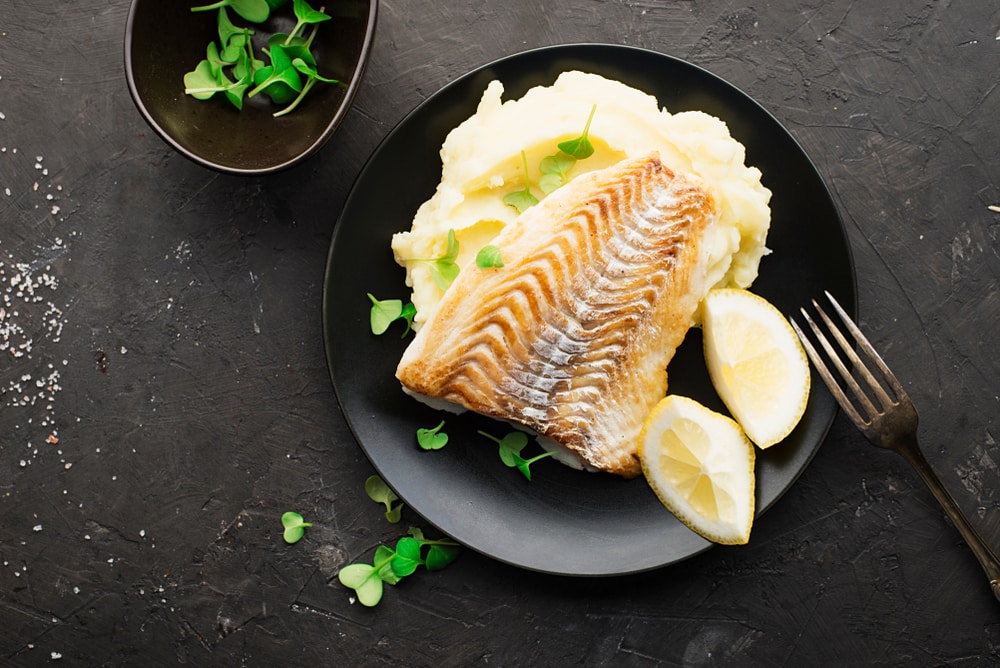