HomeRusso is a brand that not absolutely everyone might be familiar with, and that’s completely understandable. The company only came into being very recently, especially compared to the other more popular brands. It was formed in 2020 and has been rising in popularity ever since. That’s because they offer some great products which are quite trustable, especially their wall oven systems which are often loaded with so many different settings and features. Today, we’ll be discussing these ovens, and specifically one thing related to them.

This refers to the HomeRusso oven problems which are most commonly faced by all users of these appliances. The issues we’re going to discuss aren’t necessarily something that every single user of these ovens will have to face. However, they’re still pretty common and worth learning about, since owners will be able to solve them whenever they occur if they know the reasons and solutions behind each of them. With that said, continue reading to jump straight to the point and learn more about all of these commonly faced problems and how they can all be solved in the easiest of ways.

Users might encounter a few different problems with this specific part of their HomeRusso oven, such as the igniter breaking or becoming faulty. To check when this has happened, use the appropriate screwdriver in order to detach the storage drawer or the broiler, as it will be located right behind these. Now remove the igniter itself to inspect it. If it does appear to be damaged or burned too much, it’ll have to be replaced as soon as possible for optimal functioning.

Doors are more important than they’re given credit for. Without them working properly, there’s no way an oven of most kinds would be able to function properly. They keep usage of the appliance secure, protecting users and the food inside alike from any internal or external harm respectfully. All of this makes it understandable why issues with the door can be quite unpleasant.

To get straight to the point in this specific scenario, the problems with doors not shutting or closing properly in your HomeRusso oven really just has to do with the door lock switch. This keeps it in place and prevents it from staying open or staying closed when there’s no need. Replacing it if there are any present issues with it should be more than enough to fix the problem that users have at hand.

Sometimes, the oven’s temperature might be incorrect. This is something that’s very troublesome in general, but it can be especially costly when it comes to wall ovens like the ones that HomeRusso offers. That’s because food being broiled, baked, cooked, or just prepared in general inside of ovens have specific temperatures which they need to be prepared at. If these temperatures ever get higher or lower beyond that specific point, the entire dish can be ruined almost instantly. In short, this is something that needs to be fixed immediately.

There are a few different reasons why one’s HomeRusso might be working at incorrect temperatures opposed to the ones which were set for the ongoing process. The first thing we recommend before getting into advanced troubleshooting is that owners of the appliance ensure they didn’t set the wrong temperature before starting. If they didn’t but this is still happening, we recommend trying out calibrating the oven. There are different ways to do this depending on the specific HomeRusso oven one owns. A step-by-step guide should be available on the user manual you received along with the product. 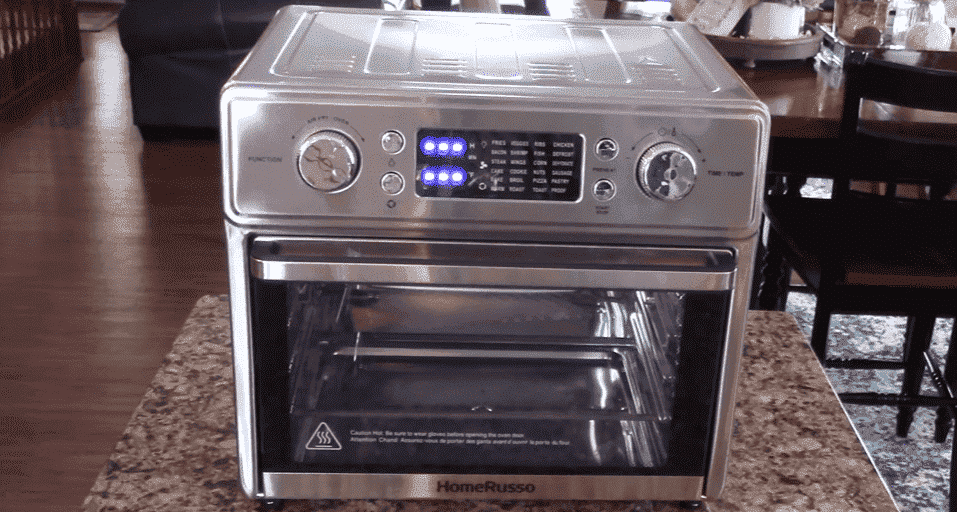