The name of Hawaiian sea salt describes its style and land from which it is obtained. Hawaiian sea salt is harvested in Hawaii by evaporating seawater. Historically, the salt was red, though white and black varieties can be found nowadays.

Hawaiian red sea salt includes Haleakala Ruby and Molokai Red which are made by combining sea salt and alaea clay. It is made by mixing activated charcoal sea salt to attain the color and detoxifying properties of salt. Hawaiian sea salt has a richer flavor and more nutrients in its original form.

Health practitioners believed that Hawaiian sea salt contains natural traces of minerals that are useful to balance electrolytes. Sea salt is recommended by health professionals for seasoning because of its healthy characteristics.  Magnesium and potassium help to maintain your body in balance and these are naturally present in sea salts.

Red Hawaiian sea salt is composed of 80 naturally occurring minerals that are useful for regulating blood pressure and healthy bones. Health benefits associated with Hawaiian sea salt make it attractive to use.

This salt has lower sodium content which is the cause of many problems like heart disease, diabetes, stroke, and chronic kidney problems. Therefore, while looking for a Hawaiian sea salt substitute it will be a useful tip to choose only that alternative that has an almost similar amount of sodium content in it.

If you do not have Hawaiian sea salt, then you can use one of the following substitutes described below.

It is used to replace the black lava variety of Hawaiian sea salt. The Black Hawaiian sea salt is made by mixing sea salt with charcoal. Similarly, Kala Namak also contains charcoal along with other minerals such as sodium and other spices.

However, one thing you need to be cautious about is that Kala Namak has a stronger flavor than Hawaiian sea salt, so one spoon of Hawaiian sea salt should be replaced with half spoon of Kala Namak. You can increase this quantity according to your taste.

Kosher salt can be used to substitute sea salts due to its large crystal-like shape. The crystals of Kosher sea salt are bigger than regular table salt, so it is a good substitute.

There are various Hawaiian sea salt substitutes available for replacing Hawaiian in recipes and most of them give the same crunch and minerals contents. Therefore, we can use any of the above options as an alternative for Hawaiian sea salt.

The important thing to put our focus on is the quantity which will be different for different kinds of substitutes for Hawaiian sea salt. 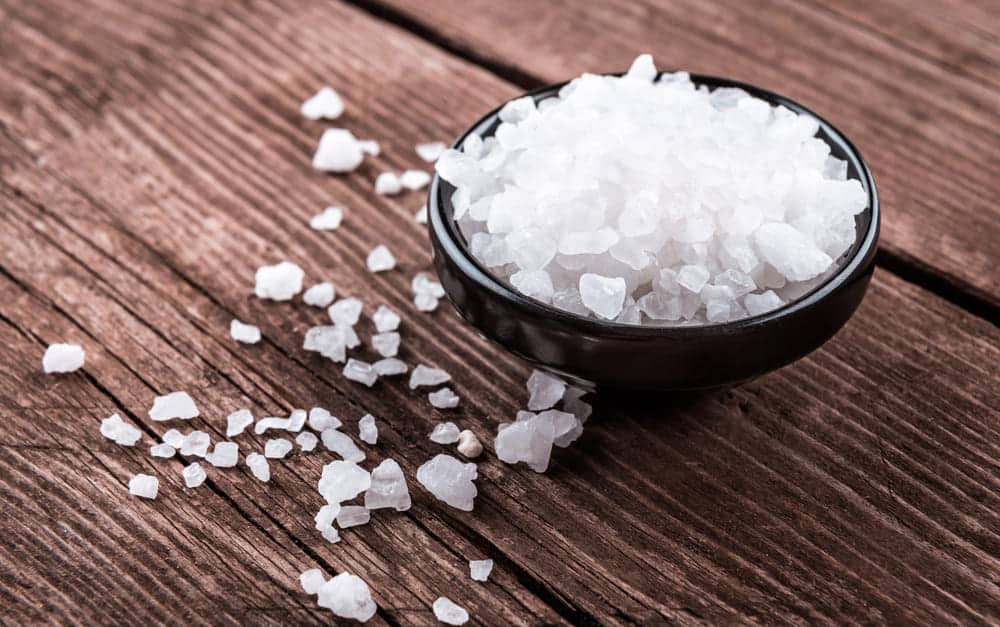