One of the best delights the man ever came up with is cheese. It is full of nutrition with some health concerns like high-fat content. The varieties of cheese are unlimited, and it gets hard to choose the best one according to a specific recipe.

Different countries specialize in different cheeses. Some cheese can get its exclusive name only when it is made at a certain place. Two of the most common cheeses, Gruyere from Switzerland and Gouda from the Netherlands are loved by many foodies. So, we decided to end the debate of the gruyere vs gouda battle.

Gouda takes at least 1 month to age to fall under the “young gouda” criterion. It ages from a year to nearly five years even. Mostly gouda takes some time to reach a proper level and thus, it has a low lactose content.

Gruyere cheese cures for at least six months or longer. A young Gruyere is soft and has a nutty flavor. However, it hardens so much with aging and gets cracks.

Gouda has a pale ivory color. Some varieties also have a yellow-orange color.

Gruyere comes in a pale-yellow color.

Gouda utilizes the milk from high-fat cows from the Netherlands. Although many varieties of Gouda are available worldwide, the Netherlands one is the best and original.

Gruyere is made from whole cow’s milk found in Switzerland.

Young gouda has a mild and creamy flavor. However, the taste changes with age. It becomes stronger with a heavy nutty, sweet, and caramel kick.

The taste of Gouda and Gruyere is also similar. Gruyere has a creamy and nutty flavor that enriches the entire dish. The thing about Gruyere is that it never overpowers a dish as it is mild in taste.

At a younger age, Gouda is soft to semi-hard. With aging, the cheese becomes harder and a little denser. It also gets a crunchier bite with time. This crunchy texture is because of calcium lactate crystals because of reduced moisture.

Gruyere, on the other hand, has a firmer texture. It contains additional holes d=owing to the gas bubbles produced by bacteria.

The uses of Gouda prove it to be a versatile semi-hard cheese and has a 50% consumption rate worldwide. Its mild flavor makes it the cheese of choice. Furthermore, the popularity is also because of its amazing melting properties. Thus, making it ideal for pizzas, cheeseburgers, macaroni, and burritos. The sweet and nutty flavor adds to the whole dish.

Young gouda is a good melting cheese and a harder one is great for grating. Gouda is a table cheese as well. You can add it to desserts too to enjoy its mild flavor.

An equally versatile competitive, Gruyere is popular for its French onion soup addition. A toast at the top of a soup with melted Gruyere gives off a beautiful complex of flavors. Gruyere is also known as a table cheese. You can eat it in slices, sandwiches, etc. A French dish, croque monsieur utilizes Gruyere. In Switzerland, it is most commonly added in fondues, especially the fondue Suisse. You could grate an aged Gruyere over pasta and salads. The cheese goes well with chicken and veal too.

Just like Gouda, Gruyere is a top-melting cheese. You will not find any cheese which would turn as gooey as Gruyere. This happens due to its making process. The cheese curdles and separates. It is then squeezed, and excess moisture is removed.

For both these kinds of cheese, one thing must be kept in mind, i.e., the younger the cheese, the better it melts.

Gouda has a wax rind that changes with age. The color varies and may be yellow, orange, or red.

Gruyere rind is edible. However, its flavor is not favorable. You can utilize it in the best way by grating or melting it.

We hope your confusion about the two kinds of cheese settled down today. There are similar in some ways and different in others. Both are famous owing to their taste, texture, and versatility. You should try out gouda and gruyere in various dishes according to the need. It is all about playing with these types to find the right taste profile for yourself. 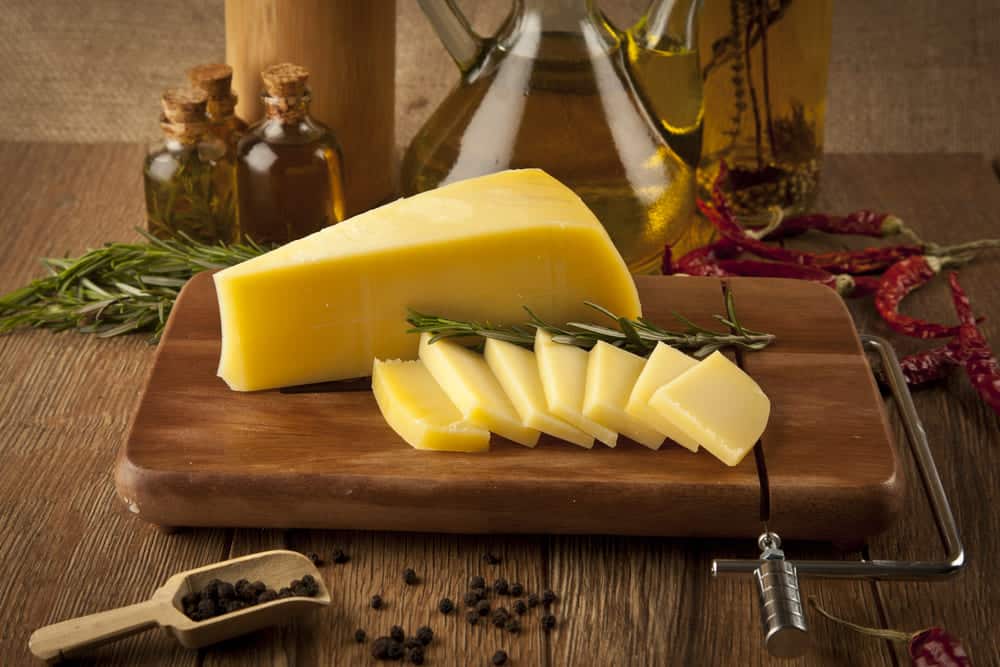