Neither chickens nor ducks are animals that need any kind of introduction, as they’re easily some of the most popular ones around. They’re especially popular in the cooking world, as they’re two of the most common sources of meat as well.

Both of them are used for a wide range of different foods, and are very delicious when prepared in the correct manner. That said, one very important thing to keep in mind is that this delicious flavour of theirs is completely different from one another.

Many people believe both duck and chicken are somewhat similar to each other in taste and overall texture, but these are usually the people who haven’t eaten one or the other. All those who’ve tried both duck meat and chicken meat know that they’re completely different from one another in many ways.

If you’re looking to learn more about these differences between the two popular forms of meat, here’s everything you need to know in the form of our detailed comparison, which is given below.

One important thing to compare before getting down to the taste of both these meats is their texture. Most people are already familiar with the fact that texture plays a big role in the overall flavour of things.

An example of this would be thicker forms of meat, which are usually much more flavourful and better smelling when prepared correctly. That’s because the thickness of said meats makes it much more difficult for said flavour and smell to escape. With all of this kept in mind, let’s start comparing the texture of these two.

First up is the chicken. Regardless of the way that it is prepared, chicken usually has the same, soft and tender texture which is very easy for anyone to munch down on. It is usually somewhere directly in between soft as well as rubbery, and hard as well as stringy, but never strongly on either of the sides.

Ducks on the other hand, have a much different texture which makes all the difference in this department. The skin of duck is a lot thicker as compared to chicken. While this texture can vary a lot depending on the way it’s prepared, the most popular method is to crisp the skin.

Duck meat also has a lot more fat compared to chicken, meaning that it features a fattier texture and taste. This means that there is also a lot more protein in this meat as compared to that of a chicken’s.

To finally get down to the flavour of both these different meats, we start with chicken once again. This is a taste that everyone is familiar with, but just for the sake of it, it can best be defined as tender and fibrous.

While most types of food taste different depending on what they’re seasoned with and how they’re prepared, this is especially the case for chicken since it has a very plain taste unless seasoned properly. So to answer the question in a simple way, the taste of the chicken completely varies depending on the way it is prepared and seasoned, but it is usually tender.

Ducks on the other hand are all dark meat which is very juicy and tender. They have a distinct taste of their own which is very strong, tender, and moist. As mentioned, there is a lot of fat in duck as well, which effects the taste in a great way. However, there can be a little too much fat at times, meaning that it is better to remove some of it.

Luckily this can be stored for use later and has a great taste of its own, much like duck meat. The flavour can be best compared to red meat due to its characteristics. In short, duck meat has a much stronger taste, and a much more unique one. On the other hand, chicken mainly relies on the seasoning put over it. 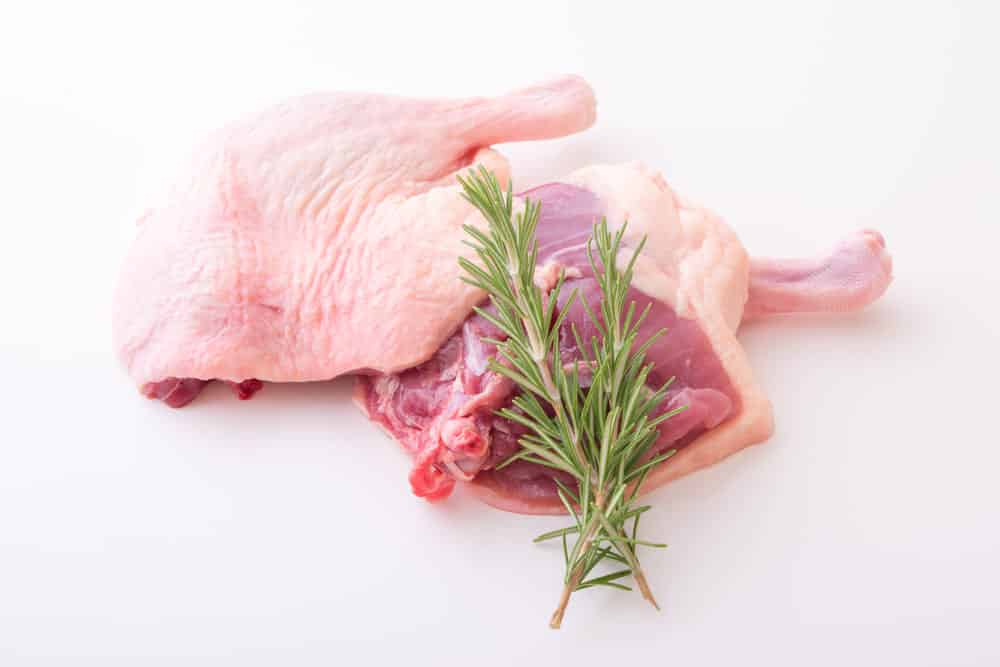