Whenever it comes down to cooking, adding the right herbs and spices will make a great difference. Similarly, if you are a fan of guacamole and salsa, cilantro would be the perfect ingredient and livens up the dish with its bright and green leaves.

Cilantro will add the citrus flavor to the dishes and is readily used in Latin American cuisine. On the contrary, there are ongoing comparisons about dried cilantro vs. fresh. So, have a look!

If you are used to making pasta and lasagna, you would know that basil and oregano make delicious herbs for flavor and aroma. Similarly, the dried cilantro has an equally versatile flavor. If we look at the herbs, keep in mind that the majority of herbs tend to retain the flavor even if they are dried. Even more, the drying process helps enhance the palatability of the herbs. However, this isn’t the case with cilantro.

Since there are differences in the aroma, people often wonder if they can use dried cilantro in place of fresh cilantro or the other way around. Subsequently, dried cilantro is great for people who don’t like cilantro (yes, you read that right). This is because the flavor of dried cilantro will be subtle and mild, but if you add it in sufficient amount, the taste will be identifiable. In simpler words, dried cilantro will omit the herb pretty much.

On the contrary, if a recipe must be cooked with cilantro, which means you need the fresh flavor. For this purpose, in case you need to use dried cilantro in the cooked dishes, you must add it in the early cooking process as it provides time for infusing mild flavor into the dish. Similarly, dried cilantro cannot be used in sandwiches or chimichurri sauce since these recipes demand fresh flavor infusion. With this being said, cilantro is usually used in fresh form since a dry one doesn’t have a sharp flavor.

While we are talking about the differences between dried and fresh cilantro, we cannot avoid the taste factor. To begin with, fresh cilantro is basically used in dishes that must leave behind the fresh flavor. In addition, cilantro doesn’t even dry up properly. Similarly, fresh cilantro is widely used in Yemeni zhug, chermoula, or is scattered on salsa, or Indian dishes. In addition, the cilantro plant seeds are used to make coriander spice, which is often used as a substitute for dry cilantro.

As far as the taste is concerned, fresh cilantro has a lemon-like, pungent, and peppery taste but it tastes soapy as well to some people. In contrast, when cilantro is dried, it can lose a huge fraction of taste and flavor. All in all, the differences are clear and you can decide which form you want! 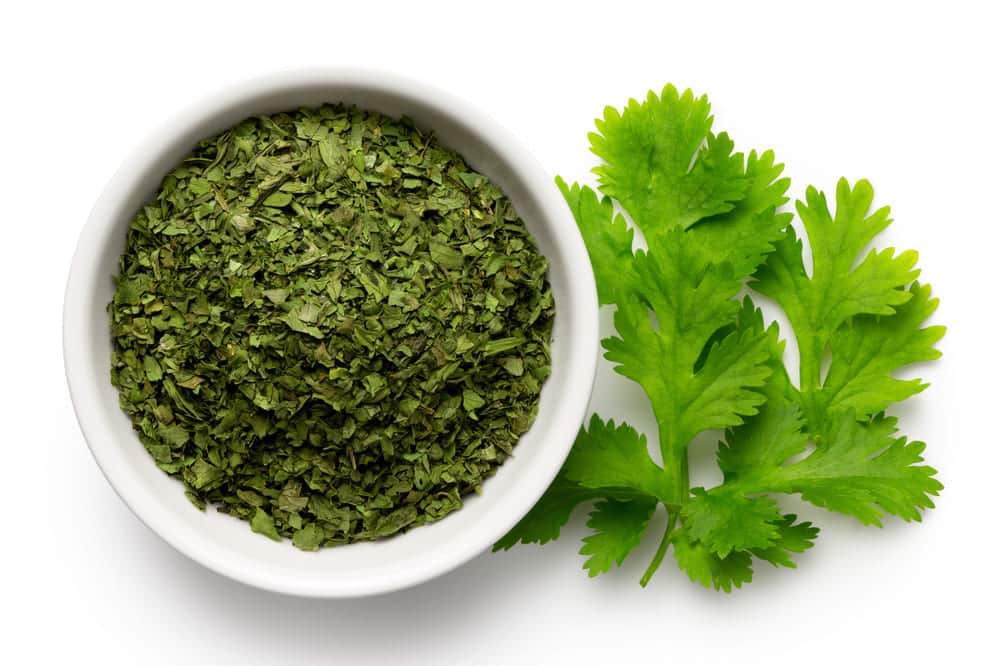