Alcohol has been around for centuries. It’s true that it was only used for drinking purposes, but it has made its way into cooking and recipe because of the amazing flavor that it adds to the recipe. So, when alcohol is now used in cooking, many people ask if alcohol goes bad when it’s exposed to heat. If you have had the same confusion, we are here to provide the answers!

Does Alcohol Go Bad In Heat?

To be honest, there is not a yes and no answer to this question. This is because if some options have a higher alcohol content, it will have an extensive shelf life, and it will manage through extreme temperature, be it low temperature or high temperature. However, different temperatures can directly influence the flavor. That being said, it’s important to consider which type of alcohol you are talking about to ensure if it can be heated or not. So, let’s check out those details!

To begin with, vodka doesn’t have a graceful aging process because it stays the same for years as compared to wine. Vodka will have a shelf life of eight months and will eventually start tasting flat because the alcohol just starts evaporating out. As far as the heating is concerned, vodka has a boiling point of 173-degrees Fahrenheit, which means it can be heated a bit and can be stored in hot areas as well (finding a place with room temperature is still preferred). As far as the wine is concerned, it’s a common ingredient in various recipes, which means it can be exposed to heat. However, the experts suggest that you add alcohol to food when it’s near the completion stage, so it doesn’t go bad.

On the other hand, when we talk about distilled spirits, including gin, whiskey, tequila, and rum, you need to store them at room temperature. Some people say that temperature ranging from 55-degrees Fahrenheit to 60-degrees Fahrenheit is fine, but a cooler place will always enhance the shelf life. This is because, with the increase in temperature, the alcohol will expand and evaporate quicker, resulting in a bland and flat flavor.

When it comes down to heat, it’s important to talk about the sun as well. This is because the sun can impart a considerable amount of heat. For this reason, it is important to keep alcohol away from direct sunlight. Sure, the UV rays of the sun won’t spoil it, but extended exposure to the sun’s heat will have the same effects as storing alcohol at high temperatures. In fact, various researches have shown that bourbon loses 40% of its aroma and color in ten days when it’s placed under direct sunlight.

To summarize, alcohol doesn’t really go bad in the heat, but it can lose its flavor and color. In case you have to use alcohol in a cooking recipe, make sure that you add it at the last phase of cooking so the minimal alcohol evaporates and the flavor is retained. 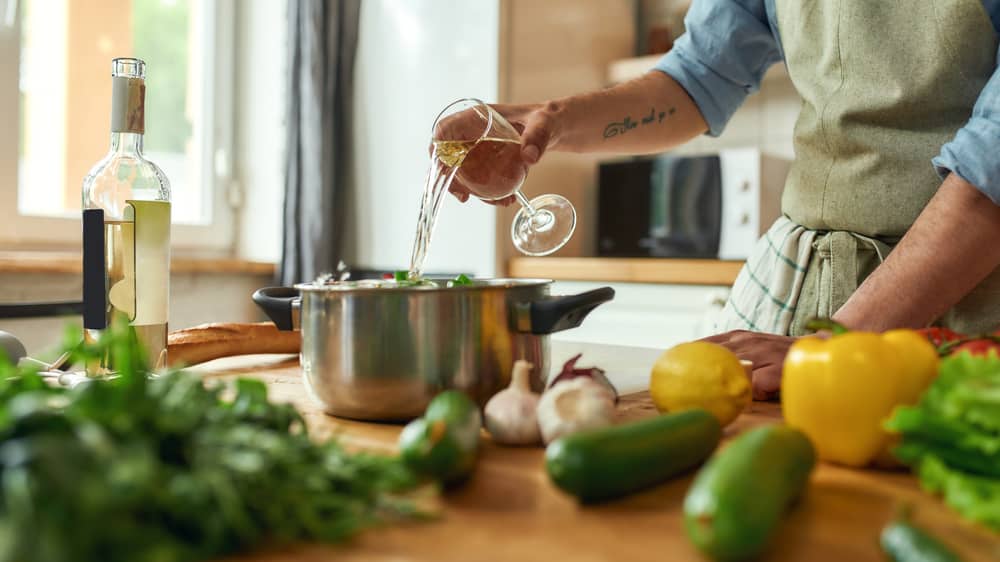