Be it on cheese boards or sandwiches, stuffing or pasta salad, pepperoni is an essential part of our daily lives. We all think that there is only one type of pepperoni, but the deli is one of the most delicious pepperonis out there. However, if you don’t know, we are talking about deli pepperoni vs. pepperoni. So, let’s dive deeper into the details!

To begin with, pepperoni is simply an American version of salami which is made from cured beef and pork. The meat is seasoned with different chilli peppers as well as paprika. It has a soft and slightly smoky texture and flavour. Pepperoni has a bright red colour, which can add colours to any dish. Generally, the thin slices of pepperoni are used as pizza toppings in American pizza parlours.

This is basically a creation of Italian-American experts and is known to be a cured dry sausage. Pepperoni has the hints of southern Italian salamis. For the most part, pepperoni has a fine grain which makes it software, and it’s made with artificial casing. Pepperoni is made in large amount because the demand keeps increasing. It can be entirely made from pork.

However, it can be made with a combination of beef and pork as well. Some people also turkey meat to make pepperoni. In some cases, the meat is cured with nitrites which add to the reddish appearance. For the most part, pepperoni is used as a pizza topping, and the edges can curl up when it’s heated. We have talked about the thin slices, but there are thicker slices available.

It can be used as a filling for pepperoni rolls and can be deep-fried to make pub food. Generally, pepperoni is preserved by curing, drying, and fermentation (it’s never cooked). In case you are wondering about the safety, pepperoni is dry-cured and undergoes fermentation to kill bacteria which means it can be eaten as it is (if it’s fresh).

There are different versions of pepperoni, such as spicy hot, smoky, and crumbled. There are small pepperonis available which are known as cup and char pepperoni. The small pepperonis are used in different parts of the Midwest, but it has become an important part of New York City. It is made by rendering fats and adds a rich flavour to pepperoni.

Deli pepperoni is the traditional and dried sausage that is made with coarse beef and pork. It is generally seasoned with paprika, garlic, and various other spices for delivering the hearty flavour. It can be added to pizzas, but you can also mix them in other pasta recipes. For the most part, deli pepperoni is perfect as appetizers.

That being said, if deli pepperoni is properly cooked, it can be consumed by pregnant women as bacteria is killed through heat. To illustrate, it’s best to heat deli meat up to 75-degrees Celsius or 165-degrees Fahrenheit (yes, we are talking about steaming hot temperature). Even if you are ordering deli pepperoni at restaurants, do ask them to heat or steam the pepperonis.

On the other hand, if you want to cook deli pepperoni, you can use different cooking methods, such as microwaving, toasting, oven-baking, boiling, grilling, and broiling. However, suppose you heat the deli pepperonis. In that case, it must be eaten immediately, and you must not cool it down for a long time. sIf you have to store deli pepperonis, you need to wrap it in plastic foil and put it in the refrigerator.

As far as the uses of deli pepperonis are concerned, you can add them to hot soups and stews. In addition, it can be added on the top of pizzas, and it goes perfectly on salami sticks. Some people also add it to panini, grilled or toasted sandwich, and toasts. Last but not least, it can be grilled, fried, or steamed to make crispy appetizers. 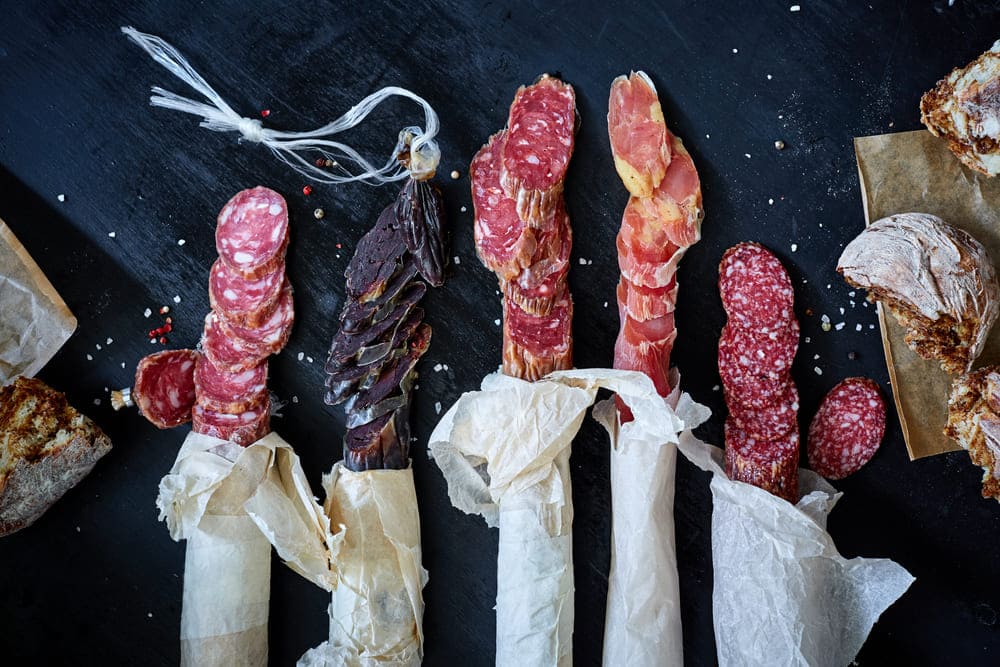