With the introduction of air fryers, users are now allowed to cook their favorite fried foods with plenty more efficiency. This small piece of equipment has a single drawer which can be used to cook your food. On the other hand, DASH is a reliable brand that offers such products to its customers.

There have been many claims made by different users that they have faced certain problems while using DASH air fryers. On asking such users about the problem, we found out that there are some specific problems that seem to occur while using air fryers from the brand.

Today, we will be helping all the users that have found themselves in trouble. We will be mentioning the most common problems that one might run into while using a DASH air fryer. All of these problems can be found mentioned below:

Quite a common problem among users is that they get soggy or dry food while trying to cook their food in the air fryer. The reason why this happens is that people tend to misunderstand how they are supposed to use an air fryer in the first place.

Sure, air fryers are a healthier way of cooking your food and may require less oil most of the time. However, they still need oil in order for the food to be cooked properly. The mistake that these users make is they add little to no oil to their food. This makes the food get baked instead. As a result, the food may end up tasting dry and soggy. Ideally, you would want to have a thin layer of oil on your food.

Another alarming problem that plenty of users face is that they notice some kind of smoke coming out of the air fryer. As a result, most of them start panicking. Whenever you see smoke while cooking in an air fryer, start by completely turning off your air fryer (unplug the power as well).

Also, determine the color of the smoke. There could be three different colors of the smoke which should also tell you the cause. The white smoke mostly means that you may have put too much oil in the air fryer, or the food may be too moist or fatty. Black smoke refers to your food burning as the oil inside has started to burn due to high temperature. Lastly, blue smoke points to a burning component.

In either case, thoroughly inspect the air fryer before doing anything else. If you smell something burning, ensure that you get the air fryer checked by a professional.

Finally, we have another famous problem that all air fryers seem to face. As an air fryer is basically an electrical component, it requires power in order to run properly. However, some users seem to be unable to start the air fryer as it refuses to turn on.

After you have made sure to thoroughly check the power source of the air fryer and have determined that there is nothing wrong with them, then it could be a technical problem. It is highly likely that any of the components inside the air fryer has been damaged, or the unit itself is faulty. In this case, there really isn’t anything you can do except for getting it checked. You can also try contacting support and sending them the unit.

Facing annoying problems while using a DASH air fryer? This article has all the common problems that one may have experienced. Giving it a read should help in allowing you to be able to troubleshoot the problems effectively. 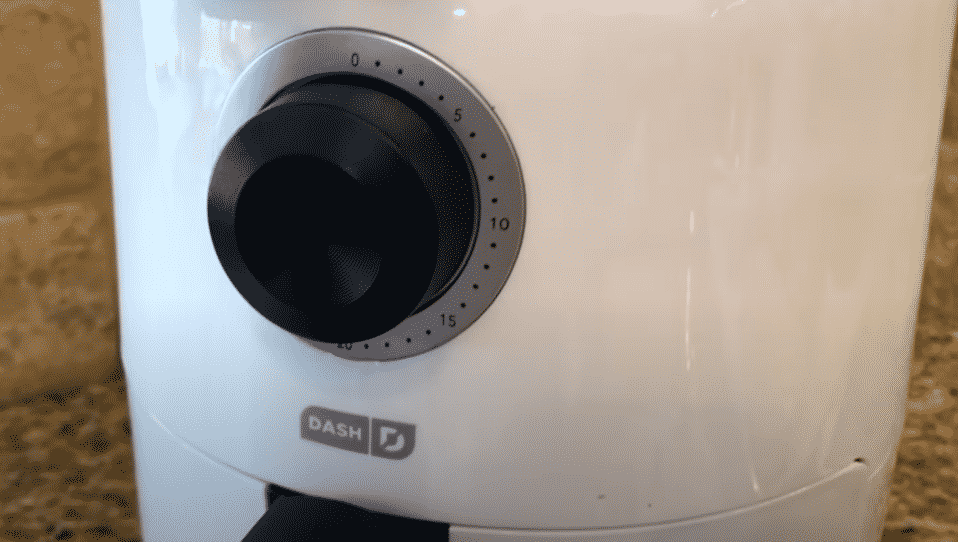