Rice is one of the most significant staple foods in the world, feeding almost half of the world’s population. Rice is incredibly popular in Asia, and it is now becoming trendy in Africa and Latin American. Rice fulfills your stomach, and it supplies a large portion of energy to you because of the presence of healthy nutrients. The best thing about rice is it can easily be cooked and is appetizing. If you live at higher altitudes or plan to go there for tourism, you might have to face the problem of cooking rice at higher altitudes. So, let’s see what you can do about it.

The heat should be well adjusted. Initially, increase the heat for the boiling of water and cooking rice. Ensure the pot is covered. When some of the water has evaporated, decrease the heat, and let the rest of it evaporate slowly. If we keep on cooking at intense heat, the rice will not get enough heat from the hot steam. So, it is pivotal to cook the rice at two stages, one for cooking the rice and the other is steaming the rice at lesser heat. It then makes it fluffy and fully cooked.

Many people are facing the problem of cooking rice at higher altitudes. The rice may end up being watery or undercooked. To counter that, you need to add more water into the pot to transfer its heat energy to the rice. Heat adjustment is needed depending upon the environment in which you are cooking. If you are cooking for the first time, you might not be successful as there is no set formula for water quantity and heat intensity. With time, you will get better at it. If you are still facing the problem, use a pressure cooker. 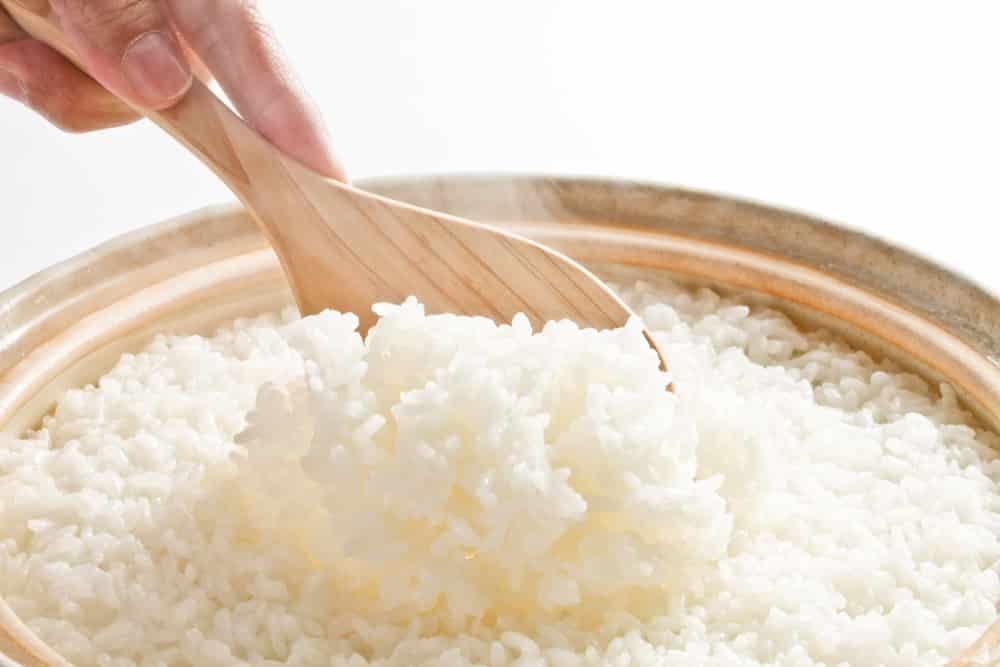