Cast iron skillet with ridges is the perfect substitute for your outdoor grilling. Those who do not have a place to grill outside or the weather are harsh enough to grill outside. Then a cast-iron skillet is a perfect solution for them. These small pans are so useful that they can allow you to grill like outdoor in your kitchen.

What Are Cast Iron Skillet With Ridges Good For?

If you want your cast iron skillet for other purposes, you can use them from making steak. You can also make sausages and chop on the same cast-iron skillet. They are good for making everything on them, which is related to grilling or making steaks.

Tips To Use Cast Iron Skillet

Those who have experienced cooking do not need to ask for a tip while using a cast-iron skillet. But, there exist some people who know nothing or negligible things about the kitchen. So, for such people, some of the tips will help you use your cast iron skillet perfectly.

It is one of the essential things to do before using a cast-iron skillet. It is one of those things that you rarely use in your kitchen, and if you’re using it after a long time, then there may be dust on it. If you are not going to clean it, it may ruin your dish to some extent, so wash it before using it.

Indoor grilling is way more different than the outdoor grilling. You do not have a powerful flame that can help you cook an entire lamb on it. So, while using a cast iron skillet with ridges, make sure to cut your food in slices for better taste and texture.

Keep The Food At Distance

Most of the time, we put a lot of food in our cast iron pan, resulting in sticking of your food to each other. So, for better results, keep your food at a half-inch distance from each other. It will help you to grill your food in a better way. So, follow the steps and enjoy your food. 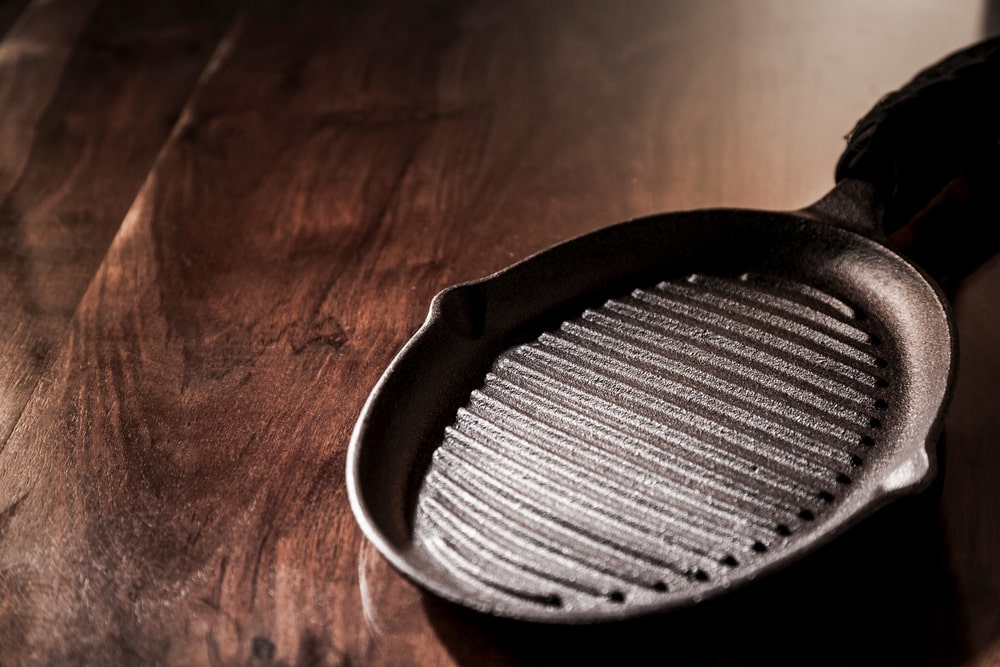