Spinach is a leafy green vegetable that belongs to the amaranth family. It contains a lot of nutrients and antioxidants. You can use spinach in either cooked or raw form. You can consume spinach on its own or in combination with other dishes. This vegetable is useful because of its ability to reduce blood pressure and aids to prevent cancer. The use of Spinach is good for eye health.

Kale is a cruciferous vegetable and is a member of the cabbage family. Kale is a nutrient-dense food containing various nutritious elements such as potassium, magnesium, calcium copper, Vitamin A, K, C & B6. It is low in calorie content. The use of Kale in food increases the nutrient content of the diet.

Sometimes you can encounter a situation while cooking your recipe calls for Spinach, but all you have is Kale. What to do in such a situation? You might face a question: Can I substitute Kale for Spinach? Here is the solution to your query. We will compare the features of both vegetables so that you will know that they can be substituted or not.

Can I Substitute Kale For Spinach?

Both Kale and Spinach are powerhouses of nutrition and can be used interchangeably. You can use Kale for Spinach in recipes with slight adjustments. There are many health benefits of both: Kale and Spinach. Both are rich in vitamin K that is useful for blood clotting and bone formation.

Another important vitamin present in both is vitamin C that is responsible for the functioning of the immune system and helps in disease prevention. So, the substitution of either in dishes will not hurt the nutritional strength.

Spinach is softer in texture in comparison to Kale. So, it will be better to use Spinach in salads rather than Kale. Both are leafy green vegetables with different textures.

Kale has a coarse and thicker structure, due to which it takes a long cooking time. Similarly, Kale requires a longer time to wilt in comparison to Spinach. The soft structure of Spinach needs less time to wilt.

Both vegetables will reduce their volume equally once wilted. Kale can take on flavors of other ingredients/vegetables with whom it is cooked in contrast to Spinach that retains its original flavor. Therefore, it will be beneficial to use Kale if you do not want to highlight its flavor in the recipe. The cooked form of Kale has a leafier texture than Spinach.

Kale can be substituted in place of Spinach in casseroles as the baking results in softening the structure of green leaves. For use of Kale instead of Spinach in casseroles, you should cut the Kale into smaller pieces or narrow strips. The purpose behind the narrow cutting of Kale is to cook it evenly and completely. The same amount of Kale should be substituted for Spinach.

You can substitute Kale for Spinach in soups as well. The use of Kale in soup is beneficial due to the capability of Kale to take on the flavor of other things with which it is cooked. Kale will take on the flavor of broth in soups. Therefore it will not affect the soup flavor much. However, Kale in soups will take a relatively long time to soften than Spinach. So, you should add it at the start of cooking instead of adding it at the end as you do with Spinach. You can use the same quantity of Kale in soups as you would use for Spinach. It will be better to wilt the kale in a pan before adding it to the soup.

Spinach is usually consumed in whole leaves in salads, but Kale should be used in salads by cutting it into smaller pieces. You can sprinkle salt and olive oil on your salads made by using Kale. You can add other ingredients in Kale salad which you normally use for Spinach salad.

The difference between the textures of Kale and Spinach is significant. Therefore, substituting Kale for Spinach is not an impressive option for salads. Another option you can use is to use Kale as a complement to Spinach salad.

You can compare different features of Kale and Spinach for using them as a substitute. Both vegetables are rich in nutrients and low in calorie content. Hence, the use of either one will give you impressive health benefits. 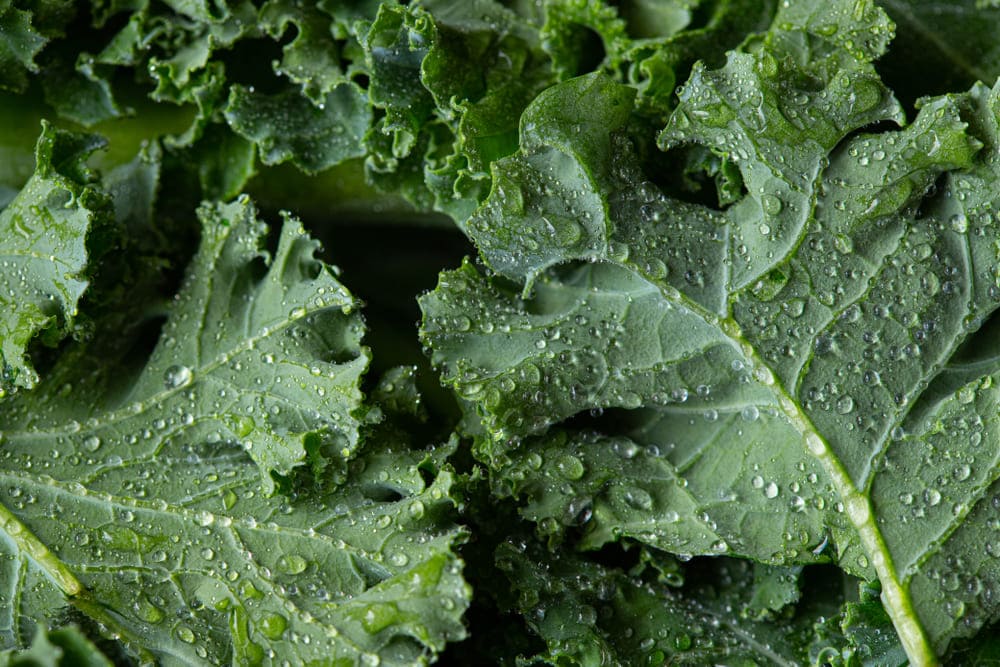