Corn Chowder is a chowder soup that has a lot of veggies, chicken, or other ingredients that are there to enhance the taste, but it would definitely have corn as the primary ingredient. Corn chowder is usually made with onion, celery, milk, cream, fish and seafood and the ingredients you are going to choose will mainly depend on the recipe you are following and what sort of taste you would like to have on your corn chowder.

With all that being said, you just need to ensure preparing it to the best to achieve the right taste on your corn chowder.

Yet, you might want to preserve your corn chowder by freezing it, but there are certain things that you will need to know about it.

Can Corn Chowder Be Frozen?

To start with the freezing process, you will need to get an airtight jar that will keep your corn chowder intact from getting infected with any sort of bacteria. After that, you just have to ensure that you put in the corn chowder in the jar and let it freeze under sub-zero temperatures. It is that simple and you won’t have to face any troubles with the whole process. Just make sure that you shouldn’t be trying to put hot corn chowder in the freezer and let it sit at room temperature for a while until it cools down.

How long will it last?

If frozen properly the corn chowder is good to last for 2-3 months. You just need to make sure that the container you are using is airtight and not only that, but you will also need to keep the temperature optimal at all times and it should not rise above zero under any conditions otherwise the fluctuation between the temperature can cause you to have several different problems that you wouldn’t want to have.

How to use it?

After you take the corn chowder out of the freezer, you will need to put it out at room temperature for a while until it gets to normal temperatures. Then, you can heat it up on the stove to make it fine for consumption and that will certainly be enhancing the overall experience for you. It should be just the perfect thing for you to enjoy the corn chowder that has been frozen without having to worry about a thing. Just make sure to stir it well after you put it on the stove to not have to face any such problems with the dairy ingredients in the corn chowder getting bad. 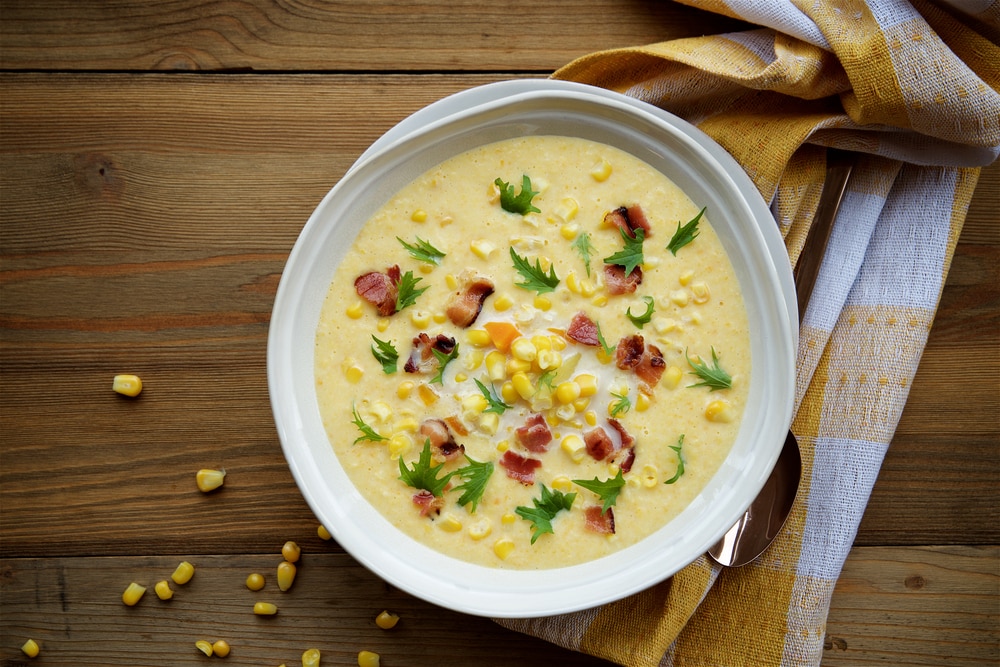