Caciotta cheese is one of the creamiest cheese varieties out there and has a semi-soft texture. This cheese variety is native to central Italy and is made with a combination of cow, goat, ewe, and buffalo milk. It is basically a beginner cheese and is also steamed. It’s one of the most common cheeses used in Italian cuisine and can be consumed fresh. In addition, it can be added to the recipes. However, since it’s an Italian cheese, it’s hard to find in other parts of the world, which is why we are listing down some alternatives!

This is a veined and blue cheese that’s made from unskimmed cow milk. There are two varieties of this cheese, including dolce and piccante. The dolce is a sweet cheese while piccante has a sharper flavor and is also known as Montagna and Naturale cheese. For the most part, it can be melted into risotto but only in the final cooking stages. In addition to risotto, gorgonzola cheese is also suitable for rigatoni or penne pasta.

Commonly known as parmesan cheese, this is one of the most delicious cheese varieties. It is produced in Reggio Emilia, Parma, Mantua, Bologna, and Modena. This cheese variety has gained popularity for its flaky texture. In addition, it has a rich flavor, which is why it’s called the king of cheeses. As far as the flavor is concerned, this cheese has a very versatile flavor, which includes rich, complex, bold, fruit, nutty, and sharp flavor notes. In addition, it has umami flavor notes as well, along with a gritty texture.

Pecorino cheese is actually a family of cheeses and all of them are made from sheep milk. Pecorino romano is the most popular one and has a hard texture. In addition, it has a salty flavor, which is why it can be added to salads, pastas, and soups. As compared to parmesan cheese, it has a sharper flavor. On the other hand, if you are looking for table cheese, you can opt for pecorino sardo and pecorino toscano.

This is one of the richest-flavored cheeses out there and is known for its creamy texture. It’s widely used in the preparation of tiramisu. The cream cheese has a milky-white appearance, which makes it extremely easy to spread. In addition to tiramisu, it can be added to cheesecake and makes a great substitute for Caciotta cheese. It adds flavor to the risotto dishes and helps thicken the flavor.

For those who don’t know, this is a whey cheese that’s made from whey – the whey that’s left over from the preparation of other cheese. Having said that, ricotta cheese has a creamy white appearance and has slightly sweet flavor notes. You need to remember that ricotta cheese is perishable but you can opt for aged varieties as they last a longer period.

As the name suggests, it is named after Val Taleggio’s Alpine Valley. In particular, the valley is in Lombardy and that’s where this cheese is produced. Keep in mind that it’s a smelly cheese variety but the flavor is quite mild. In addition, there is a fruity tang in the cheese, which is why it can be added to salads and bruschetta. Also, the cheese can be melted on polenta and goes well in a risotto. 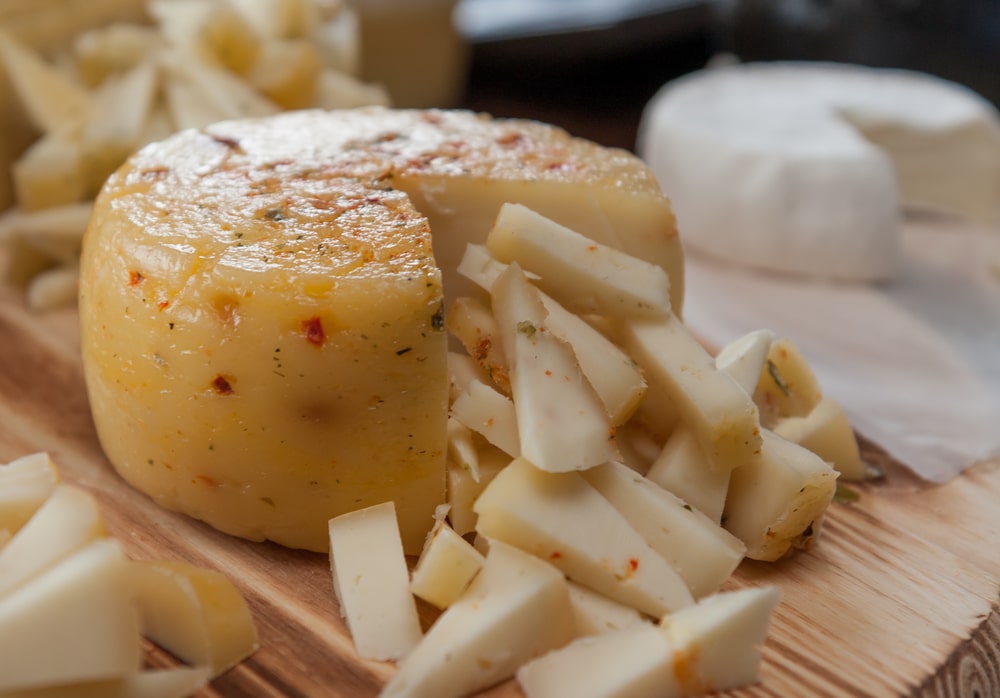