If you have ever studied culinary history, you would know that brick cheese is the Wisconsin-born cheese that has been used getting used since the 1800s. For the most part, brick cheese is considered to be the best cheese for pizzas. Truth be told, brick cheese cannot be found easily. For this reason, we are sharing the brick cheese substitutes to help you out!

Brick Cheese – What Is It?

As the name suggests, the cheese has a brick shape and originates from Wisconsin. The brick cheese has a mild and sweet flavor if it’s young. However, when brick cheese matures, it gains a strong flavor and might even taste like cheddar cheese (slightly). It has an easy-to-crumble texture and can be sticky when you cut it.

Cheddar is the most cheese in the US, and it’s pretty affordable. The cheddar cheese can be used in various recipes, which makes it a versatile cheese. The cheddar cheese with young age has a mild taste, and the taste intensifies as the cheese matures. It is used in cheeseburgers, desserts, and casseroles. In addition, it has similar fat content as brick cheese.

To begin with, this is the semisoft cheese which is originated from Denmark. Havarti cheese has a creamy texture, while the taste is slightly sweet and acidic. For the most part, it’s widely used in Danish cuisine, but it has become an important part of international cuisines. When Havarti cheese ages, the flavor becomes sharp, intense, and salty.

Usually, it’s used in cocktails, appetizers, desserts, and some people eat it raw as well. Above all, it’s a vegetarian-friendly cheese since it’s made from vegetarian rennet.

In the first place, this is the European cheese which is widely used in Germany. However, in the United States, this cheese is made in Monroe. Truth be told, it has the worst and intense smell, but the taste is pretty great. Limburger cheese has a yeast-like smell with a mild taste. However, the taste gets intensified with aging. It wouldn’t be wrong to say that it’s the overpowering cheese, so it will not compliment your recipes well. All in all, it’s perfect for snacking purposes.

This cheese tends to have a red or orange crust and is made from whole milk. Muenster cheese tends to have a bland taste but is still pretty edible. The cheese has a melting form which makes it a suitable substitute for brick cheese. Muenster cheese is suitable for grilled cheese sandwiches, but it’s equally great for hamburgers and pizzas. Above all, it’s a perfect cheese for your mac & cheese.

For the most part, tuma cheese is the soft and delicate cheese type which is often considered to be mozzarella cheese. Tuma cheese is suitable for pizzas and sandwiches. This cheese is made from processed milk of sheep. It melts perfectly even after having a firm texture. As far as the flavor is concerned, it has a stronger flavor. 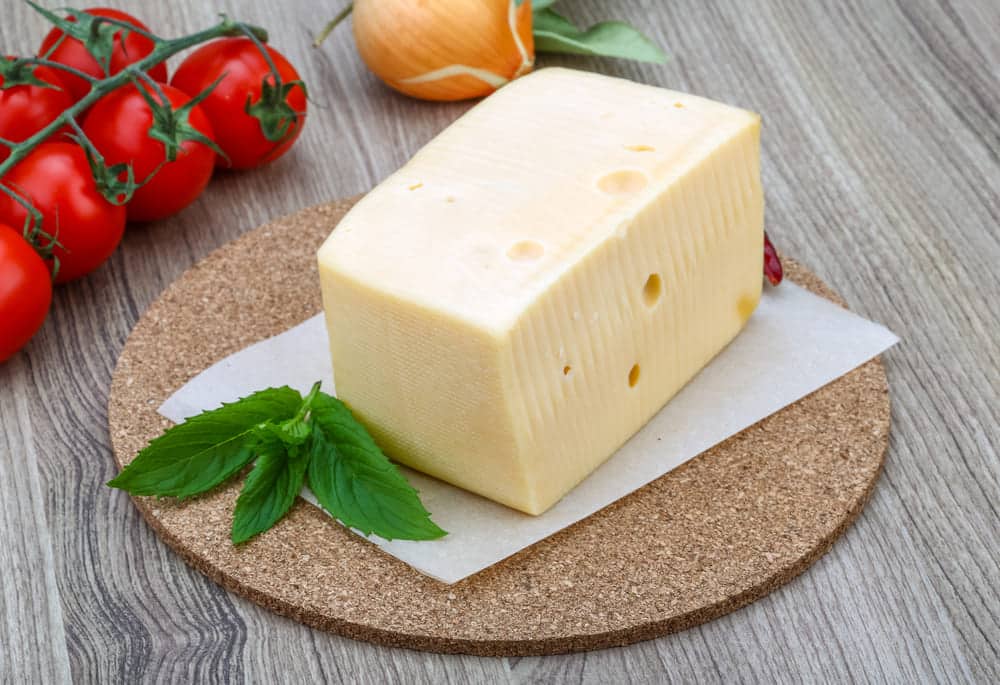