Pasta is usually prepared on its own with veggies, seafood, meat, and seasonings. However, many people add pasta to the soup as it helps enhance the texture of the soup and makes it heartier. So, if you want to make soup, we are sharing the best pasta varieties that you can use!

Spaghetti is one of the best choices if you want to prepare the soup. It is used in the preparation of cream of chicken and minestrone soup. The best thing about spaghetti is that it can be trimmed into different lengths and add texture to the soup.

It is a smaller form of regular shell pasta, which is why it can be used to add texture to stews and soups. In addition, it can be used in baked pasta and stuffing recipes. In particular, conchigliette can be used to prepare minestrone soup, which also has carrots and kidney beans.

This pasta is known for its round and tiny shape – it’s actually named after peppercorns. It is widely used in the preparation of Italian wedding soup. The soup has a chicken broth base and pasta uplifts the richness of the soup. In addition to soup, it can be added to frog’s eye salad as well.

This is a longer variety of pasta and is used in Pasta e Ceci, which is chickpea soup. Usually, the soup base is made from diced vegetables, chickpeas, and water – there is no beef or chicken broth in it. In addition, it can be added to macaroni salad, minestrone soup, or other light broths and soups.

This is a star-shaped pasta and can be used in the preparation of chicken noodle soup. The pasta has a small hole in the center, which helps hold the soup and other ingredients, which gives a hearty mouthful. In addition, you can use it in soup that’s made with soft carrots and chicken meat.

This is the squat and smaller version of penne noodles and has slanted ends. It can be used to prepare potato and greens soups or other Italian soups. In addition, you can add mezze penne to chicken and tomato broth to make a comforting dinner meal.

Anellini is a small and round-shaped pasta, which is usually used in baked pasta recipes. In addition, it can be cooked with soup or sauce as well. In addition, you can make tomato bisque and add anellini to thicken the texture.

This pasta is commonly known as the smaller version of lumaconi – it’s shaped like snail shells and adds amazing texture to stews and soups. It has a hollow center, which helps absorb other ingredients, promising a better mouthful.

The pasta has a curved shape, which makes it suitable to hold the sauces. In addition to the soups and stews, you can combine lumachine with greens and lentils to make a hearty dinner meal.

This pasta is shaped like a bow tie and the edges are serrated, just like farfalle pasta. The ends are more rounded and can be used in soups with vegetable and tomato base. In addition, you can use this pasta in potato soup, particularly if there are sautéed leeks in it. Also, you can add parmesan cheese!

This is a small and stout-shaped pasta and is widely used in the preparation of Italian soups. In most cases, it’s used in Pasta e Fagioli, which is prepared with crushed tomatoes and chicken stock. In addition, the texture is enhanced with cannellini beans.

The pasta has a tubular shape, which can also be used in minestrone. In addition, it can be used in pasta salads, especially if the salad has onions, carrots, celery, and pancetta.

This is a smaller variety of pasta and looks like longer rice grains. The pasta is made from semolina flour or durum wheat flour. It’s native to Italy and can be used to prepare Minestra d’Orzo. It has a savory and light broth that’s made from vegetable or chicken broth.

In addition, the soup has starchy potatoes, which add rich and heartiness to the texture. However, it’s recommended that you boil the pasta separately and add it at the end of soup preparation. 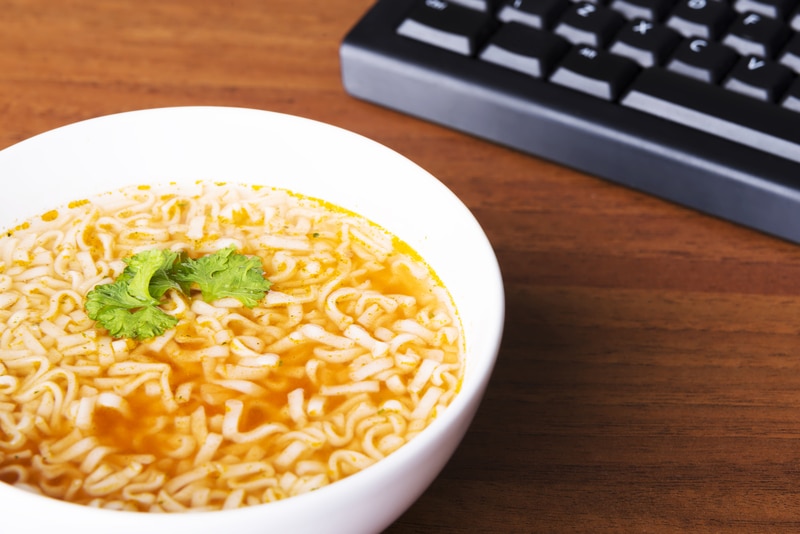