Angelica is a well-known plant, and all its parts, including fruit, seed, and root, are used to produce medicine. The angelica root is used to treat intestinal gas, loss of appetite, heartburn, blood circulation, and arthritis. On the other hand, in the cooking field, the roots are used in the production of spirits and gin, while the leaves are candied for decoration and garnishing purposes. However, it’s not very easily available, so let’s check out the substitutes!

If you don’t have angelica roots available, you can toss in some celery leaves. The appearance of the leaves is different from the roots, but they have a similar flavor, so it’s a win-win situation. Angelica root has a more pungent flavor, which is why you have to add more celery leaves to keep up with the flavor. However, you should start with an equal substitution amount and add some ground celery seeds on the top to amp up the flavor.

The celery leaves can be used in place of angelica roots in casseroles and soups. In addition to celery leaves, you can also use celery stalks, particularly in slow-cooked recipes. This is because the celery stalks need time to cook and impart flavor to the food.

The lovage seeds have a similar appearance as ajowan seeds as they are brown, crescent-shaped, and small. The seeds have a pungent aroma, and the flavor is similar to lovage leaves. For this reason, it can be used to mimic the angelica root’s flavor. However, it’s worth mentioning that finding lovage seeds in the grocery stores can be hard, but you will be able to find them at the specialty spice stores.

If you want to add lovage seeds to the recipe, it is recommended that you crush the seeds gently as it helps release the flavor before initiating the cooking process. They can be used for baking and adds a great flavor to pastries, bread, and biscuits. In addition to this, it’s a great choice for people who make cheese at home as it adds an interesting flavor. Not to forget, the lovage seeds can be added to vegetables as well as salads for adding a pop of flavor.

Commonly known as celery root, celeriac has a knobbly appearance and is easy to find in grocery stores. Celeriac is known for its firm and crispy texture and has a lovage-like and nutty flavor. However, it achieves a sweet and mild undertone when it is cooked. Keep in mind that using celeriac limits your options, but it’s a great addition to recipes that need an earthy flavor.

For the most part, celeriac is used as a replacement for angelica root in slow-cooked recipes and soups. In addition to this, you can slice some for grain salads and add them to sauces, such as remoulade.

This is yet another alternative for people who don’t mind the leafy appearance, but since it belongs to the lovage family, it will be able to replicate the flavor. It can be easily purchased from grocery stores, but the flavor is less pungent when compared to angelica root and lovage. In addition to this, you should add some ground celery seeds to the recipe to enhance the flavor.

If you have access to the Asian grocery store, you can opt for Chinese celery. It has an appearance like regular celery and has a similar flavor. However, the Chinese version of celery has a peppery undertone with a pungent and fragrant aroma. For this reason, it’s recommended that you cook Chinese celery to tame the flavor. It complements ham, lamb, chicken, and turkey. In addition, it goes well with stir-fry dishes and fried rice recipes.

If you need to use an alternative that can be used in a pinch, you can opt for fennel stalks. Its appearance is different from angelica root, but the texture is quite similar. It has an anise flavor but tends to have a pungent aroma. In addition, we recommend that you add a bit of celery to create a well-balanced flavor. On a concluding note, these are some reliable and flavorful substitutes for angelica root and are easy to find. 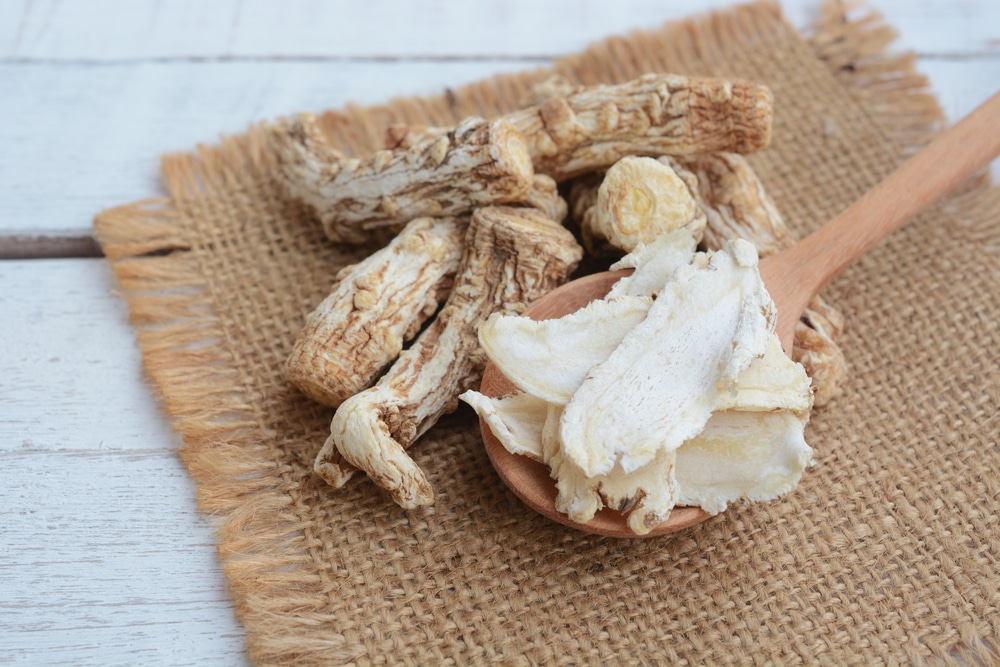