Everyone loves to munch on pizza, and it is known for its Italian origin. However, there is a clear-cut difference between American pizza vs. Italian pizza because the flavor and crust are different. Honestly, if you have tried pizza from America and Italy, you would know the differences, and we are sharing more information, so you can choose between the two according to your flavor preferences.

This is one of the most common differences between the sauces used in these pizzas. For the most part, American pizza is made with slow-cooked tomato sauce, and some restaurants also make their own savory and tangy recipes to add a unique touch to the pizza. On the other hand, Italy uses fresh pureed tomatoes, olive oil, oregano, and garlic on the pizza, which leads to the herby and fresh flavor.

Everyone in the U.S. loves meat on the pizza, which is why the American pizzas are topped with bacon, hamburger, sausages, ham, and pepperoni, and there are various other meat options available. On the other hand, Italians don’t like the idea of meat on pizza, and they also call it a sacrilege. For this reason, Italian people don’t just mix meats because they like to achieve unique flavors of meat, so even if they use meat, the pizza will only have a specific type of meat.

Italy is the heaven for people who like to have choices of crusts, and it wouldn’t be wrong to say that every village has unique crusts available. For instance, some places in Italy have a thin crust and seem like munching in cheese crackers with pizza toppings because Italians stretch the dough too much and are light enough to make people eat an entire pizza. On the other hand, American pizza is available in the thin crust as well as deep-dish pizza. The deep-dish pizza has a thick crust, and it seems like you are biting on the freshly baked bread. In addition, American pizzas are available in floppy slices, Detroit pan, and coal fire.

When it comes down to Americans, they are known for diverse taste buds, which is why the pizzerias often make different toppings and a variety of cheese. For instance, if you order plain pie pizza in America, it will have more cheese as compared to regular Italian pizza. This is because Italian people consume pizza on the go, which is why they need to be digestible and light. For the same reason, Italians only use one topping on their pizza. On the other hand, Americans love mixing toppings as they make a combination of ingredients, including cheese, seasoning, spices, and meat.

The first pizzeria in Italy was made in 1738 which would sell the Neapolitan pizza with different topping options. As far as the American pizzas are concerned, its history revolves around Italy because the first American pizzeria was opened in Little Italy of New York City. However, the American pizzas already had a variety of presentations, toppings, and tastes.

Italian pizzas use pure and fresh tomato sauce (it is generally unflavored) and don’t have any colorings or additives. On the other hand, American pizzas are made with flavored and thick tomato sauce, and it’s a precooked sauce.

The typical American pizza is simply incomplete without mozzarella cheese, and the cheese is skimmed and has low moisture. In addition, the cheese is salted before it’s added to pizza, but other types of cheese are also used, including provolone. As far as Italian pizzas are concerned, they use mozzarella cheese, but their cheese preparation is different, which leads to moisturized and wet cheese. 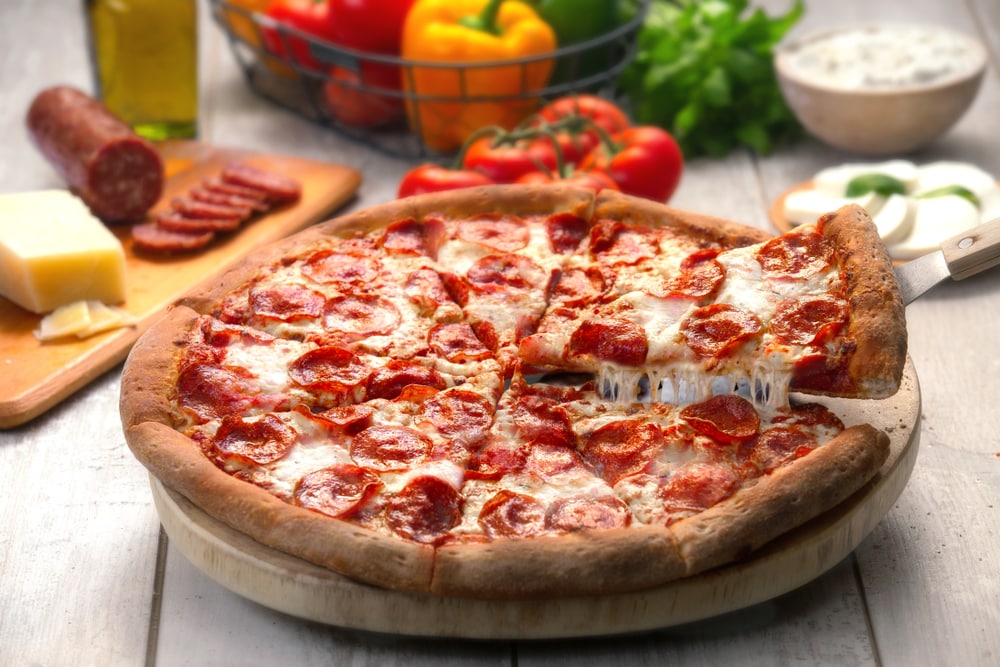 1 thought on “American Pizza vs Italian Pizza – Is There A Difference?”